This Particular Friday's "FANTASTICK" Fact: "Deep in December it's nice to remember The fire of September that made you mellow." 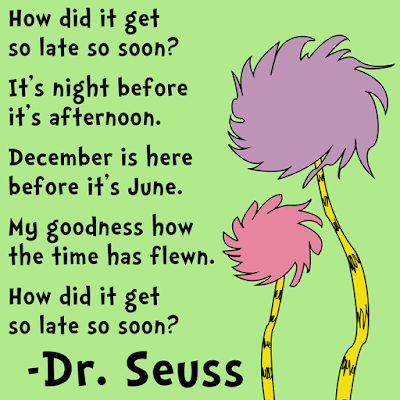 Before the official onset of summer 2017, which was Wednesday, June 21, 2017, I told myself that I would make sure that I went to the beach once a week. There are many beaches near Manhattan and all of them are normally accessible by public transportation.

However, this summer getting to any beach via public transportation was impossible due to major construction on all railroad and subway stations. I wrote about the scenario in a previous post here on Blogger which you may refer to by clicking here.

I had also hoped to work around that transportation problem by tandem cycling to The Rockaways (a beach off the Atlantic Ocean) in the borough of Queens, but our plans were cancelled due to heavy rain.

And now September is here and I have not been to the beach. This fact brings the Dr. Seuss quote seen in the image atop this entry to my mind.

I do realize that one can still go to the beach in the fall. In fact, in bygone years, I cycled with my captain to the beach at Coney Island (in Brooklyn) during the month of October.
Moreover, summer has not officially ended for the year 2017. Friday, September 22nd 2017 is the date for that. Besides, according to lyrics in a song (from Camelot) sung by Richard Burton:

"By order, summer lingers through September
In Camelot.
Camelot! Camelot!
I know it sounds a bit bizarre,
But in Camelot, Camelot
That's how conditions are."

Aside from the sound of the ocean, one thing that I really enjoy about going to the beach is that I can observe American Oystercatchers, the shorebird seen in the following images which I took at Long Beach (on Long Island, accessible by the LIRR when it's running) when my sister visited me last summer. 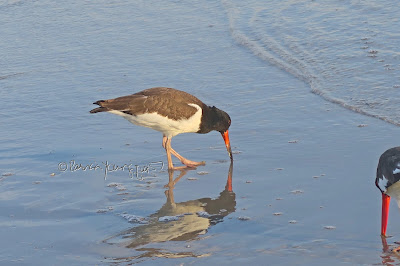 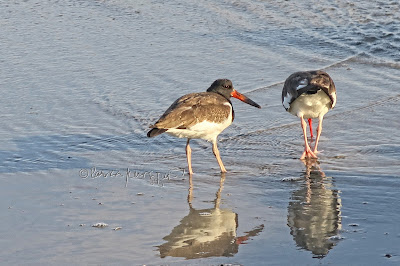 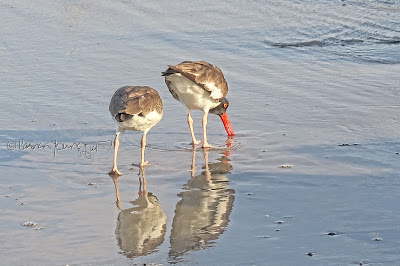 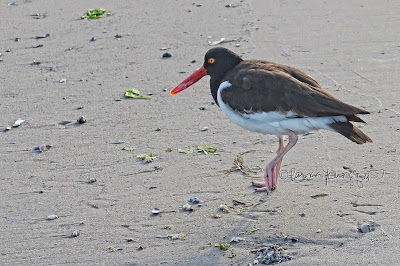 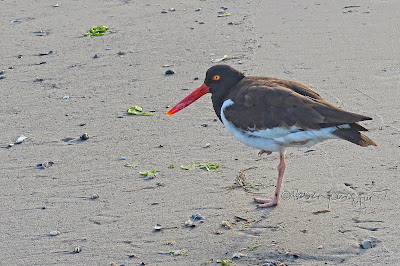 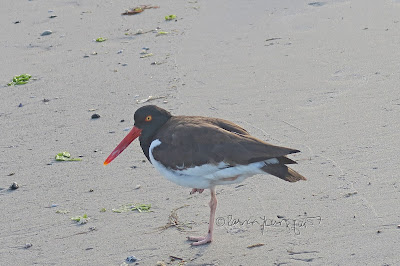 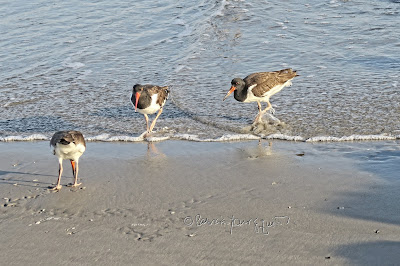 I certainly hope I get to see these birds this year, but, if I don't, at least I will get to help them!

This is because I've registered to participate in an event (scheduled to take place this September 16th) that is sponsored by the Audubon Society that is located in NYC, which is described in this manner:

"... take part in a multi-state effort to improve coastline habitat. The North Channel Bridge area, used by species like the American oystercatcher, is also a stone's throw away from the Harbor Heron Island and the Jamaica Bay Wildlife Refuge. Help us clear the beach and raise awareness of the importance of coastal areas to birdlife.

The North Channel Bridge Beach Cleanup is part of an annual international effort coordinated in NYS by the American Littoral Society (http://www.littoralsociety.org). It is a global volunteer effort to cleanup beaches for the marine life, shore birds, wildlife, and you- the beachgoer. Anyone can participate and it is a great way to give back and spend time outdoors. No other program in New York does more to improve the coastal environment than the International Coastal Cleanup."

On another note, September 1st is Lily Tomlin's birthday! I think it's kind of unique that her day of birth (September 1st) coincides with a holiday which honors Emma Nutt.

According to Wiki, "Emma Nutt lived from July 1851–1915 and she became the world's first female telephone operator on 1 September 1878 when she started working for the Edwin Holmes Telephone Despatch Company (or the Boston Telephone Dispatch Company in Boston, Massachusetts, USA." 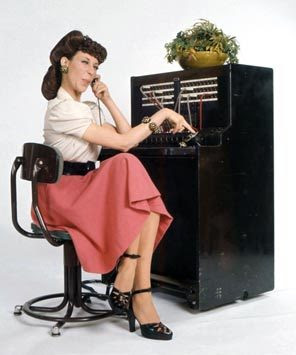 Here are some clips:

And with that, dear reader, there are so many things to enjoy about September, for as the song says,