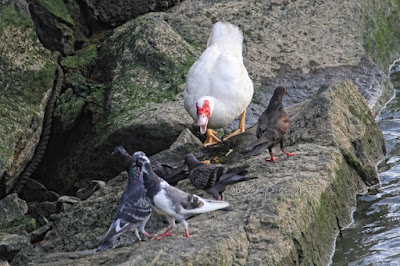 In yesterday's blog post, I discussed how a certain physical trait ("red facial skin with odd warty growths") of the Muscovy duck, reminded me of a trait I have as a result of my own medical condition, which is know as NF-1 (Neurofibromatosis Type One).

The bird type I'm referring to can be seen in the photograph posted above, where he/she seems to be having a good laugh over something the pigeons (also picture here) may have said.

It was moving to see these bird types interacting with each other while not making an issue of their differences in physical appearance. Perhaps humans could learn something from these birds re the matter of folks shunning someone because of a "deformity" that another individual may have.

Within one of my earliest entries here on Blogger, I admitted "that I often hesitate to admit that I have Neurofibromatosis-Type-One (NF-1) because people's attitudes towards me having it have caused great emotional pain that has often been harder to live with than any pain caused by a neurofibroma."

However, I went on to say, "Meanwhile, it is important for me to mention the condition because not only has it shaped my art-work, but I owe the community of those diagnosed with NF-1 as well as NF-2, any awareness that can be raised. Joseph Merrick, the man associated with Elephant Man's Disease (often confused with NF) used to sign his letters with this poem by Isaac Watts:


'Tis true my form is something odd,
But blaming me is blaming God.
Could I create myself anew,
I would not fail in pleasing you.
If I could reach from pole to pole,
Or grasp the ocean with a span,
it would be measured by the soul,
The mind's the standard of the man.'"

In the aforementioned entry, I also stated "As with other folks who have NF-1, the consequences have impacted my ability to be considered for decent employment and there have been many awkward social implications throughout my life in terms of prejudice from those who fear disfigurement."

Therefore, this past Wednesday when I first encountered the Muscovy duck, it was most endearing to see him/her being accepted (in spite of odd warty growths) by pigeons as seen in the first photograph above, and by Mallard ducks (as seen in the next set of pictures). 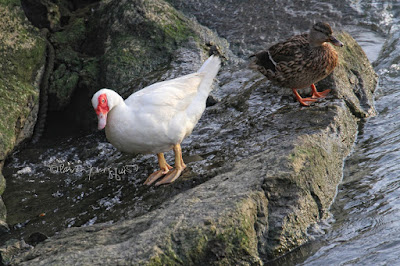 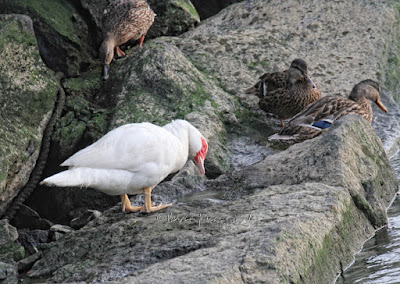 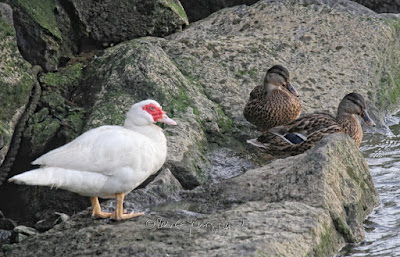 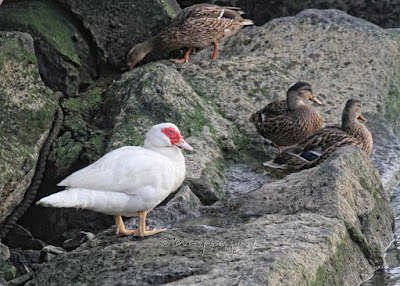 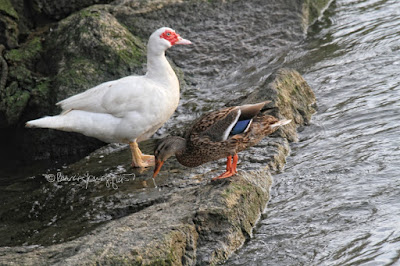 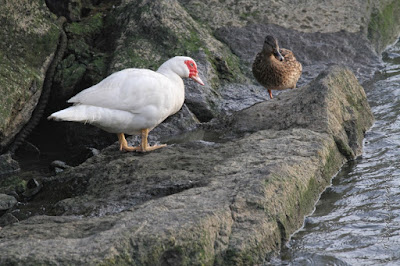 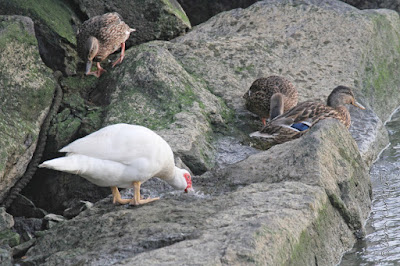 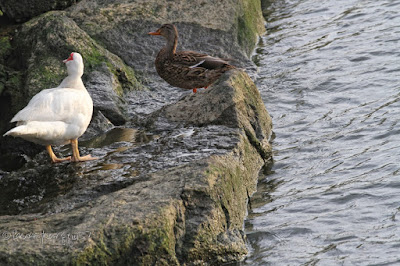 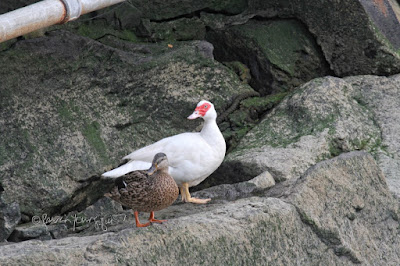 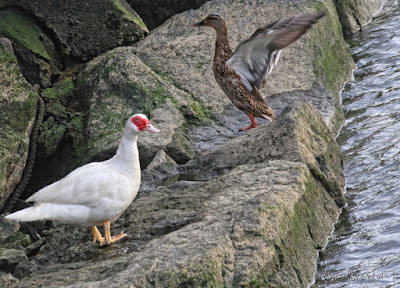 And it was also endearing to see the Muscovy and a baby river rat tolerating each other being in their midst as evidenced below. 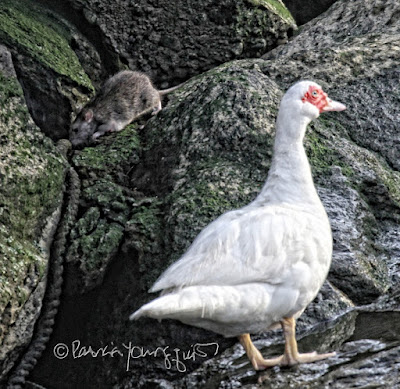 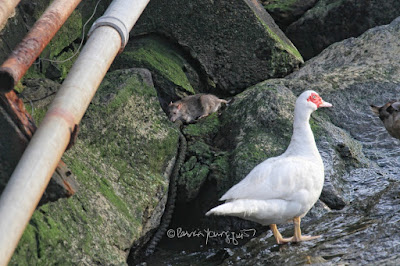 I'm aware that there are times that members of the animal kingdom do pick on ones deemed to be inferior, but this was not the case when I witnessed members of the wildlife community spending time with this Muscovy duck; and it was most refreshing!
Posted by The Last Leaf Gardener