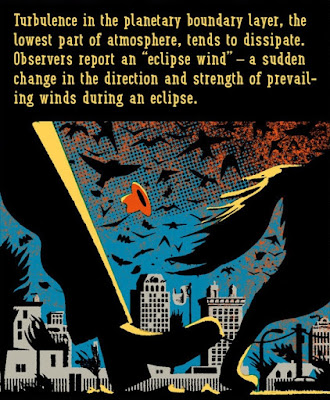 Hello, and welcome to the fifty-third week of my Tuesday's Truths series, since this particular day falls on date after The Great American Total Solar Eclipse, I thought I'd post content about what one can do with their eclipse viewing glasses.

A web-page on Smithsonian, states "Though it's tempting to save them until the next solar eclipse in 2024, (which will cross eastern Canada, the central U.S. and part of Mexico) you must first check with the company to see if the glasses will last. As Cassy Sommer at Staten Island Live reports, some eclipse glasses manufacturers warn that the lenses expire after three years. But according to NASA, if the glasses are compliant with the ISO 12312-2 safety standards, which were adopted in 2015, they should be reusable indefinitely. Just make sure you keep them in a safe spot: Seven years in a junk drawer will likely lead to scratches or abrasions, which can make the glasses dangerous to wear."

As an alternative to saving them in a junk drawer, they have many suggestions, which you can read about by clicking here. Meanwhile, dear reader, if you did get the view the eclipse in any form in person or via streaming, I hope you enjoyed it.

Btw, the image atop this entry is from an article in The New York Times, which I referenced in my entries here on Blogger re the event.
Posted by The Last Leaf Gardener