Wednesday's Wisdom: Back in the Saddle (After all, May is National Bike Month) 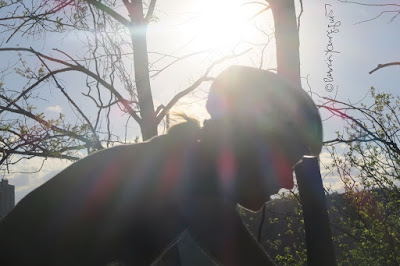 Last evening I went tandem cycling with my captain, ZW, for the first time since I had an accident (not related to bike riding) in May of 2016. (Incidentally, the photograph atop this entry is of an unknown cyclist who rode in front of me as I was trying to take a picture of last night's sunset!)

In any event, prior to the last time that ZW and I cycled (4-14-2016), she and I had been cycling on a frequent basis since 2009! Much of this has been chronicled in posts on my social media venues. ZW and I have participated in large cycling events that covered between fifty and seventy-five miles; including The Five Boro Bike Tour (five times), The Tour de Bronx (twice), and Twin Lights Ride (once).

Additionally we have participated in smaller group rides in the winter time, including one which took us to The Lights in the Heights (twice). Moreover, we have had persons join us when we cycled to Piermont as well as to the State Park off River Road. And, on our own we have cycled many miles around and outside the city, including a trip to the beach at Coney Island. However, our usual route is to cycle up the greenway (along the Hudson River) 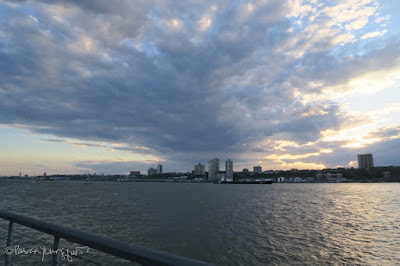 to The Little Red Lighthouse which is in close proximity to The GW (George Washington Bridge). 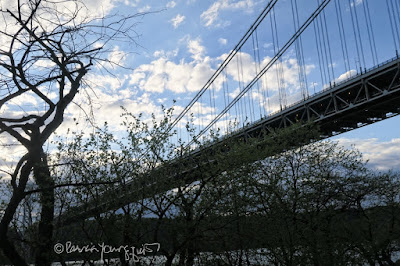 And our usual route was what we did last evening. I am very grateful that I was able to endure the ride (with energy to spare) after not having cycled for over one year; and near to the time of the anniversary of my accident. What a great way to ring in the month of May, which happens to be National Cycling Month!
Posted by The Last Leaf Gardener