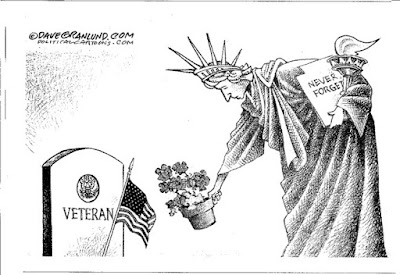 Hello, and welcome to week forty-three of my Tuesday's Truths series, with a post dedicated to the initial day Memorial Day was once celebrated (May 30th, no matter what day of the week that date occurred).

As you undoubtedly know, dear reader, folks (including yours truly) living in the United States celebrated the holiday yesterday, as it is currently revered on the last Monday in the month of May. The celebration I attended took place in The Bronx, in which one of the guests happened to be a thirty-five year old parrot.

The bird can be seen here (in images that are directly below), alighting on the arm and hand of the man who cares for him. 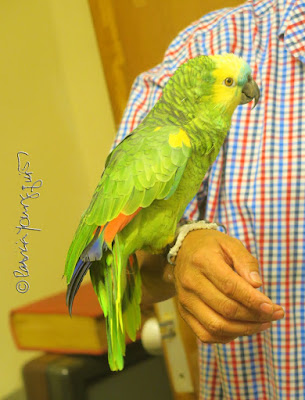 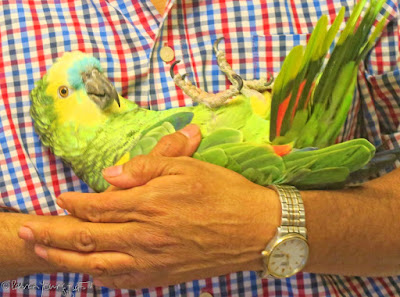 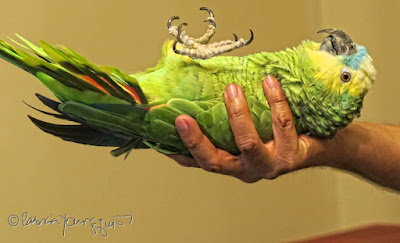 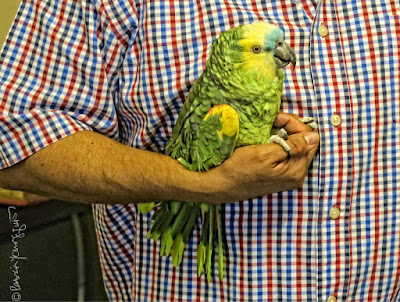 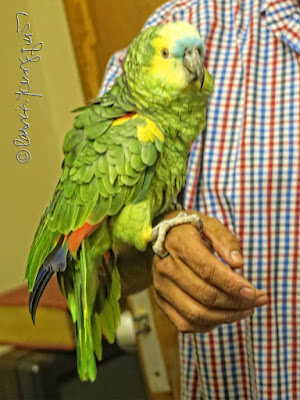 In any event, from 1868-1971, Memorial Day, originally called Decoration Day (to "promote" the decorating graves of those who lost their lives in war), was always observed on May 30th, prior to the observance being moved to the last Monday of the month. In 2011, I wrote about this in detail here on Blogger, you may reference my entry by clicking here.

Meanwhile, the tradition of Fleet Week, celebrated annually in NYC, sticks to the "old" day of observance, arriving in NYC one week before May the 30th; and, ending its festivities/events on the initial date Memorial Day was once observed.

The sailor figurine (below), 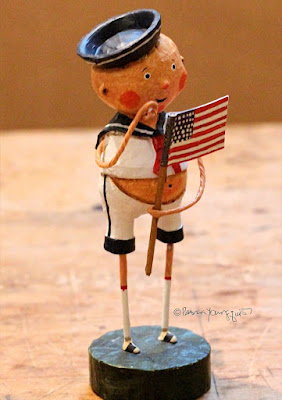 wanted me to remind folks of the schedule re Fleet Week for today, May 30th 2017.

Ship departures are as follows:
USS Zephyr (PC 8) will depart at approximately 7:30 a.m. from the U.S. Merchant Marine Academy in Kings Point

USS Lassen (DDG 82) will depart at approximately 8:15 a.m. from the Homeport Pier in Staten Island

USS San Jacinto (CG 56) will depart at approximately 8:45 a.m., with USS Monterey (CG 61) following at 9:15 a.m. from the Brooklyn Cruise Terminal (in the Red Hook community)

USNS Yuma (EPF 8) will depart the SUNY Maritime College in the Bronx at approximately 1:30 p.m.

Participating ships depart, signaling the completion of the 2017 Fleet Week New York.
Event is free and open to the public to view.

"My" sailor and his comrade, seen in the next picture, 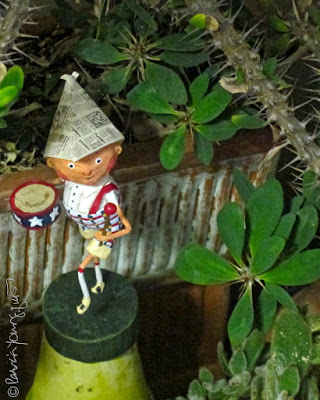 wish everyone involved a safe journey. And along with me, send our condolences out to famlies who have lost their loved ones to the horror of war.

P.S. I saw the cartoon atop this entry in my Twitter feed, but have been unsuccessful at deciphering the name of the cartoonist who created the work. I will update this blog post whenever I receive the information.
Posted by The Last Leaf Gardener