A Friday Follow-Up AND "This is not a joke..." Turns Out "My" Peregrine Falcon is an American (or Common) kestrel! 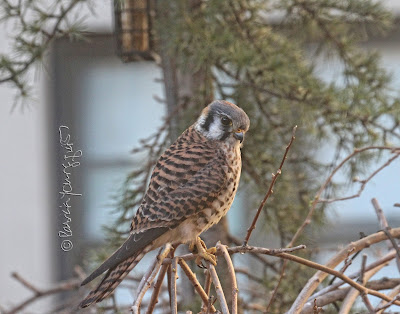 Yesterday, in one of my entries here on Blogger, I announced that a member of the fauna community whom I had never seen in my urban garden, paid me a visit. The bird I'm referring to can be seen in the image atop this entry where he/she is alighting on the branches of my kiwi vines, that wrap around the railing of my rooftop garden (in NYC).

In the aforementioned post, I wrote this about my newbie visitor : "I studied the newcomer through the camera's long lens and made the determination he/she was a Peregrine Falcon..."

However, because I'm not that confident in my bird ID-ing skills, after I published my entry on Blogger, I went to my Facebook Page for The Last Leaf Gardener as well as my Facebook Page for Patricia Youngquist, and I reached out to those who read my page, asking if I was correct in my determination. As it turns out I was not! It turns out that "my" visitor was not a Peregrine Falcon, but she was an American (or Common) kestrel!

My FB followers who are bird experts either through their being a bird enthusiast, a bird rehabber, or who are someone that is a naturalist writer with a broad knowedge re birds, all weighed in on my question re the avian visitors's ID. They each confirmed for me that her bird type is an American kestrel (or Common kestrel). Upon hearing their feedback, which I very much appreciated (under statement), I added an addendum to yesterday's post. Here it is:

ADENMENDUM AFTER POSTING THIS, the helpful and very knowledgeable bird rehabber, Amanda Remsberg, as well as the artist Leslie Monday, were kind enough to weigh in on this! My newcomer seems to be an American or Common kestrel; not a Peregrine Falcon! Very grateful for this info! FAKE NEWS, on my part, might've struck again if not for Amanda and Leslie!

ALSO THIS JUST IN, the naturalist, Joan Morris has just offered some more info in a comment on my FB posting re this matter. Morris states: "Yes, you have a lovely American kestrel (great photos) in the act of eating an unfortunate rodent. I believe it's a female. The male has slate blue on his wings and this one obviously does not. The kestrel hunts by hovering in the air until it spots something tasty, then it swoops in for the kill. Kestrels and other raptors and owls will help cut down on your rodent problems. Hope your neighbors aren't using any rodenticides!"

My error in announcing the wrong ID (here on Blogger) re yesterday's avian visitor, has caused me to think of Jordan Horowitz's response at The Oscars, this past Sunday, upon learning that although, his picture. "La La Land," had been announced as winner of the Best Picture Award, the actual winner of The Oscar was the film, "Moonlighting." Horowitz's reaction to the mistake can be seen in the You Tube Video posted below:

I can almost here a nearby Peregrine Falcon saying, "It's a mistake. My bird type is not the one who was a visitor to TLLG's (AKA Patricia Youngquist) garden, that visitor was a female American (or Common) kestrel!"

And, if indeed a nearby Peregrine Falcon were to make an announcement, he/she might even back it up by holding an image of his/her bird type, such as the one seen below,

which came to me courtesy of Joan Lindusky, who posted it (according to FB) fifteen hours ago. And along with the image, Lindusky stated,"Here is the peregrine falcon for comparison. Black head."

I'm very grateful that Joan included an image for comparison and her gesture of doing this reminded me of Horowitz's holding up the proof  (a document) that his picture ("La La Land" had not won), but rather, the movie "Moonlighting" had (as seen below) won the award. 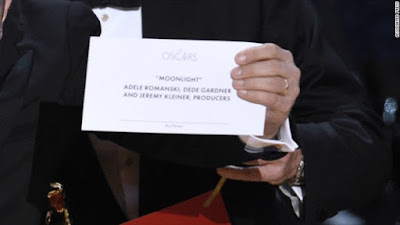 In any event, so much for the snafu at The Oscars!

I'm truly sorry for any confusion that my error may have caused to birds or to humans! And, as I've said, I'm very grateful to those who took the time to help me re the proper ID of yesterday's visitor.

And, with that dear reader, I'll end this entry with some more photographs that I took of the visiting kestrel! 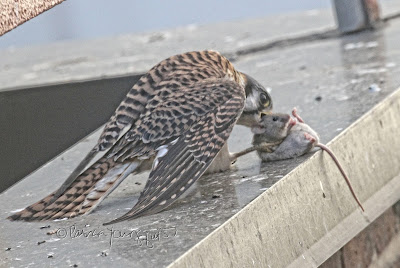 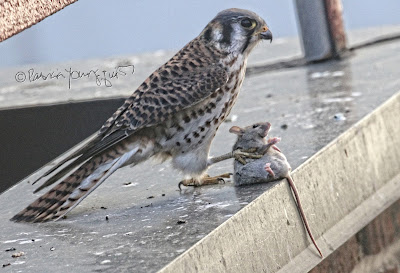 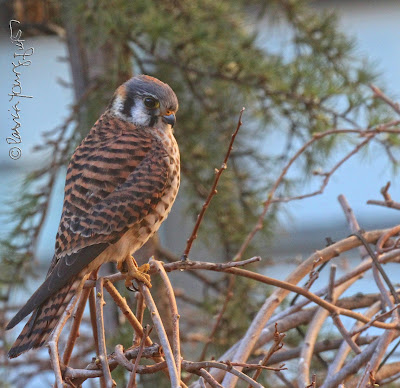 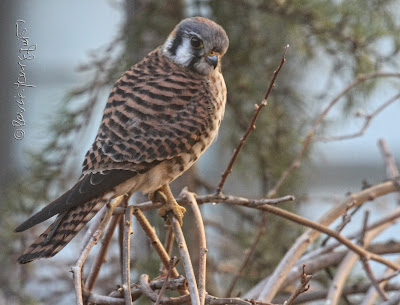 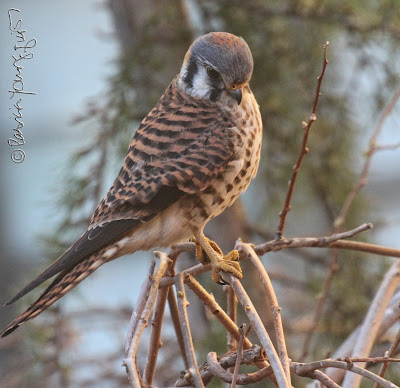 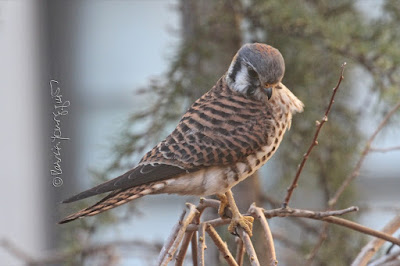 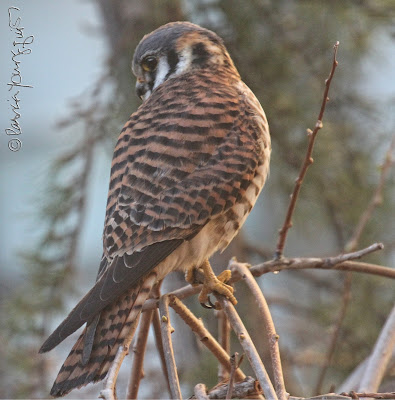