In Honor of the Feast of Saint Francis 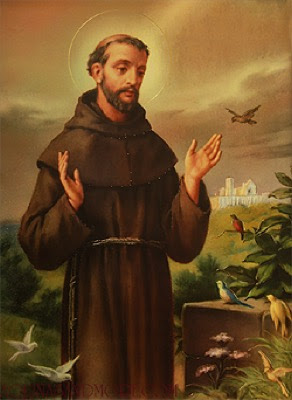 Today, October 4th, is the Feast Day Of Saint Francis. A picture of him from the site by Dr. John WordPeace JD,  can be seen atop this blog entry. This is a saint mentioned in the book, Words In Our Beak Volume One, which is written from the perspective of Cam, a cardinal who visited my rooftop garden (here in NYC) for a number of years. One of the topics Cam discusses in her book is names and how she chose a particular one for her children. Cam writes,"I‘d like you to know that I have another child, my daughter, Pica-John. However, I have no photos of her, for she is even more camera-shy than her father, but I’ll tell you a backstory regarding how I chose her name, and the names of her siblings. I named my other daughter Pica-John, for Saint Francis of Assisi’s mother, Pica. I had not realized that Saint Francis’s mother had wanted to name her son John — not Francis — in honor of John the Baptist. It was Pica’s husband who wanted to name his son Francis. Pica’s husband’s reason for this was he had just returned from a successful business trip to France. This historical event was not lost on me since I am somewhat of an advocate for the rights of female birds. Up until now, I have not been able to do much for my feathered comrades’ rights, but I can in solidarity towards my gender, name my daughter, Pica-John." (Pica-John is not featured in this entry, for as Cam state, her daughter Pica-John happens to be camera shy.)

In any event, re Cam's intent behind choosing her children's names, Cam states, "I named our son Vincenzo because it means conqueror in many languages (including Latin, Italian and English). From the time he was born, he seemed ready to take on the challenges of life and conquer the world, which I suppose he gets from his mother, yours truly." (Cam also chose his name in honor of Nellie Cross, and he can be seen with Cam in the first three photos below, in the fourth picture he is asserting his independence.) 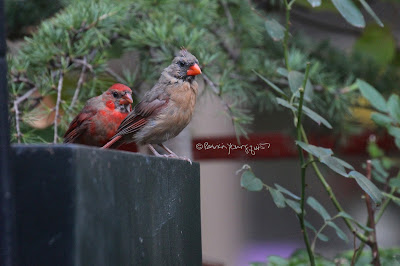 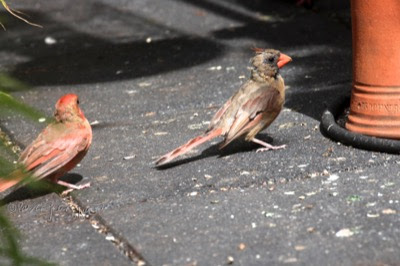 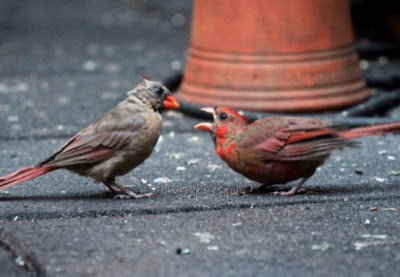 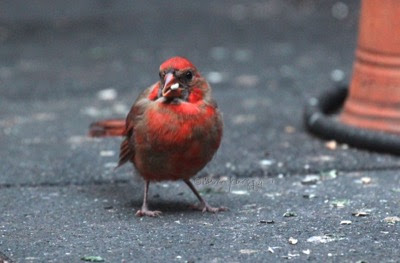 Re Pica-John's sisters, Cam has this to say, "My daughter, Frannie, was named for Saint Francis of Assisi, the patron saint of birds. Names are very important to me. I’m careful about my use of nicknames, especially in regard to my children. Using a nickname for my daughter, Frannie, suits her behavior. Using a formal name to refer to my son, Vincenzo, as well as my youngest daughter, Pica-John seems more appropriate." (Frannie can be seen by herself in the first of the four pictures below. In the second photo posted there she can be seen spending time with house finches, and in pictures three a well as four, Frannie can be seen spending time with Cam.) 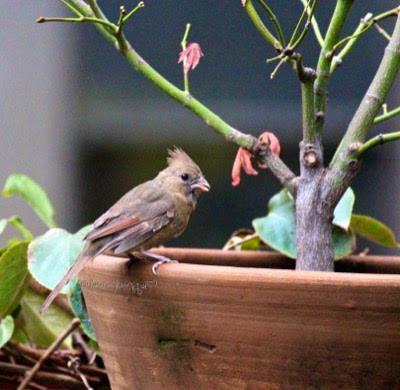 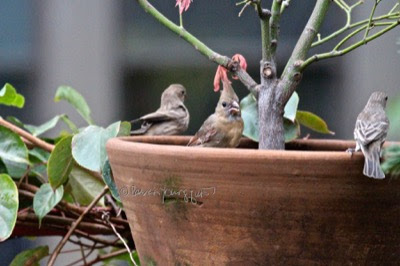 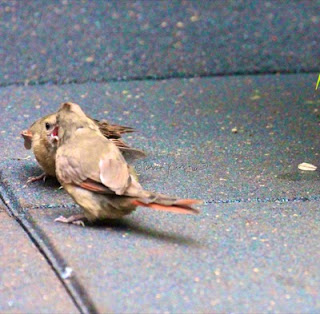 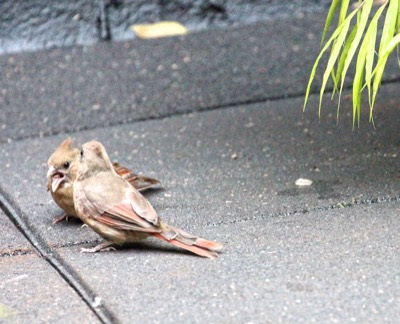 Cam's youngest daughter, Peanut, can be seen in the following photographs. In the first one, Peanut can be seen alone, attempting to partake in her favorite food (peanuts). 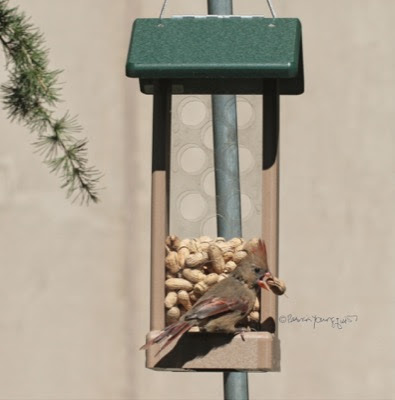 And in the first of the following images, Peanut can be seen alone at one of my other bird feeders that's designed to accommodate whole peanuts. The other two images feature Peanut with her father, spending time in my garden, bonding at a peanut feeder. 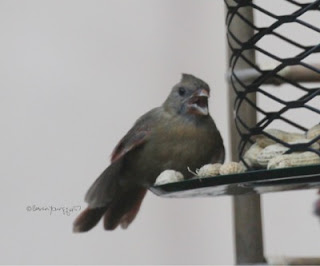 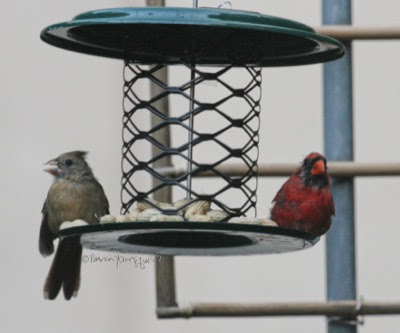 I'm sure you can surmise why Cam named her daughter Peanut.

In any event, on this Feast Day of Saint Francis, I will say that I'm grateful for his appreciation of birds as well as all animals, and I pray he will intercede re my avian visitors and the success of Cam's book, Words In Our Beak, Volume One.