Reflections on "MYSTERIES OF LIFE" 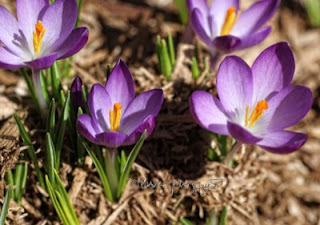 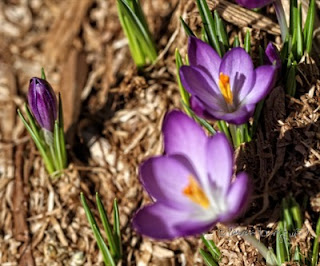 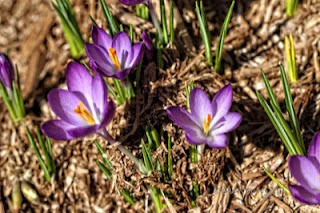 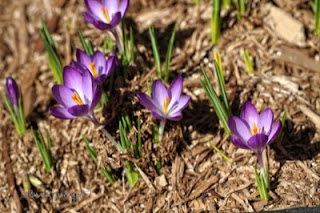 One of my favorite mini essays by E.B. White is, "Mysteries of Life." Recently I referred to it when commenting on an entry on The Writer's Almanac's Facebook Page. And I thought of White's "mysteries" essay again the other morning, prompting me to share it here:
MYSTERIES OF LIFE (9-22-28 E.B. White):
"About once a year the human soul gets into the papers, when British scientist convene. Once a year the mystery of life, the riddle of death, are either cleared up or left hanging. The reports of the learned man enthrall us, and there have been moments when we felt that we were really approaching an understanding of life’s secret. We experienced one of those moments the other morning, reading a long article on the chemistry of the cell. Unfortunately, when we finished we happened to glance into our goldfish tank and saw there was a new inhabitant. Frisky, our pet snail, had given birth to a tiny son while our back was turned. The baby mollusk was even then hunching along the glassy depths, wiggling his feelers, shaking his whelky head. Nothing about Frisky’s appearance or conduct had given us the slightest intimation of the blessed event; and gazing at the little newcomer, we grew very humble, and threw the morning paper away. Life was as mysterious as ever."

The essay came to my mind, not because I was reading through the newspaper to check on the reports of "the learned man," and missed the birth of a creature in the process; rather, I thought of the essay when I woke up this morning after a difficult night caused by my having spent too much time going over and over things I had or hadn't done that made me disappointed in myself.

I think what prompted my giving into this useless type of thinking was the fact that I had visited a friend, TT, at her apartment. TT lives close by and I hadn't gotten together with her in quite sometime. Her television was on and the program being aired (Channel Thirteen) was a history of the folk singing group known as Peter, Paul, and Mary.

Hearing the trio's songs set the wheels in motion in my mind to turn backwards, to times that I had first hear their music, which, for the most part, were very unhappy time.
And as Channel Thirteen flashed from the Peter, Paul and Mary early years, to the Peter, Paul and Mary later years, TT commented that "people look much uglier when they get older, especially Peter, Paul and Mary."
I felt defensive of them upon hearing her remark and informed her that Peter Yarrow (of this trio) lived on her street. I had met him in bygone years when I worked at a shoppe in the hood, a shoppe TT enjoyed.
I mentioned to TT that I thought the year I worked there was the same year that Mary Travers had died, when she succumbed to leukemia after a temporary remission from a bone-marrow transplant.
But all TT could say was that Mary looked horrible in her late years. When I returned to my home after my visit with TT, I felt a bit down from all the memories that hearing the songs of Peter, Paul and Mary had ignited.
And I felt down from hearing TT's disparaging remarks about the trio's physical experience in their middle years of life. Moreover, I was curious to check out if I was correct in my recalling that Mary Travers had died, so I went on-line, but did not stop at discovering that I was correct about her passing, I checked out many related web-pages and videos related to Mary Travers.
I even came upon a clip of when she appeared with Peter and Paul on an old televsion gameshow called "What's My Line?".
In any event, instead of getting a good Friday night's sleep so I could be productive in my weekend endeavors, I watched one episode after another of "What's My Line?"!
Not a wise way to spend my time, especially when I will lose an hour of sleep over the weekend with the changing of the clock, one hour back, in honor of the onset of Daylight Savings Time.
So, what's all this got to do with my recalling E.B. White's MYSTERIES OF LIFE essay?
Exhausted as I was, I had an inkling that if I gave into my regrets of a long gone pas, as well as my regrets of how I spent the recent past (watching episodes of "What's My Line?"), I surely might miss any newborns in my garden, as E.B. White had done when his snail Frisky, gave birth to her son!
And because of this, I went outside in my PJs, and discovered many newborns, specifically crocuses! Images of them are posted above this entry.
I truly am grateful that I had the wisdom I gleaned from E.B. White's essay on my mind or I might've missed the arrival these crocuses! Upon White's seeing Frisky's son, he tells us that "we grew very humble, and threw the morning paper away. Life was as mysterious as ever."
I hope I too, grew humble, and threw the lure of the past away as I recall life is as mysterious as ever!
For your information, if you'd like to read more about E.B. White, I have written about him on Blogger as well as tumblr. I have also written about crocuses on both Blogger and tumblr.
Meanwhile, I was thrilled to discover another mystery of life, a Northern mockingbird — in my garden — taking advantage of the beauty of the arrival of crocuses as seen below.

Birds and their interaction with flora is included in the book that I wrote with Cam, Words In Our Beak, Volume One.
Words In Our Beak’s goal is to open readers to a simple understanding of the winged world and their environment. Set in my rooftop urban garden in New York City, my story is told in the voice of Cam, a female cardinal, who visits it. Words In Our Beak is directed to children and adults who are curious about birds, and want to learn about them from a unique perspective. The book includes hundreds of images of flora and fauna, links to movies, as well as to informative narratives that have been created by the author. The book is available in Apple's iBooks Store and it is in ePub format on Amazon.