While many folks wanted to honor this day because of the sequence of numbers ("9-10-11"), with a celebratory event, tomorrow is a somber day for it is the tenth anniversary of September 11th, 2001. I live in New York City now, as I did when the attacks took place.

Moreover, I came very close to working in the World Trade Center (WTC), a fact that I discussed in a blog entry, which  I made on September the 11th last year; where I made mention of the names of two women, Lashawana Johnson and Margaret Mattic; whom I had met at a job interview which I had had with General Telcom Inc. — a company which had been located on the Eighty-Third floor of One World Trade Center. My interview was ten years, and one month ago today, and that is also when I received the WTC ID (posted below) which I also included in last year's blog post 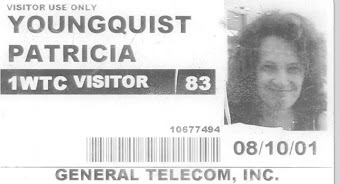 I recall both women (who ultimately perished in the attacks on the Twin Towers) with clarity; and my heart goes out to their surviving friends and loved ones — especially as they relive the event tomorrow morning; and as think of these women.  I am mindful of a Alexander Theroux quote, "September: it was the most beautiful of words . . . he'd always felt, evoking orange flowers, swallows, and regret". I pray that Ms. Johnson's and Ms. Mattic's loved ones  and friends are filled with the beauty of September, not the regret.

And I pray that the first responders, who are being excluded from the memorial of the tenth anniversary of the terrorist attacks, take solace in knowing the work that they did on that fateful day, and in the aftermath, had, and continues to have, value beyond price.

It is a shame that elected officials, many of whom were not even in an "official position," at the time of the attacks, cannot give up their space at the memorial for those who rushed into the burning and toxic filled buildings! Those are the individuals who need to return to the space — if they want — to make peace with the occurrences of that day. After all, elected officials could express their condolences in simulcast format.

Once upon a time, in the mid 1980's, an actor I knew (Richard Backus) had been cast in a theatrical production at the Delacorte Theatre in Central Park. Anyone who wanted to see the play had to sit outside for hours as tickets were not only limited, but they were also on a first come, first serve basis. Backus, as a cast member, was given complimentary tickets, but he turned them down, saying he would wait on line with his family and friends, just as others had to do. I certainly wish our elected officials had that same type of respect for their fellow man/woman/child, but my feelings about elected officials are for another day.

This weekend, we mourn those we lost, and are thankful for those we have. 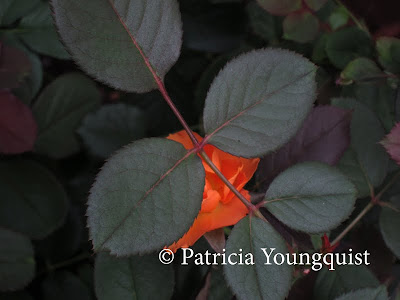