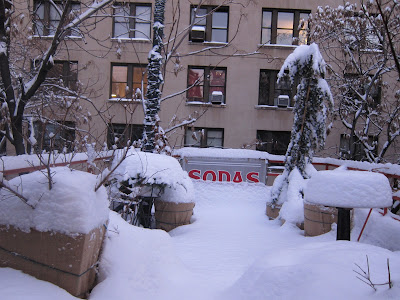 What's a blogger who is a gardener and tandem-bike-stoker to do when snow and frigid temperatures prevent such activities? If cross-country skiing, sledding or building a snow sculpture aren't options; then perhaps thinking about what lies beneath the snow may be the way to go.

As I look out onto my snow blanketed terrace garden (seen above), which I have written about in previous posts that you can read by clicking here and here and here, as well as here, I find myself hoping that in nine days, on February the second, Groundhog Day, that the groundhog will not see his shadow — as this will supposedly signify that winter will soon end.

Hardly the most reliable prediction, but  Acu-Weather could take some lessons from this animal. As an urban gardener, I know that the cold temperatures and remaining snow also cause other urban gardeners that I know to fantasize about spring. However these winter facts-of-life are not a deterrent to accomplishment, as Victoria Mackenzie-Childs (wife and business partner of Victoria and Richard Emprise) clearly proves. Her snow-blanketed garden that she maintains with her husband, Richard MacKenzie-Childs, is located down by the riverside, and can be seen in the photograph below) as it awaits the on-set of warmer weather. 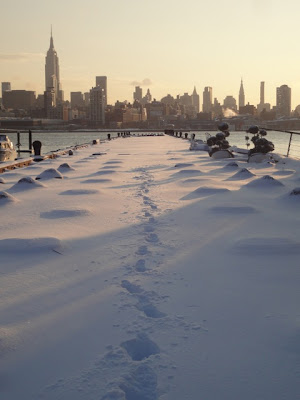 Yes, their garden is down by the riverside, and this is because they live on a boat — the 104 year old ferry boat at the Hoboken shipyard, known as the Yankee Ferry — and their garden is on the boat's (now snow covered) pier. Victoria and Richard Mackenzie-Childs, the garden's owners, are well known artists.

They have also been guardians to the historic, and allegedly the last remaining Ellis Island Ferry Boat, for about ten years. Living on a boat in winter weather has them hoping the groundhog will not see his shadow on February second, as it is quite cold these days aboard Yankee Ferry but this has not stopped either of them from being on the move, as you will see by the end of this entry. But what about their garden beneath the snow?

Their garden is known as The Polka Dot Garden, and looked like this (see photos below)... 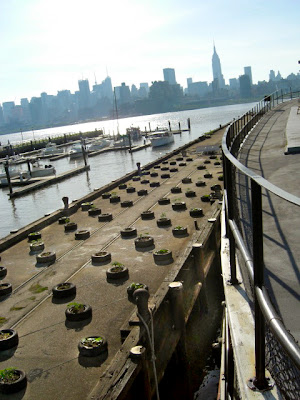 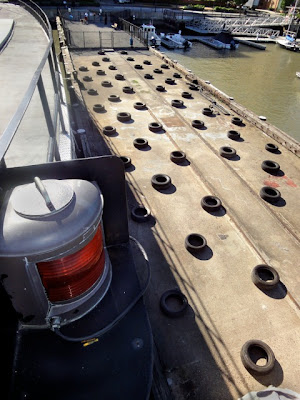 ...at the beginning of gardening season last year.

The story goes that one day the boat crew was gathering tires for "fendering" to serve as a cushion preventing the pier from damaging the boat, when the idea of growing herbs and tomatoes inside the tires was born. Since the diagonal alignment of the tires had a resemblance to polka dots, Victoria Mackenzie-Childs named the endeavor The Polka Dot Garden.

Because of her many patterned products, it is no surprise that Victoria connected the dots to give the garden this name. However, this is not the first time the use of polka dots came about by happenstance. Polka dots used in patterned fabric has been credited to Walt Disney.

It is documented that when Disney was designing Minnie Mouse's outfit, he was pondering what type of pattern should be used for Minnie's skirt; stripes were out, and plaid was too hard to animate, and as he contemplated this dilemma, a drop of ink fell on his drawing, prompting Minnie Mouse's distinctive white on red polka-dot skirt. As the drop of ink could've ruined a drawing for Walt Disney, rows of tires could have been limited to fendering for Victoria and Richard Mackenzie-Childs.

However, since they are a "if-life-gives-you-lemons-make-lemonade" couple, as you might know from their well documented struggle to keep the branding of their products, and as you also might surmise from the photograph of them posted below, they are always on the move. 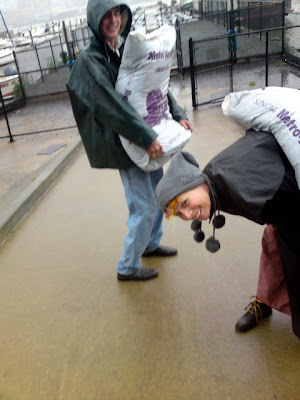 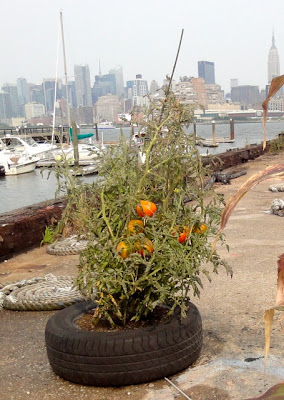 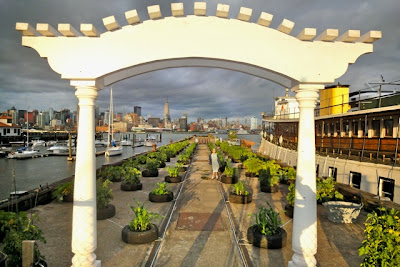 Along with her brother, Felix, she is the co-star of many Victoria and  Richard Emprise videos promoting their unique products.Whether the groundhog sees his shadow in nine days or not, Victoria and Richard will be on the move, continuing to live out George Bernard Shaw's philosophy (expressed before he won the  Nobel Prize for Literature in 1925) in which he stated "You see things; and say 'Why?' But I dream things that never were, and I say 'Why not'?"
Posted by The Last Leaf Gardener