What a differnce a week makes! 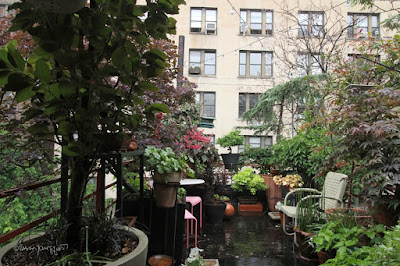 One week ago on May 23rd 2021, the “real feel” temperatures climbed into the 90's and in my last Tuesday's Truths segment, I mentioned how these conditions are very hard on our avian community.
Today — one week later — the temperature is no where near those which occurred in that mini heat wave. They have been hovering at 52 degrees with real feel temps around 44 degrees, accompanied by a third day of steady, heavy rainfalls (which can be seen in the photograph atop this entry featuring a partial view of my rain-soaked garden.
But weather wasn't going to ruin my visiting birds's (there were several, including the adult European starling... 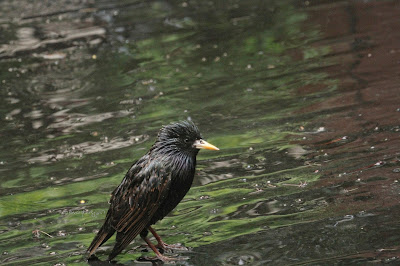 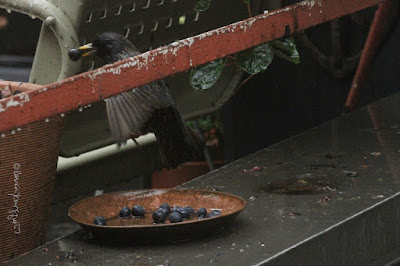 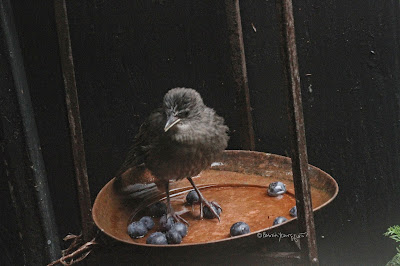 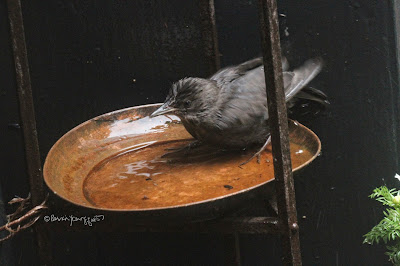 ... and a lone American robin seen in the next sequence of pictures) plans to spend time in my place. 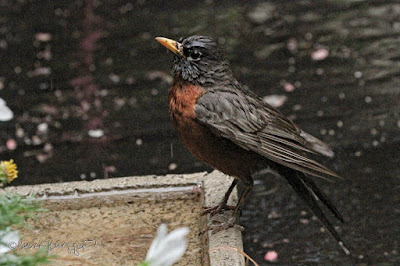 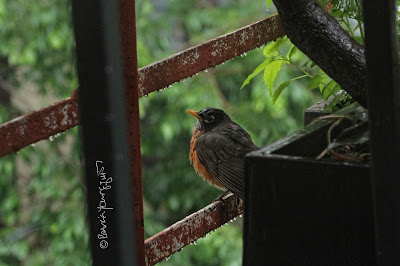 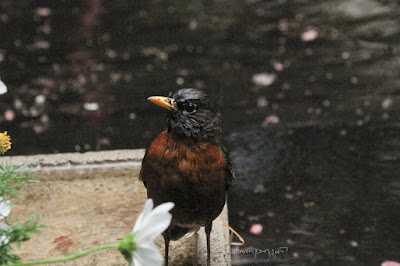 On another subject, and as you may know, the avian varieties featured in this post are included (along with 25+ other avian creatures) in my three volume hardcover book series, Words In Our Beak.
The goal of these books is to open readers to a simple understanding of the winged world and their environment. Set in a rooftop urban garden (mine) in New York City, my story is told in the voice of Cam, a female cardinal, who visits it. Words In Our Beak is directed to children and adults who are curious about birds, and want to learn about them from a unique perspective.
Posted by The Last Leaf Gardener