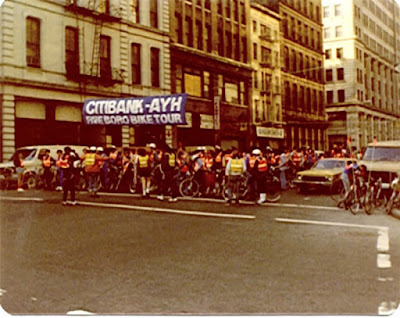 Under "normal" circumstances, The TD Five Boro Bike Tour would be occurring today, as it always takes place on the first Sunday in May.
This annual event began on June 12, 1977 (an image of the event from Bike New York's web-page) and it was known as the Five Boro Challenge with 250 participants.
Going forward it took place every year on the first Sunday in May hosting up up to 32,000 riders from every state in the nation and 65 countries around the world with the exception of last year when it was cancelled as NYC was in the throes of the coronavirus pandemic related lockdowns.
There were plans for that cancelled tour to take place in the late fall or early summer of 2020 but the consequences of the raging pandemic, with no vaccines yet available brought any such plans to a halt. It will not take place today, on this first Sunday in May either, however, plans are in the works in going forward with this cherished event.
I am grateful to have been able to participate in it for a number of years and a few of these moments can be seen in the following sequence of group images.
2009: 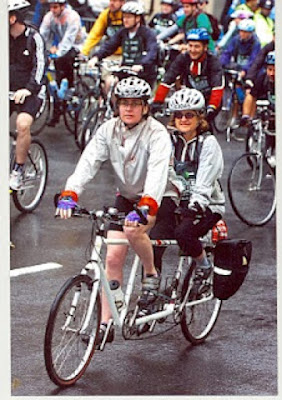 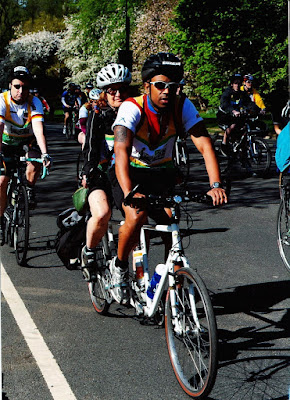 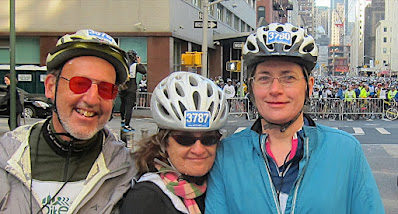 2013's event coincided with Cinco de Mayo, where upon completition we toasted our accomplishment at an UWS restaurant known as Santa Fe. 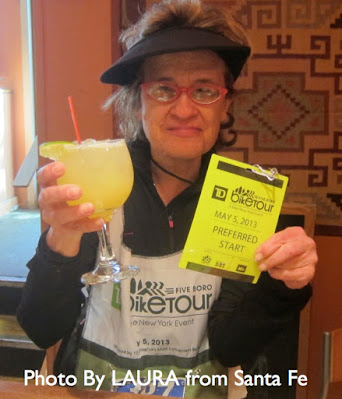 Santa Fe's name may sound familar to you dear reader, as I've referenced the place in prior posts and I've written a few articles about them (including one to announce their re-opening or an online publication (known as "I love The Upper Westside").
Re this year's Five Boro Bike Tour, I'm sorry for those who had probably looked forward to being a part of it this year (it was not in my plan) but there will be other opportunities if everyone does the right thing now; so please keep safe and remain hopeful for better times.
Posted by The Last Leaf Gardener