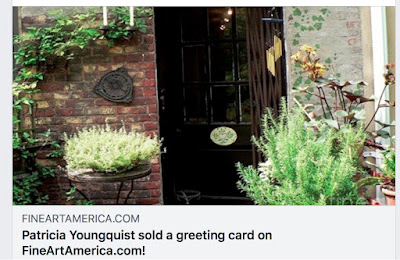 I received a notification from Fine Art America (FAA) that "someone" purchased my greeting cards and one of them, A NYC Rooftop Garden is featured in the image atop this entry.
The other one, Echinacea Triplets, can be viewed in the  screenshot directly below. 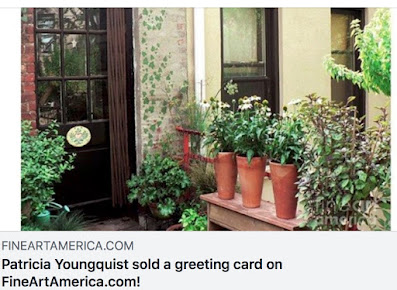 FAA does not disclose the name of a given buyer but every now and then a buyer lets me know which is the case with GK, the woman who purchased these cards. She notified me that she had bought them and I'm grateful for the sale and that she took the time to let me know. GK and I met over ten years ago when Vivianne Tvilling (owner of äskling a boutique that was on the UWS for a number of years) had an event.

As for these particular cards, they feature views of my garden, which is the setting for my three volume book series, Words In Our Beak.  These are directed to children and adults who are curious about gardening as well as birds and want to learn about them from a unique perspective.
The stories are set in my garden and these books are narrated by a female cardinal whose picture is on the cover of each volume.

They make a perfect gift anytime but especially during the Easter season which began on April 14th 2021 and lasts until May 23rd.