Poignant Omissions: A Cost of Being in Survival Mode (Wednesday's Wisdom) 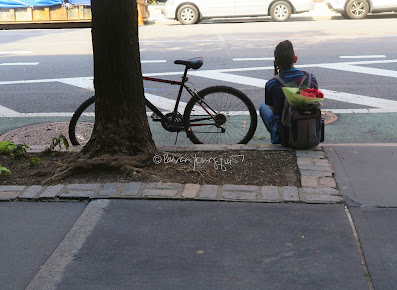 Walking south on the east side of Columbus Avenue, I first noticed a young boy sitting on the curb and then saw a bouquet of flowers in his backpack. I followed his gaze which seemed to be looking up at the building directly across the avenue.

Written inside the pediment above the ornamental molding of 302 Columbus Avenue was signage for The J.M. Horton Ice Cream Company. 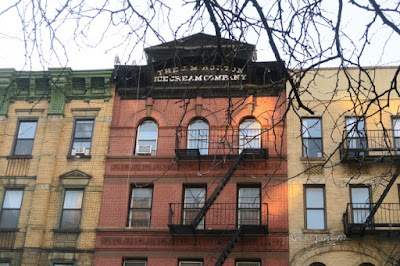 I was appalled at myself for not having noticed it before, as I have walked up and down this block countless times for nearly forty years. I am generally one to notice “the little things”—such as a young person sitting on the curb with flowers in his backpack.

When I moved to this UWS area of Manhattan in the 1980s with $200 and my bartender certificate, I was hoping to get a bartending job that would support me while pursuing a writing career. However, in spite of the many trendy restaurants, I could neither find a bartending gig nor a position waiting tables anywhere in the immediate vicinity, or even in other parts of NYC.

I suppose the prolonged quest to find a job is likely the reason I missed seeing the signage for The J.M. Horton Ice Cream Company and wondered if that is what happens in the minds of those who are in survival mode. Then again, was the signage even there at that time? I had to find out.

It is hard to notice if you’re not looking for it because it is so high up. One might wonder why is it placed so high? The answer is logical.

Until 1940, the 9th Avenue EL was above Columbus Avenue, and the sign could easily be seen by passengers from the train. Having satisfied my curiosity regarding #302’s signage, my mind turned to the building’s storefront, currently occupied by a sandwich shop. I wondered what was in that space before? How was it after living in the area so long, could I not remember it? Was I so preoccupied? Are others like this too?

More research informed that the prior storefront had been home to Red River Grill. 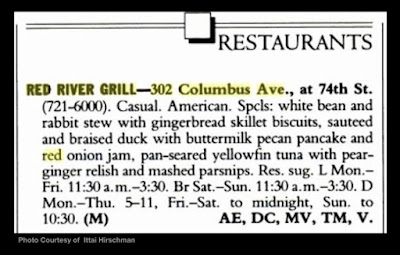 I do not have any memory of it, but digging deeper reminded me of the Japanese restaurant (where I sometimes ate miso soup in the mid–1980s) that had once been located there. The end of my search provided an unexpected answer. In the early 1980s, when I had arrived in Manhattan, #302 was occupied by The Wildwood Tavern. 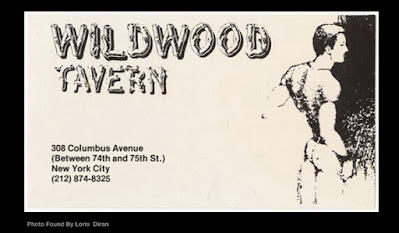 I was surprised, as I had recalled The Wildwood being further north on Columbus. I knew it well because someone who knew the tavern’s owner got me a job there which made it all the more surprising that I had no specific memory of who occupied that space. I got hired to clean the bar in the early morning before it opened for the day.

Being the first and only employee to arrive each day, I always had trouble opening the old lock, and I was fearful I’d lose my job if the proprietor ever found out. One morning I had such difficulty that I was forced to ask someone in the next door laundromat for help. to my great relief, the tavern’s owner never found out.

Reflecting all these years later, I realize my concentrating on that fear is likely the reason I never looked up and saw The J.M. Horton Ice Cream signage and this may be the case for others who are caught up in their fears; but hopefully not too caught up to overlook a boy sitting on a curb with roses in his back pack.