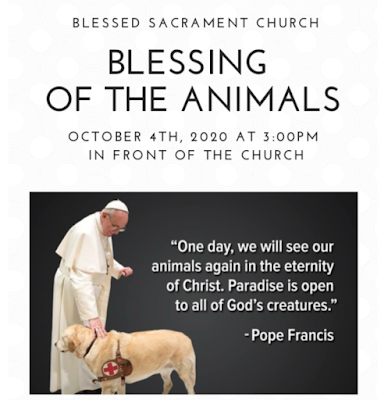 Today is the Feast Day of Saint Francis of Assisi. He is the patron saint of animals and environment and many web-sources concur, he could "be viewed as the original Earth Day advocate. Francis' devotion to God was expressed through his love for all of God's creation."

He is also known for many inspiring qotes such as, "For it is giving that we receive," which is featured in the photo (below) of a poster by Patrick McDonnell, who is the creator of Mutts. 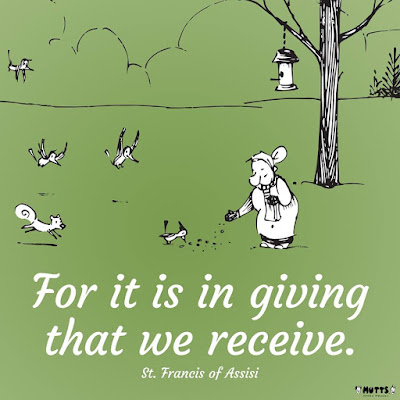 I have referenced Saint Francis in a number of blog posts as he is certainly one of my inspirations in loving God's creations.

As a reminder of his wisdom, I have a small statue depicted him on the shelf above my desk.

Moreover, when Cam, my visiting cardinal who is the "narrator" of my three volume book series, Words In Our Beak...

... had a daughter, I named her Frannie, in honor of Saint Francis. Cam and Frannie are (featured in the next two hotographs) and their stories (which are set in my garden) are  included in my books.

On another note, Saint francis is also known for the widely known serenity prayer, "God, grant me the serenity to accept the things I cannot change, courage to change the things I can, and wisdom to know the difference."

It is a prayer which is particularly useful as we experince many of the consequence of this COVID-19 (cornavirus) pandemic.