For this Throwback Thursday, I'm catching up on my #ClapBecauseWeCare coverage as the last one I blogged about was after session 67 (which took place on June 5th 2020), and even though I still participated in the sessions I have not included anything about them on my blog.

The photographs atop this entry are from session 68 which took place on June 6th 2020.

NYC entered phase one of re-opening on June 1st 2020, and since that time participation in these  sessions has dwindled; however other forms of appreciation  can be seen throughout Manhattan, as evidenced by the following images featuring signs staked in tree pits on East Fifty-Seventh Street.

Perhaps participation has dwindled because with PHASE ONE being underway, people are going about some business they were unable to do during the lockdown and are not home to participate.

Moreover, they may be still participating in the sessions from wherever they happen to be when the sessions are occurring. After all. there was never a rule that one had to clap and/or make noise from their own windows. Nonetheless, a few of the regulars whom I've seen over these months showed up for session 69 on June 7th 2020, and some of them can be seen in the next two photos.

In any event, few of the regulars whom I've seen over these months showed up for session 70 on June 8th 2020, and some of them can be seen in the next two photos.


Additionally, few of the regulars whom I've seen over these months showed up for session 71 on June 9th 2020, and some of them can be seen in the next two photos.

On June 10th 2020, a woman who has been taking cell phone footage on a nightly basis continued to so for session 72, but from where I am I only saw two participants (although I heard many), a man who lives in a building directly west of her, and an American robin who joined the chorus from atop a pole in my rooftop garden. They can be seen in the photos below, respectivey.

As some of you know this bird type is featured in a story within volume three of my book series, Words In Our Beak.

And to reiterate what I've been saying here on Blogger, "During this time where many people are confined to their homes due to lockdown restrictions (re the coronavirus pandemic), these books (whose stories are set in my rooftop garden) are great to have around as a reminder that there is still so much beauty in our fallen world." It's also good to note that these books make for a great gift to anyone who is a dad, and with Father's Day coming up in a few days, order your copies now to insure delivery in time for the holiday.

But getting back to my coverage, I have no photos from session 73 which occurred on June 11, 2020, so the following images are from session 74, which took place on June 12th.

...nearly drowned out the participants who can be seen in the next sequence of photo-op.

However, the following night, June 14, another sound disrupted tribute 76, when helicopters hovered for two and a half hours over our buildings.. 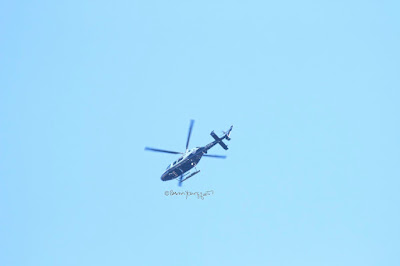 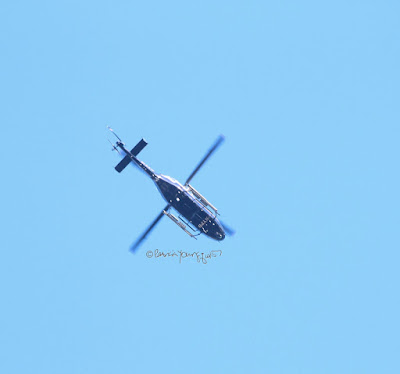 The woman who has been recording #Clap/Care sessions seemed to be filming them.

Monday, June 15, session 77 was a bit calmer because there were no helicopters. The following sequence of photographs features some of the participants.


As was the case on Sunday (June 14th), our 78th Session (which took place on a Tuesday, June 16th) was also nearly drowned out by noise. This time the near deafening sound was from a lone NYPD helicopter which was flying very low over the immediate vicinity of where I live. An image directly below, illustrates how low the helicopter was flying. 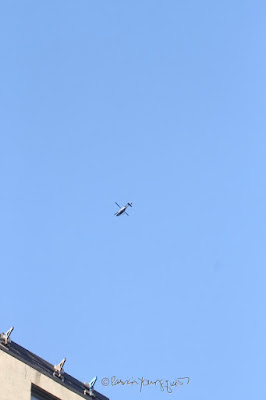 In any event, in spite of the noise from the helicopter, I was able to hear participants express their appreciation for first responders, healthcare professionals and essential workers. A couple of the  clappers can be seen in the next two pictures.

Additionally, I did get a glimpse of the woman (seen in the photo-op below) who has been a nightly participant who seemingly has recorded all of our sessions.


It was unnerving to see and hear these helicopters but thankfully, a few hours later, the helicopters (who were probably there due to demonstrations occurring in nearby areas) were gone.

This brings me to last night's session (Wednesday, June 28, 2020), where I only saw four participants who included E.B....


...and the woman who has been recording our sessions.


I did hear other participants in the distance but the fervor seems to be no longer there and it seems there will be no grand finale in terms of a session but when it is safer for folks to gather, I plan to have the regular participants whom I've met during this time gather in my garden, but the interim, my view may go back to the one seen below... Then again, without people at their windows, another creature (who is featured in volume three of Words In Our Beak) may return.

And that's it for my catch-up with #ClapBecauseWeCare coverage, we'll see what happens with sessions going forward, I know that Giuseppe and Teresa will show up tonight but E.B. will be out of town for the next four days and others will likely be doing the same now that travel restrictions have been lifted.

Hopefully, even when these tributes stop, people will still be forever grateful to first responders, healthcare professionals and essential workers who helped us survive during the pandemic.
Posted by The Last Leaf Gardener