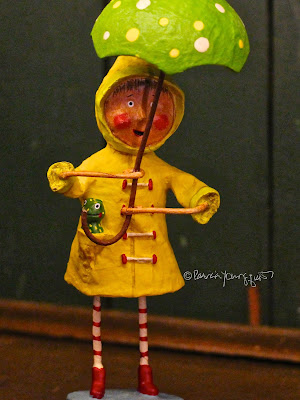 Today, February 10, is National Umbrella Day and in honor of the occasion, I'm posting a photo of a figurine holding an umbrella atop this entry.

According to a number of holiday themed sites, including National Today, "the origins of the utilitarian holiday remain a mystery, it’s been celebrated since at least 2004."

Not only does the umbrella help keep us dry from the rain, but it also protects us from the heat of the sun as evidenced in my next picture taken at a beach in Ocean Grove New Jersey nearly eight years ago. 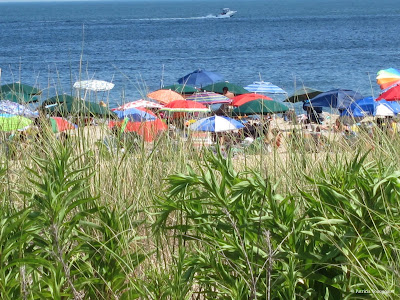 National day goes on to proclaim, "Umbrellas can also be used as a fashion accessory. While the umbrella is primarily practical, they also decorate cocktails. These brightly colored paper umbrellas make for fun party favors especially when visiting sunny locations.

Umbrellas have also found their way into the art world. Their color and shape make sharp silhouettes. They also serve as the canvas for art. In movies, umbrellas play a role, too. For example, they played vital parts in both "Singing in the Rain" in 1952 and in "Mary Poppins" in 1964."

This accessory is not only on my mind at this time due to the holiday, I'm also thinking about umbrellas because it has been raining in NYC for a number of days, including today.

Whenever it rains for hours on end, I'm often consoled by observing birds in my rooftop garden, as they often just "sit" still and let it rain; as evidenced by the mourning dove seen in the following set of images, whee he/she is sitting atop a winterized container as the rain falls on him/her. 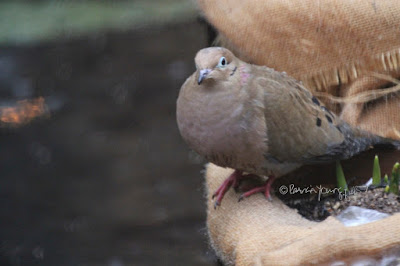 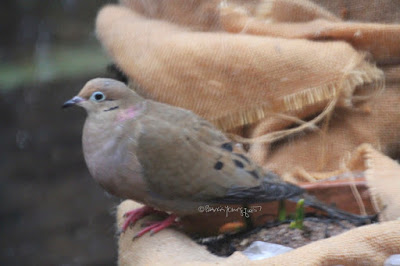 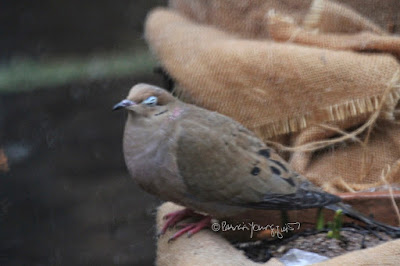 You will probably never see an avian creature carry an umbrella unless its an animated one. The fact is birds don't need umbrellas which is something I mention in volume one of my book series, Words In Our Beak.

In this first volume, it is explained "The oil that coats their feathers also provides waterproofing, which is important since the only thing worse than being cold, is being cold and wet. When it comes to rain, mourning doves, it seems they share the philosophy of Henry Wadsworth Longfellow, who is known to have said, 'The best thing one can do when it’s raining is to let it rain.'"

Some of the birds featured in volume one, including Cam a Northern cardinal (who narrates the story), a pair of blue jays and another morning dove who spends time in the courtyard's Ailanthus trees share "the best thing one can do when it’s raining is to let it rain" mindset are featured within the next pictures.


As of this National Umbrella Day, there are only four days until Valentine's Day, which is the perfect opportunity to give my Words In Our Beak book series to your true love, he/she will truly be singing in the rain upon receiving such a special gift!