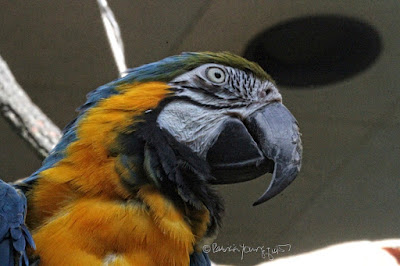 The photograph atop this entry, as well as the ones directly below, feature a Blue 'n Yellow Macaw spending time in his home.

The place where he/she lives is within the zoo in Central Park. 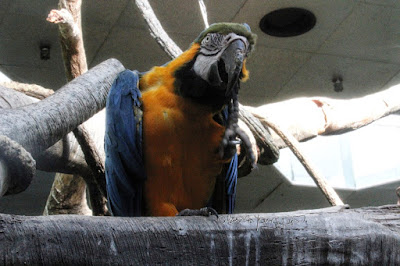 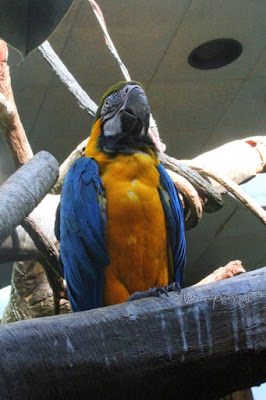 I met this particular parrot when I visited "his" digs and the digs of a number of other birds as well as other animals this past November.

In a number of my postings about the members of the fauna world whom I met at the zoo, I confess that my question is still this: If a given bird or any one who is a member of the animal is not threatened, why confine them to a zoo?

However, within my aforementioned entries, I concede — after hearing Jane Goodall's insightful remarks about zoos (which can be found in a video clip included my entries re the Central Park Zoo) — the experience of visiting a zoo could potentially raise awareness re needs of wildlife, the Rain Forest, and our environment.


On that note, I'll conclude by pointing you to my book series, Words In Our Beak, (pictured below) which I hope raises awareness about various song birds.


The stories are mostly set in a rooftop urban garden (mine) in New York City, my story is told in the voice of Cam, a female cardinal, who visits it.

These books have a goal to open readers to a simple understanding of the winged world and their environment. They are directed to children and adults who are curious about birds, and want to learn about them from a unique perspective.
Posted by The Last Leaf Gardener