The Evening Of 2019's Marathon Fireworks

Yesterdays news....  the 2019 pre-New York City Marathon fireworks lit up the sky last evening and I wanted to post my photographs of them soon after but was unable to do so, for, as you can see from my screenshot, FB had other ideas... and so did Blogger!

Hence I'm posting what is now "old news" by today's standards within this entry and just like FB and Blogger having other ideas, I confess that I had other ideas re the fireworks too and almost did not even attend because of my strong feelings about the negative impact they have on birds and other wildlife, but as you will see, I did see the display.

My vantage point at a spot known as Hernshead. 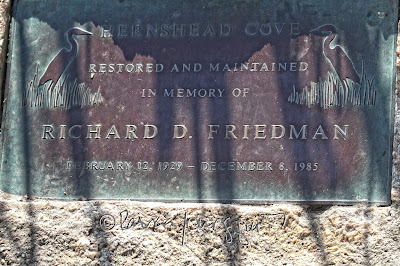 It is a promontory that juts out into The Lake and named after what is considered to what once was in the shape of a “hern” or heron’s head, and a bird I’ve often sighted (the Great Blue Heron variety) hanging out with male and female Mallard ducks nearby or very close proximity to that area of Central Park.

My knowing that avian creatures, like many animals, are frightened by the sound of explosions is disturbing to me (understatement). At the first sign of incendiary celebration, they’ll fly away.

During the evening of this pre-Marathon extravaganza, passers by are not likely to see a Great Blue Heron even though he/she is a bird variety who is known to show up in this area of the park (see the sequence of photos  below which were taken in bygone years) at around the hour the fireworks will take place. 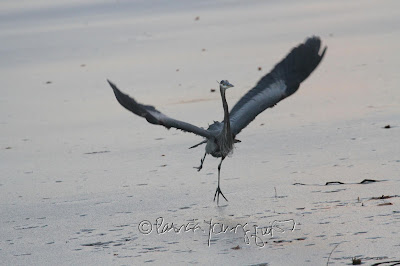 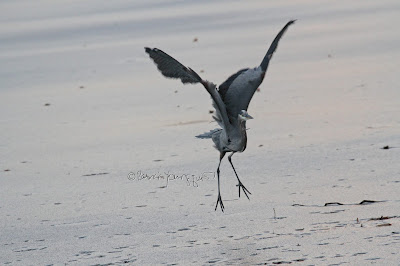 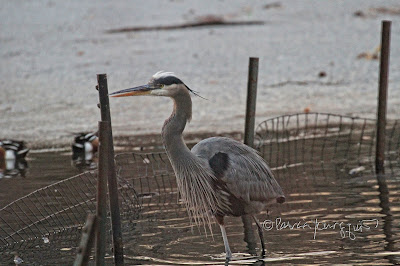 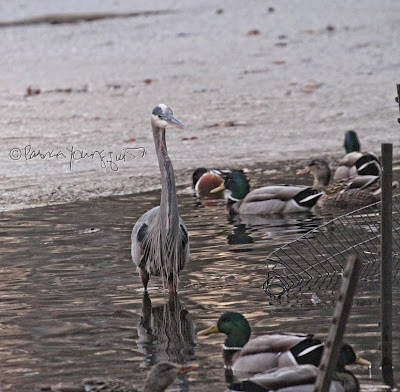 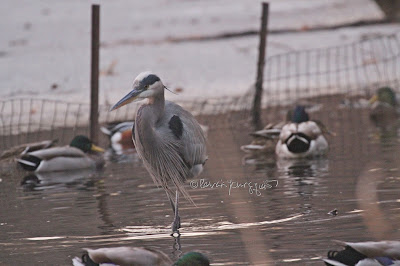 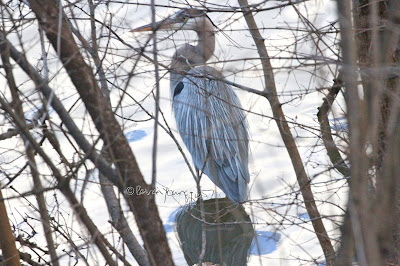 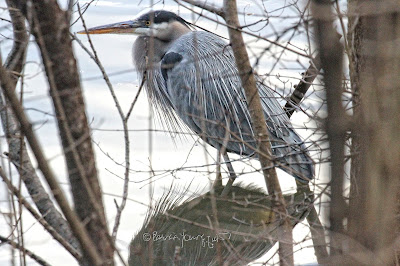 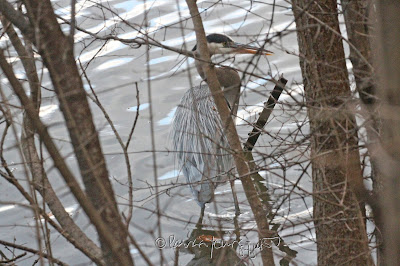 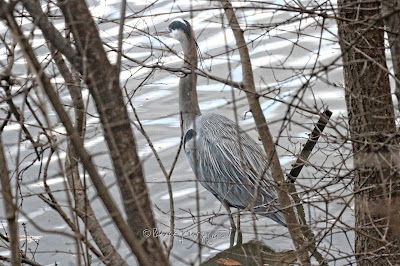 Under “normal” conditions he/she usually stays for an hour or more but probably not on a night like this which will be fortunate for the Great Blue Heron or any bird for that matter.

Even though wildbirds’ responses to fireworks are difficult to study at night and little is known about the negative effects that fireworks may have on them, studies show that when a fireworks display occurs near a wild bird area, the birds simultaneously explode into the night skies in utter panic which can lead to huge numbers of deaths, usually because these birds either smash their skulls or break their necks as the result of flying into trees, apartment buildings and other solid objects that they cannot see in the gloom and ensuing chaos.

Wild birds aren’t the only ones who “freak out" as the result of fireworks displays. Domesticated animals and pets also are terrified by fireworks, and have been reported to break leashes, jump fences, and even jump through glass windows in their panic.

In many parts of the world, it has been suggested using laser shows in lieu of fireworks. These shows are more affordable than fireworks, less polluting, and are kinder to birds, wildlife and pets.

Given that so many runners who participate in the NYC Marathon donate monies to an array of charities it seems reasonable to believe they would support pre-Marathon activities that are kinder to our wildlife and our environment.

Be that (unfortunately) as it may, the fireworks were pre-Marathon business as usual last evening and I chose to post the following photos in a sequence in hopes of illustrating the fact that fireworks don't just light up the sky...for as you can see, everything is so peaceful before they begin, and I don't know what happens to the ducks or turtles who frequent the lake.

Hopefully they had a "heads-up" somehow and were able to go to a quieter area of the park before the display began, for as you will see from the first few shots they truly are way to close to the treetops and the water. 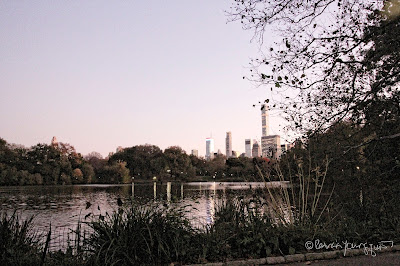 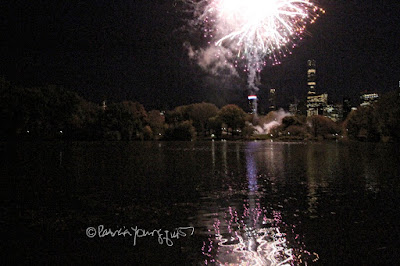 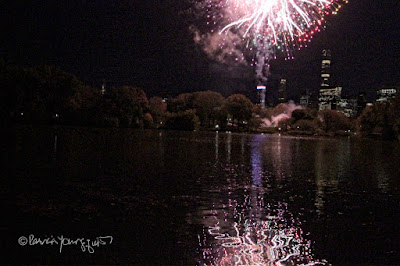 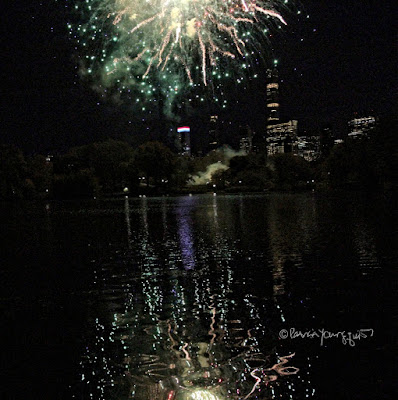 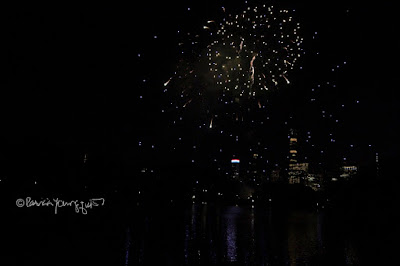 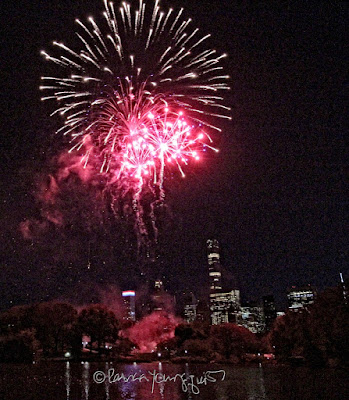 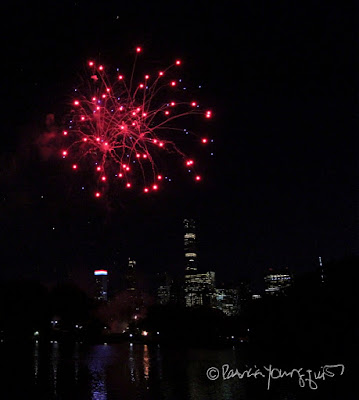 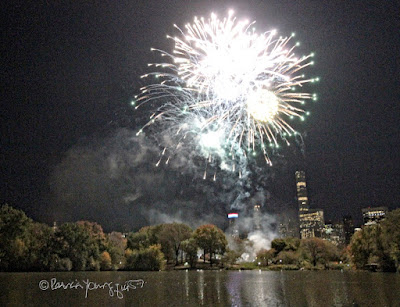 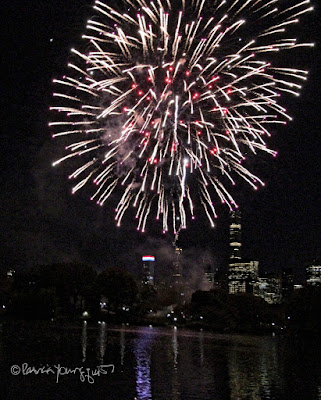 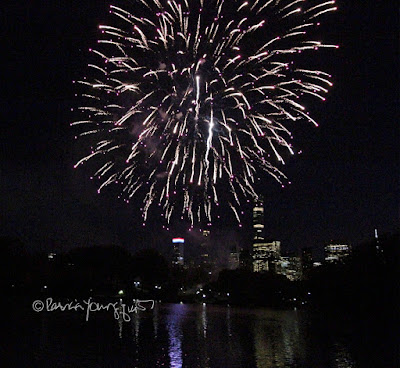 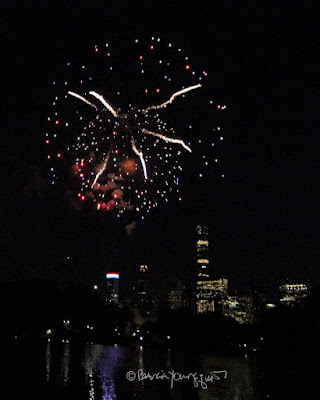 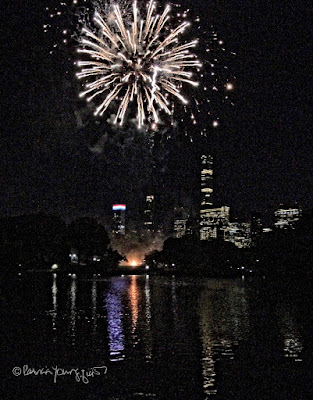 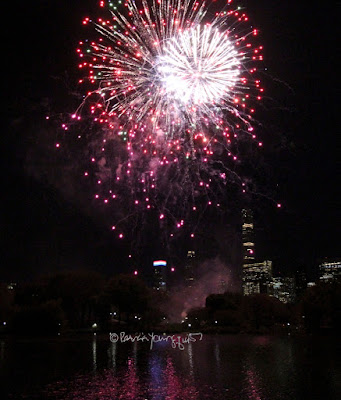 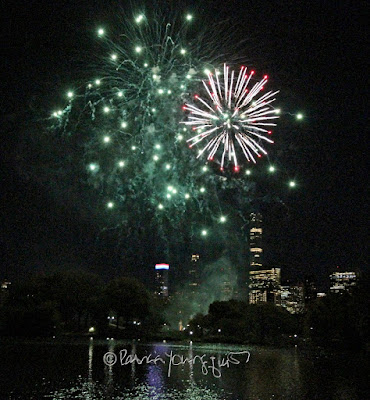 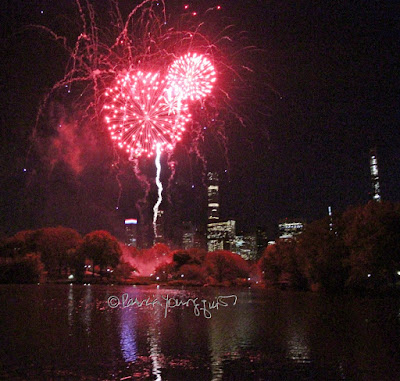