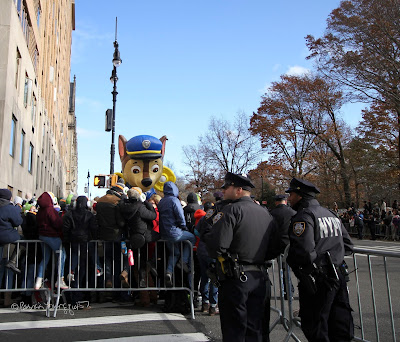 In my Thanksgiving Eve entry here on  Blogger, I mentioned that warnings that unusually high winds could prevail on Thanksgiving causing the grounding of balloons who were set to "march" (fly) in the annual Macy's Thanksgiving Parade which took place yesterday.

Indeed, there were VERY high winds, but the balloons were allowed to participate.

However, they did so by maintaining a low profile, as you might surmise from my photo of Chase from Paw Print that is posted atop this entry. It features him coming south on CPW yesterday as he approaches a street lamp on the UWS.

The one directly below shows him approaching that same street lamp in 2017. 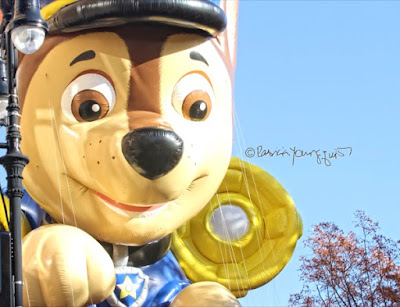 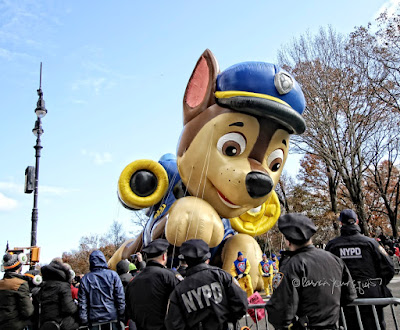 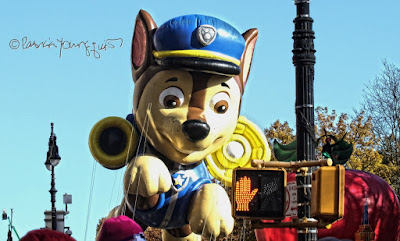 THE QUESTION OF THE DAY WAS: "How low can you go?"

Stay tuned for photo-ops (in subsequent entries) re the answer to this question!
Posted by The Last Leaf Gardener