A View From The Triplets's Bridge 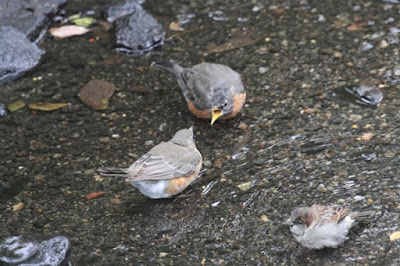 I had some very sweet moments witnessing a House sparrow eavesdropping on a convo between an adult and fledgeling American robin who were spending time in a brook that runs under The Triplets Bridge in Central Park (as seen in the image directly above).

Very near to this scene, a family of House sparrows were bonding... 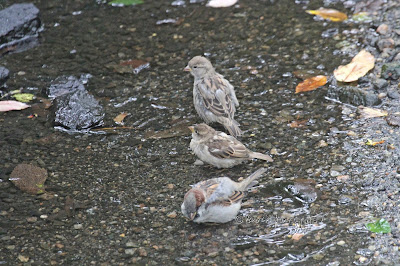 ... and another American robin seemed to be enjoying his/her reflection while taking a drink, evidenced in the following pictures. 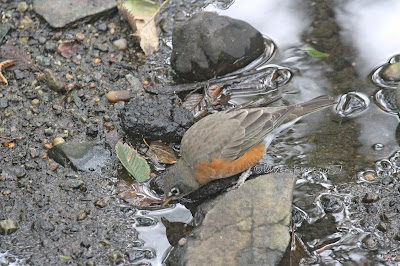 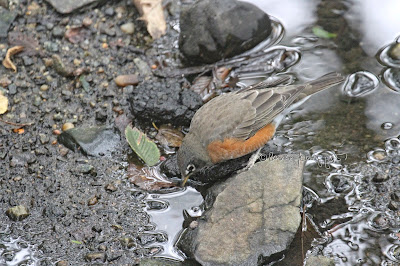 The American robin bird variety was not the only one enjoying the brook's water, a lone blue jay fledging was making discoveries as you can see in the next series of photos. 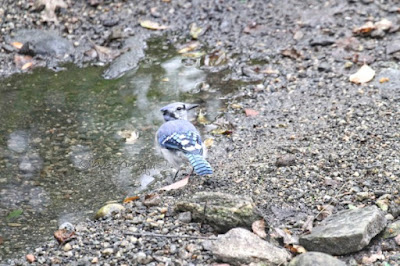 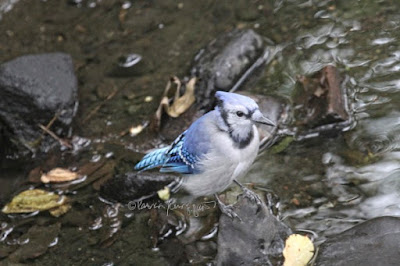 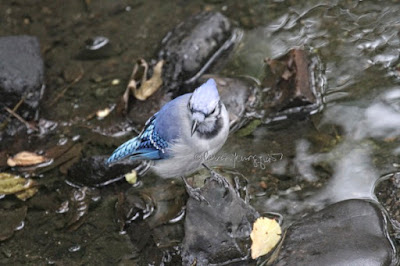 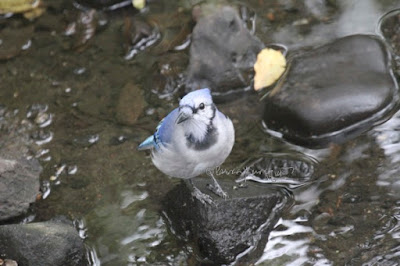 Additionally, a lone Mourning dove as well as a pair of European starlings took advantage of this lovely spot, as you might surmise from the two photographs posted below. 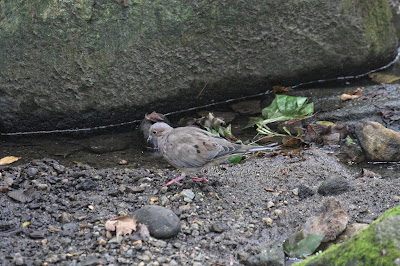 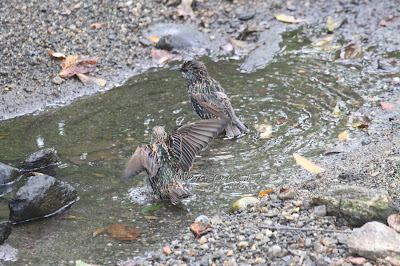 Btw, all of these this bird types are featured in my book series, Words In Our Beak.