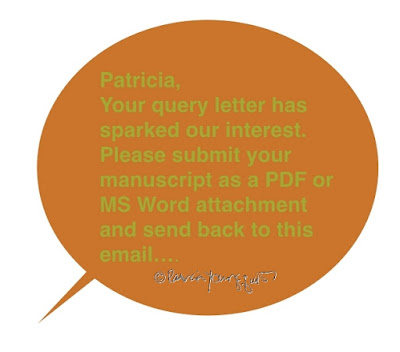 In my last entry here on Blogger, I discussed the fact that I had submitted a synopsis for my book project, Imperfect Strangers. Later that same day my aforementioned post was published, I received a response (email) from a person who works for the place I had submitted my book. Her words are featured in the "talk bubble" atop this blog entry.

I am beyond thrilled to have received this news and they came on the eve of my birthday, which was yesterday.

The following is a copy (italicized text) of my Facebook announcement re this mater.

On this day of August 24th in the 1920's, my maternal grandparents were married (as seen in the picture directly below)... 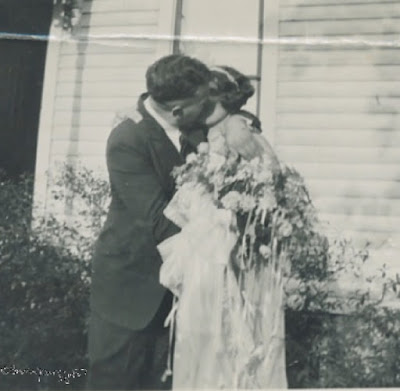 "Years later (on one of their August 24th wedding anniversaries) I, their first maternal grandchild was born. In the picture (below) I can be seen with them and my Aunt Joey celebrating my birthday. 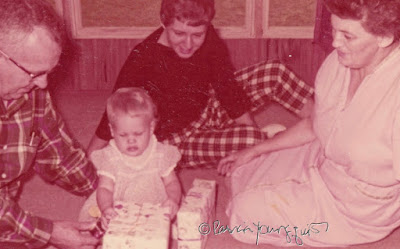 "My Aunt Joey and my maternal grandparents have died but I think of them often; especially my grandmother, who in what would be my last conversation with her (in the 1980's) encouraged me to get back to my writing.

I scoffed at her idea thinking no one would ever want to read my work; but I have ultimately followed grandma's advice, publishing a three volume book series, "Words In Our Beak."

The stories in my book series are mostly set in my rooftop garden all told from the perspective of Cam, a female cardinal (seen on the cover of all of the books) who is named for my maternal grandparents (Clara and Albert Melahn).

Yesterday on the eve of today's birthday, I got encouraging news from a publisher who wants to see my whole manuscript for another book, "Imperfect Strangers." I introduced the book on You Tube and Vimeo this past May and plan to record my follow up video in the coming week.

"Imperfect Strangers" is an autobiographical account re growing up with Neurofibromatosis and four separate challenging eye conditions. My grandmother is featured in an early chapter titled "The Card Game" and also in a later chapter titled "Phone Calls." The story begins on my fifth birthday. I can be seen celebrating it in the picture directly below. It wasn't the best of times and I made a birthday wish to be someone else. 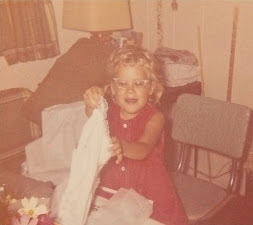 This year I'm not wishing to be anyone else; I'm simply grateful that I have garnered interest re "Imperfect Strangers" and I will make a wish that the publisher enjoys the full manuscript and is willing to take it on!

Thanks, dear reader, for your support in my endeavor!