A Fact re Juvenile American Robins 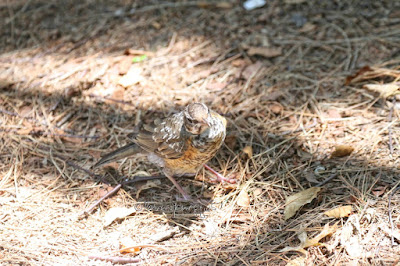 I took the photograph (of a juvenile American Robin) that is posted atop this entry when I was in Central Park. As you can see in the image above, as well as in the ones that are directly below, the juvenile's under parts are tinged with cinnamon and heavily spotted with brown. 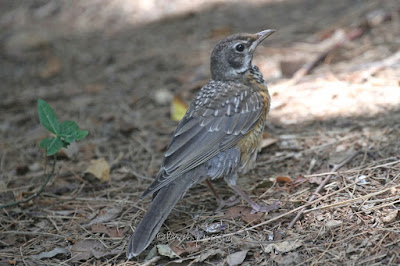 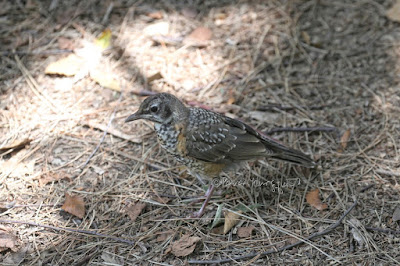 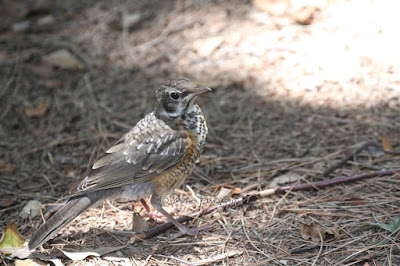 By the way, American Robins are featured in my book series, Words In Our Beak.