According to a number of web-pages, including, National Day Calendar, (AKA NDC), June 29th (which is today) is National Camera Day. One of the things NDC states is "... This day commemorates photographs, the camera, and their invention. A camera is an irreplaceable tool used to record and replicate memories, events, and people/places..." I find it interesting that NDC considers one of the purposes of is to "replicate memories..."

Many of my childhood experiences of being photographed for a family picture seemed be that the intent behind the camera wasn't replicating a memory of what was occurring, rather, it was to creatue  an ideal which wasn't there.

For example, in the following picture I can be seen (at the far right) with my family. 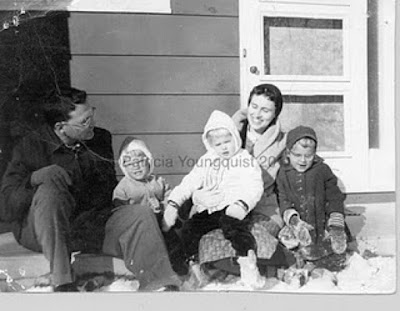 We are all seated on our front porch, the front porch my father constructed when he built our house (that we ultimately lost when our family came apart), the house which my grandfather, who was an electrician wired; and, we are looking quite like the family living the American dream, which could not have been further from the truth! My father moved away soon after that Christmas card photo was taken, which resulted in my mother 's proclaiming (for years to come) how much she hated Christmas, and for years to come she did send cards.

But up until that time my mother did sent cards — lots of cards — featuring pictures that she had taken of me during the first two years of my life and pictures that she took of my sisters and me. A few of them can be seen in the next series of photos. 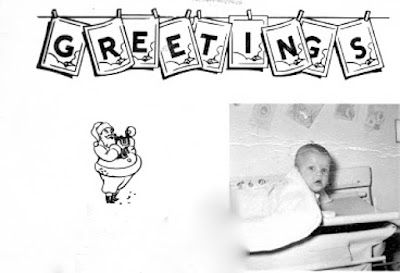 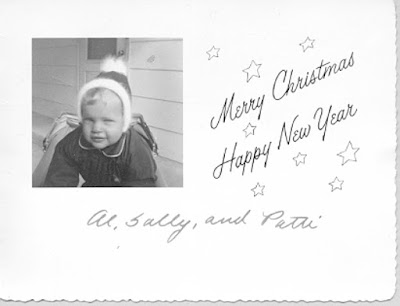 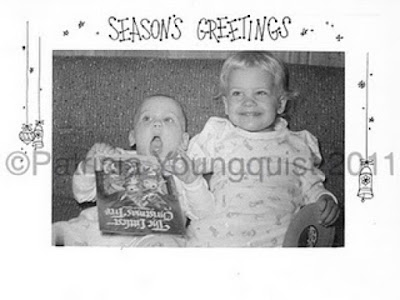 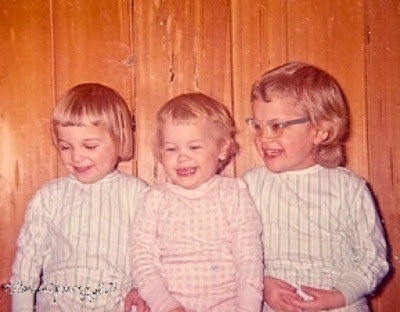 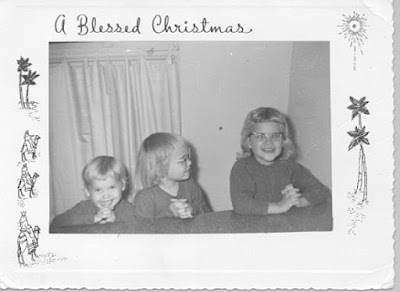 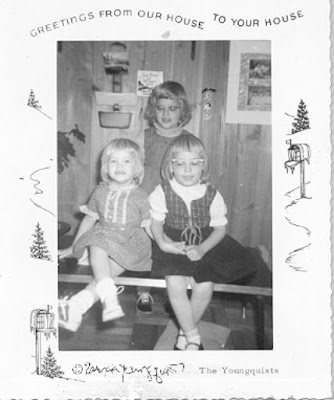 She ultimately included these in the scrapbooks she made to preserve memories of our family life.

For with the exception of the photograph of our entire family, which she asked someone to take of us, she was the photographer that documented our lives —obviously from her perspective — even though she proclaimed what she saw through the view-finder of her plastic camera, the Kodak Instamatic, was what we were thinking and feeling.

Perhaps this is why I do not like to have my photograph taken: I don't want people to tell me how I was feeling when they took my picture as evidenced by the shot they captured.

For this reason I don't often take photographs of people — although I certainly have and a few of them (seen directly below) have won awards and/or been included in publications. 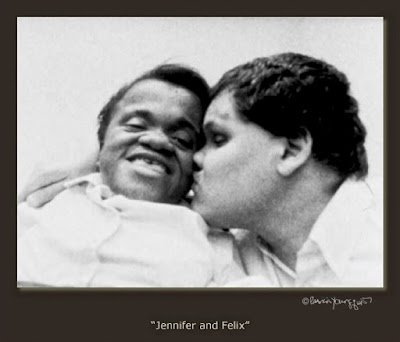 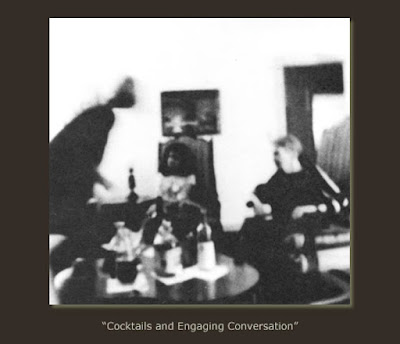 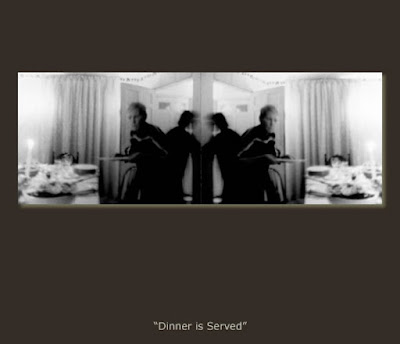 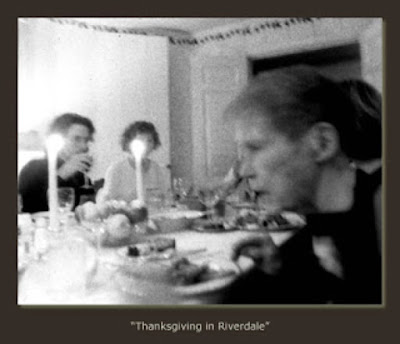 Others are included in my Black and White Photography Collection on Fine Art America (FAA) where some of them are available for purchase. 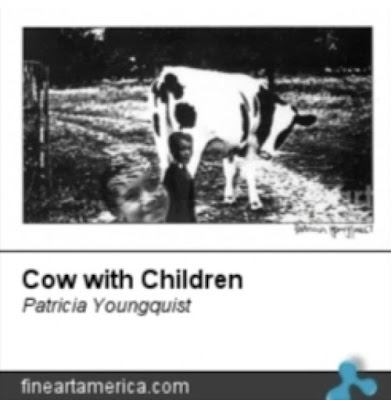 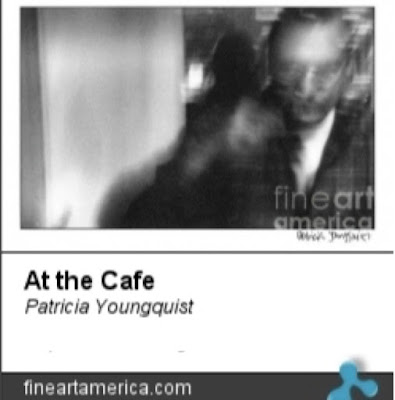 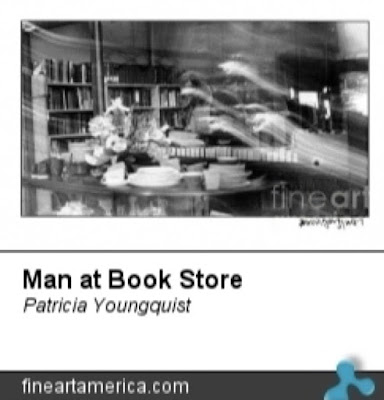 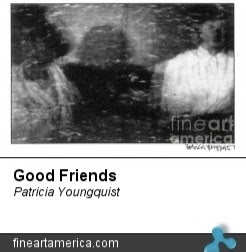 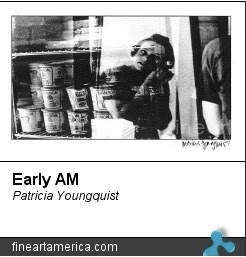 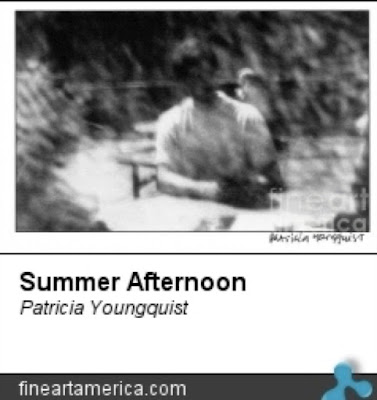 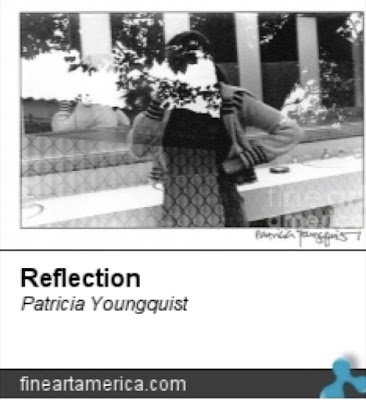 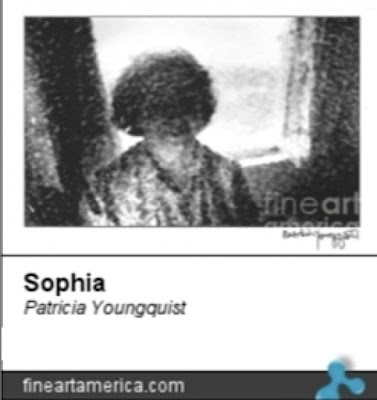 All of the images directly above have been featured in art exhibitions held in NYC and the last one in this series was discussed at length in a radio interview for The Al Lewis Show on WBAI, it can be heard within my  web-site or within my Vimeo Channel.

On this National Camera Day, I should mention that other photographs which have been included in my NYC exhibitions were taken with a pin-hole camera; a camera that had it's own holiday this past April (the twenty-eighth) and was discussed in a post here on Blogger at that time.

Most of pin-hole camera images featured in the aforementioned art exhibits are kaleidoscopic in nature and can be found in my kaleidoscopic collections (see thumbnail screen shot below) on FAA where they can be printed on an array of surfaces for wall art as well as for items for personal use. 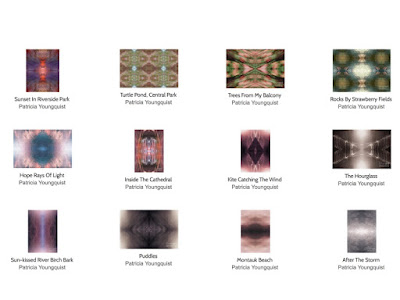 One of them, Sunset in Riverside Park (seen below) was discussed at length in a 2002 interview with John Montone for 1010 WINS. 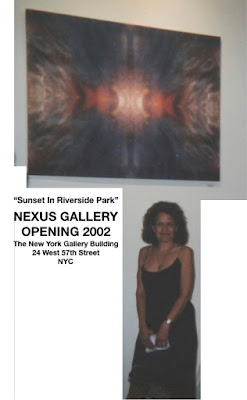 That interview covers pin-hole cameras and why I chose to use them to create images.

At this juncture photographically, my emphasis is on flora and fauna. My photographs of these subjects can be found on my Pinterest Boards as well as Instagram.
Moreover, my three volume book series Words In Our Beak includes hundreds of images of flora and fauna.

When flora and fauna are what I'm photographing, in this case, I am in full agreement of NDC statement, "A camera is an irreplaceable tool used to record and replicate memories, events, and people/places..."
Posted by The Last Leaf Gardener