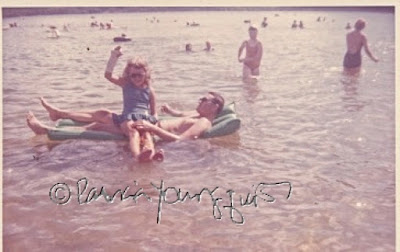 "Death ends a life. But it does not end a relationship; which struggles on the survivor's mind, toward some resolution, which it may never find," is a quotation from Robert Sherwood Anderson's theatrical play, "I Never Sang for My Father."

The quote is on mind this Father's Day as I reflect on my experiences with my dad. He moved out of our house when I was nine, a year or so after this picture of me was taken when I sat on a raft with him soon after I broke my wrist.

I've often struggled to get some resolution on why I was not able to talk with him, which probably had a lot to do with his second wife.

People tell me that when I was born, my dad thought the world of me, which I would never have guessed, except when looking at the following pictures. 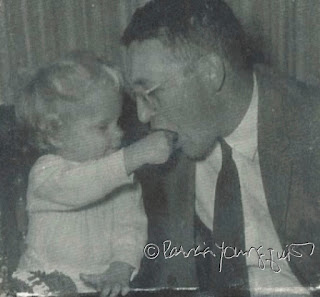 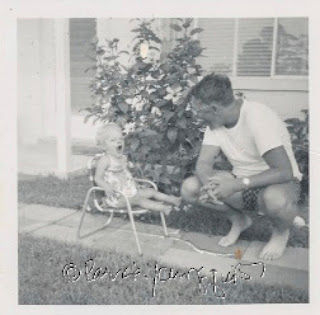 I am aware from stories his sister (my aunt) relayed to me that he had a difficult childhood for which I am sorry; and knowing this makes his lack of communication with me understandable. It doesn't take away years of emotional pain in my seeking a relationship with him, but it does make it understandable.
Posted by The Last Leaf Gardener