Hello and welcome to the one hundred and twenty-sixth segment of my Tuesday's Truths series. I realize I am a bit late in my posting here on Blogger today, peeps. Let me confess that it's been one of those mornings (and into the late afternoon) which Jermey (the boy featured in the Zits comic strip atop this entry) can probably identify with.

The fact is I've been very overwhelmed with using social media re getting the word out about my additions to my You Tube Channel (which I hope you will check out) but I believe I will get into a rhythm with the new demands that are on me. I also need to learn a lesson from one of my favorite Central Park reptiles; turtles.

They move slowly but get it done. For as Henry David Thoreau supposedly once declared, "Nature is slow, but sure; she works no faster than need be; she is the tortoise that wins the race by her perseverance."

And speaking of turtles, they are now trending on social media (both Instagram and Twitter) with the hashtag: #turtletuesday. Maybe it’s just me, but the turtle featured in the next image looks like he/she is about to do some pushups! 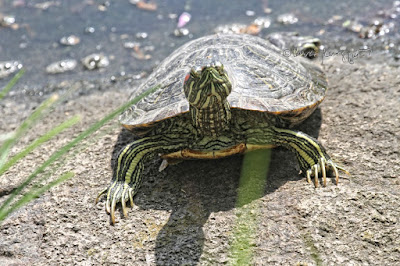 As I’ve mentioned before, the shells of turtles in Central Park are the inspiration for my kaleidoscopic photographic print titled Turtle Pond.

It can be printed on an array of surfaces for various sizes of wall art (including metal as seen below) as well as on items for personal use via Fine Art America! 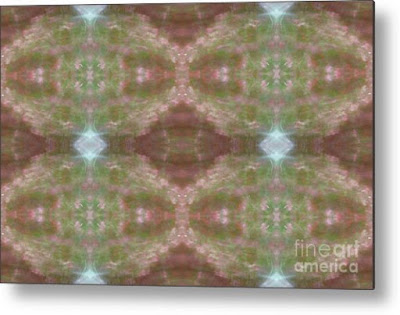 But getting back to turtles, their shells are not the only thing which inspire me. I'm moved by the determination in their slow movements (depicted in the next set of pictures) or perseverance as Thoreau called it. 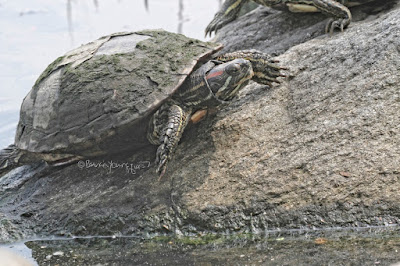 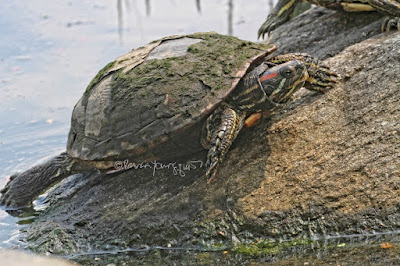 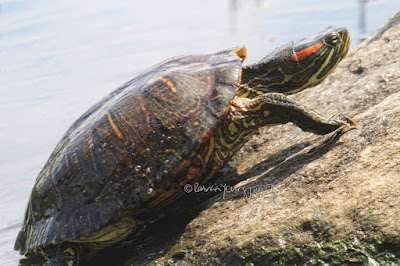 Not only do these creatures persevere but they seem to take risks to get to where they need to be.

As Louis Vincent Gerstner Jr. the American businessman, best known for his tenure as chairman of the board and chief executive officer of IBM from April 1993 until 2002, pointed out, "Watch the turtle. He only moves forward by sticking his neck out."

The following set of photo-ops are evidence of this behavior in turtles. 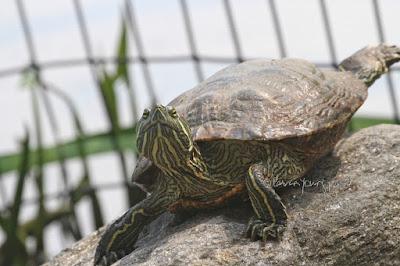 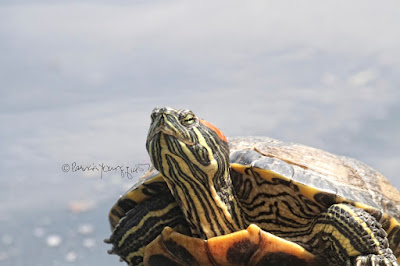 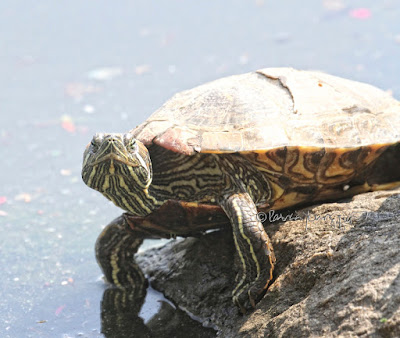 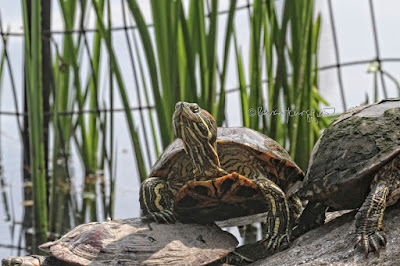 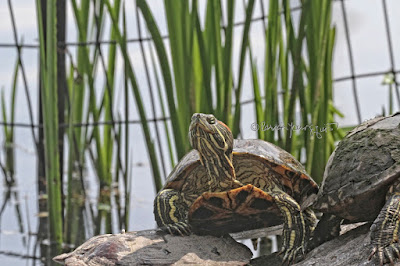 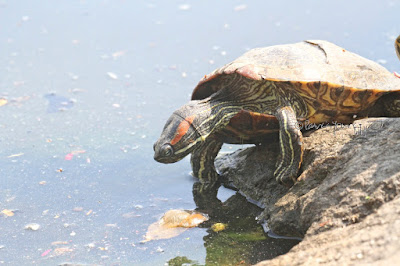 Moreover, turtles, always, as the saying goes, "got each other's back"... 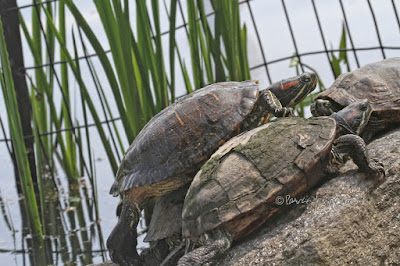 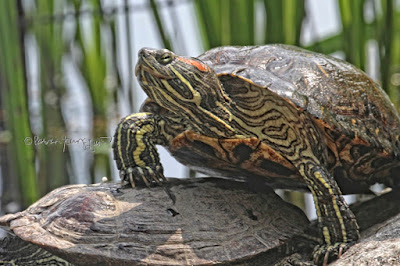 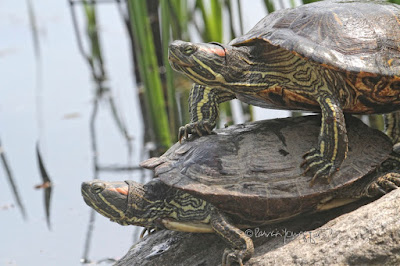 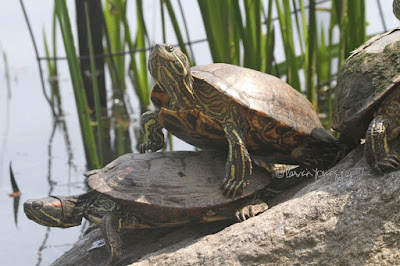 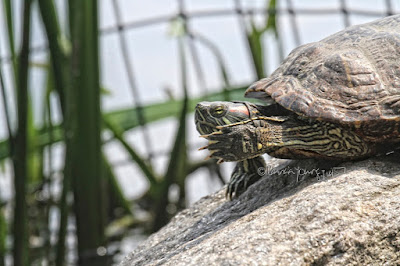 No wonder these awesome creatures are trending on social media!
Posted by The Last Leaf Gardener