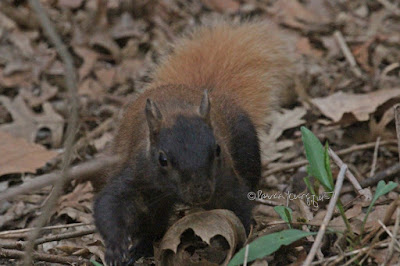 There is a special looking squirrel (at least to me) who seems to be a loner spending time on the grassy area on the northwest side of Oak Bridge in Central Park; as seen in the photo atop this entry and in the pictures directly below. 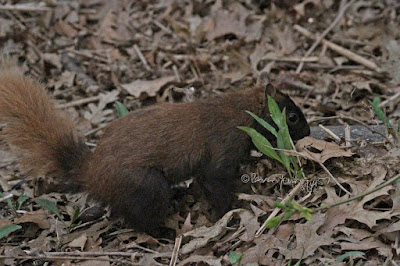 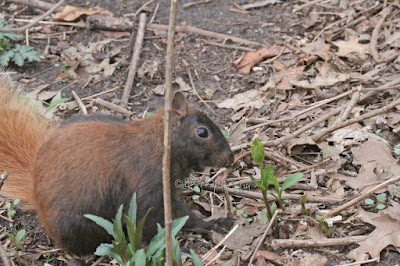 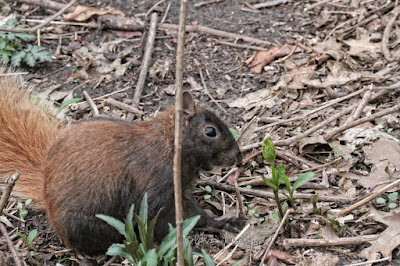 As of this entry, I have not learned the exact ID for him/her but here is what the Squirrel Census Commander has to say about it:

"Most likely this specimen is an eastern gray who's color phase is between a cinnamon and black. While I've never seen one exactly like this I'm sure it's possible."

If I find out more re this creature, I will put an addendum in this entry. Meanwhile, a few yards north of this area, near The Shakespeare Gardens (which are in the vicinity of the Swedish Cottage Marionette Theatre)...

...a building which (according to one The Parks department's websites) "was imported to the U.S. in 1876 as Sweden’s exhibit for the Centennial Exposition in Philadelphia. The enchanting Swedish architecture and craftsmanship of the structure, suggestive of a model schoolhouse, caught the eye of Frederick Law Olmsted, who brought it to Central Park in 1877.

"A traveling marionette company was founded in 1939 and in 1947 the Swedish Cottage became home to the company. In 1973, a permanent theater was constructed inside the Swedish Cottage, designed for marionette performances. Since then, hundreds of thousands of children and families from around the world have enjoyed its original productions."

I have never seen a production there but I have witnessed some theatrics close by which is the  sight of squirrels vivaciously chasing each other across the lawn and/or spiraling down a tree trunk. An example of this can be seen in the next series of pictures: 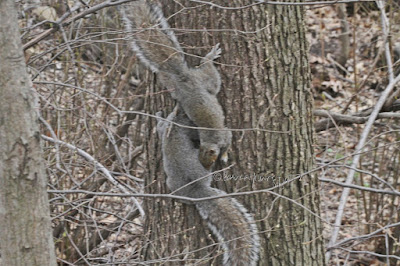 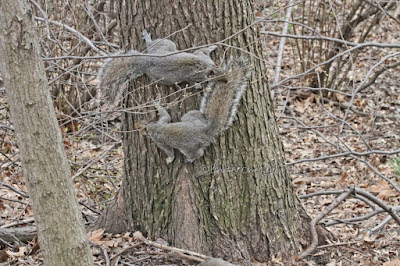 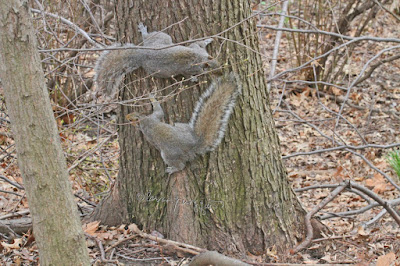 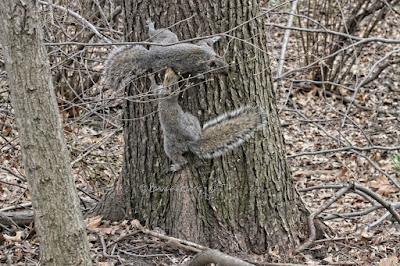 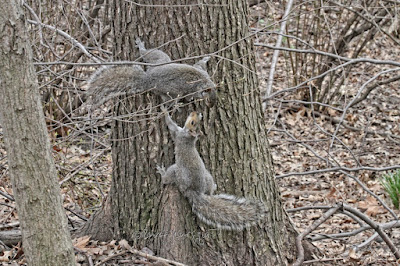 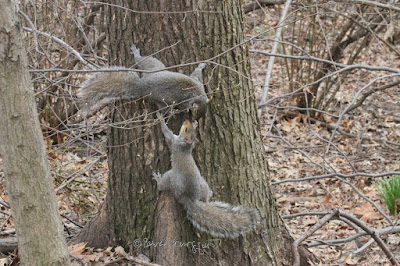 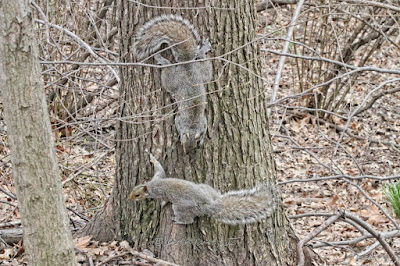 Their entertainment is hard to top even by the most talented human performers and seeing the antics of these squirrels is not only amusing as well as entertaining, witnessing such activity causes me to wonder why squirrels "play tag." According to "a lot depends on the age and the sex of the squirrels in question."

So... for this Tuesday's Truths 122nd segment of my blog, please allow me to refer you a webpage for live science that can explain reasons for the chasing behavior. Click here the info; which I hope you'll enjoy as much as I do!
Posted by The Last Leaf Gardener