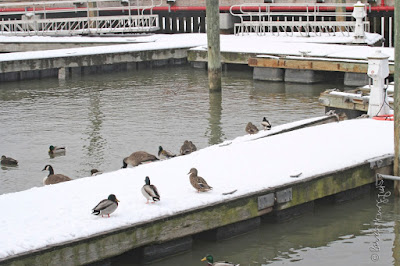 In yesterday's post here on Blogger, all but one of the bird types included were ones I'd seen when in Central Park this past Sunday.

The birds in the photograph atop this posting (mostly Mallards) are ones I saw the Saturday prior to that when I was walking along the portion of The Greenway (on the UWS) which is parallel to the Hudson River.

... and especially these particular lyric lines, "Looks like nothin's gonna change. Everything seems to stay the same..."

This is because in spite of the positive reviews I've received for my book series, Words In Our Beak...

... as well as the recommendations I've gotten for presentations I've made about the birds featured in these books and related issues, I can't catch a break financially. Part of this has been because I have a limited reach in terms of letting people know about the volumes I've published as well as letting them know what I have to offer in my presentations.

Recently I became hopeful about advancing my endeavors when I had the prospect of securing a marketing intern at the suggestion of KL, a professor at a prestigious university in NYC. I know KL through my parish and evidently she is involved with the education of marketing at her institution. Students at her facility take on internships, therefore she recommended my need for a marketing intern be posted where she works.

The suggestion was made to me in December with a promise I'd have an intern in mid January but it was not until February that I received names of any candidates. Out of the six people's name received and whom I contacted only three responded.

Of those three, one blew me off, one (who met with me this past Friday) has extended her current internship and won’t be available, the one who was supposed to meet me last week had a family emergency and we have rescheduled.

Meanwhile I contacted KL's assistant to let her know that I do not have an intern, so she sent me more resumes, but its a bit late in the semester and it does not look promising.

Moreover, before I even had a chance to look over the resumes, I received an email from KL, "Before you reach out to other candidates, let's have a brief chat. Please let me know when you have a few moments. Thanks...”

When I called her back she asked me, “How do you handle your skin condition when you meet people for the first time?”

I told her that I did not have a skin condition, rather, I had Neurofibromatosis (NF), a neurological condition in which one of the manifestations causes lump and bumps (known by the name neurofibromas) to appear all over the body.

Her response was to tell me that if she were nineteen or twenty (the age of these interns), she would be scared to death to work with me because she’d be afraid she'd "catch" what I had and end up looking like me.

As you may know, dear reader, I discussed the KL "scenario" in a blog post that I published last week but I'm still stunned, for she really caught me off guard. After all, she is the one who suggested my having an intern (back in December) and she could’ve asked me about my appearance then, if it bothered her.

I cannot wallow in this situation or "sit on the dock of the bay" and watch the tide roll in because my circumstances are dire and I need income, but I do admit, as I said earlier, "Looks like nothin's gonna change. Everything seems to stay the same..."

AND this my Tuesday's Truths for this one hundred and sixteenth segment. 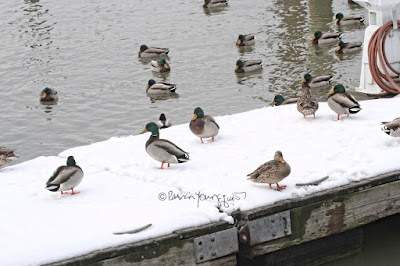