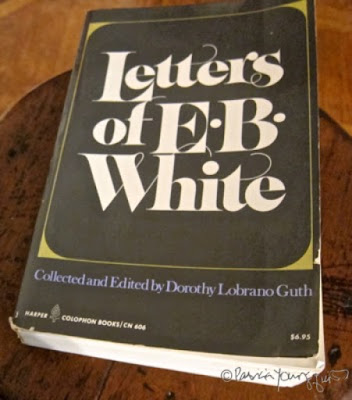 This is (for the most part) a repost of an entry here on Blogger from a Presidents' Day in bygone years and it includes is a "copy" of an excerpt from a letter that the writer E.B. White wrote to Gluyas Williams in 1971, the year the holiday of celebrating George Washington's birthday with Abraham Lincoln's was created.

Prior  to this both president's birthdays were celebrated on their days of birth, February 12th and February 22nd. In 1971 GW's celebration was moved from 2/15 to the third Monday in February (as was Lincoln's). E.B. White wrote a letter (as mentioned in the first paragraph) in response to this, an excerpt is posted below.

"I am not used to celebrating Washington’s birthday on the 15th of February (or in today's case Fenbruary 18th), so I walked up early this morning and deposited letters in our mailbox. Then had to return and retrieve them an hour later when it dawned on me the mails weren’t moving today, even though George is still locked up tight in his mother’s womb and won’t emerge for a full week. This country is nuts. The only date I would like to see shifted is December 25th, which I would like shifted to February 29th, so that occurs only once every four years. This would have a profoundly beneficial effect on the nation and would set me back even course again." (The letter is included in an anthology, "Letters of E.B. White," and a picture of that book accompanies this entry.)
Posted by The Last Leaf Gardener