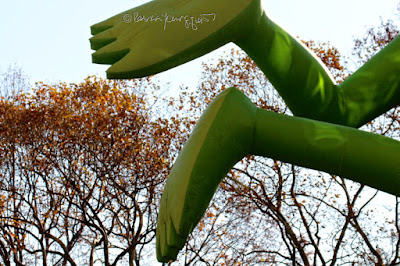 Welcome to segment 115 of my Tuesday's Truths series. The photograph atop this entry is a partial view of a Macy's Ballon (which was in one of their Thanksgiving Day Parades in bygone years) rendered in the likeness of Kermit The Frog. In this image, he is "flying" high above the treetops along CPW (Central Park West).

I thought of their ballon when I was by The Pond in Central Park yesterday.

I had gone there because Manhattan Bird Alert had sent out a tweet stating that the Mandarin duck (seen below in pictures I took last week)...


... had been spotted at that location in the morning. As you undoubtedly know if you follow this blog, I have been like the majority in that I'm enamored by his beauty. This is evidenced by my many blog posts that are published here as well as by my collection of his photos that are being sold via FAA (Fine Art America).

In any event, when I arrived where had reported having been seen, he was no where around. However, a very sweet-looking lone American coot was enjoying The Pond, as evidenced in the following pictures. 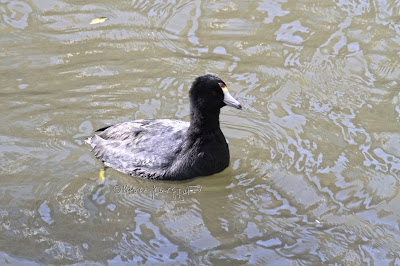 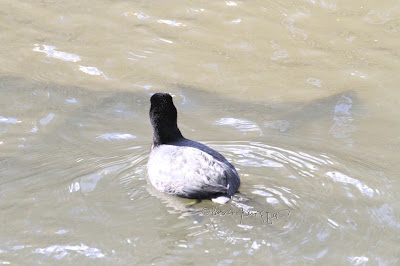 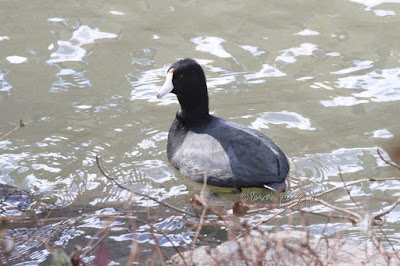 When I saw his/her green legs and feet (thanks to a very long lens on my camera), I instantly thought of Kermit, the Muppet character, who is an "anthropomorphic frog and Jim Henson's most well-known creation."

It's rather hard to see the coot's green legs and feet as they under water in these pictures. Nut I've put my signature near his/her green feet and legs in the hopes that you will be able to notice the features of this amazing bird. AND that's Tuesday's truth for today!
Posted by The Last Leaf Gardener