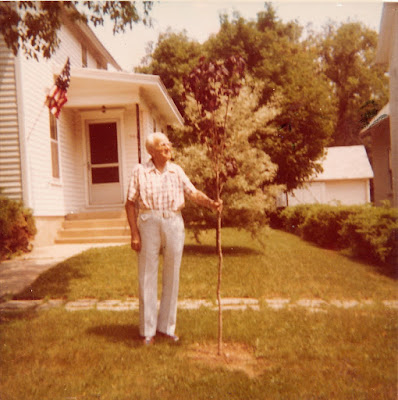 The photo atop today's entry features my paternal grandfather, Albert Elmer Herman Louis Melahn (Albert) and it is one you might recognize, dear reader, for I've included the image within a number of entries here on Blogger, starting with my fourth post which I published on 1/8/2010.

One of the topics discussed in that entry is his probable influence on my rooftop garden.

For a few years after the publication of my blog's fourth post, I mostly discussed subjects related to gardening, but in 2012, after a female cardinal (pictured below)...


... began visiting it, I began to include her stories (as well as the stories of other birds who followed her "lead") within my entries.

I named her Cam in honor of my paternal grandparents, Clara and Albert Melahn (seen in the next image which shows them celebrating the first (or maybe it was the second) birthday of yours truly with my Aunt Joey). 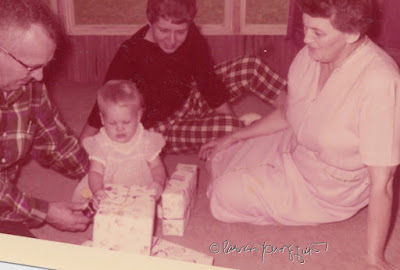 At this juncture I have published a three volume book series (Words In Our Beak)...


... in which the stories are told from Cam's perspective, and I must say that while my grandfather probably influenced my gardening, it was my grandmother (who out lived him by almost eleven and a half years) whose final words to me were to tell me to "get back to my writing." I'm very blessed to have spent time with my maternal grandparents  and Cam is thrilled that her name is based on them.
-----
Here's the purchase info re our book series: