Monday's Second Memo re Observing Squirrels (It's from Bill Whitehead) 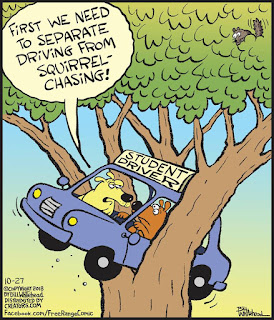 Twenty six days ago,  here on Blogger, I announced that October is Squirrel Awareness Month and ten days later on October 13th, I discussed the fact that a Squirrel Census was taking place in NYC's CentralPark. The census has now come and gone, but when I saw Bill Whitehead's 10-27-2018 cartoon (a copy of it is posted atop this entry), I thought about those involved in the squirrel counting event.

During this month of October I observed a number of squirrels in Central Park and I published a number of posts (here on blogger) about my various encounters with these creatures including a lone cinnamon variant, a number of common gray squirrels, and a lone Black Squirrel.

Representatives  of each of type are featured in the following photo-ops. 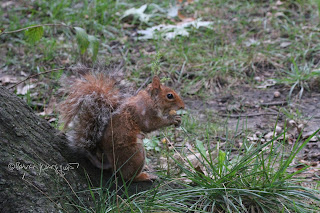 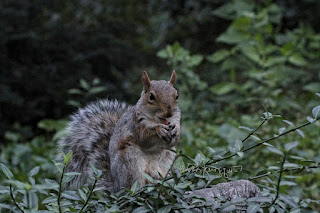 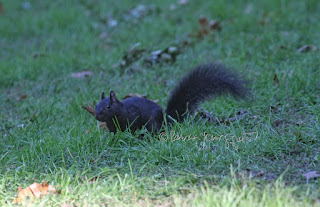 While Squirrel Awareness Month may be coming to an end (October will be over in a couple of days), I still look forward to encountering squirrels both in Central Park and Riverside Park.
Posted by The Last Leaf Gardener