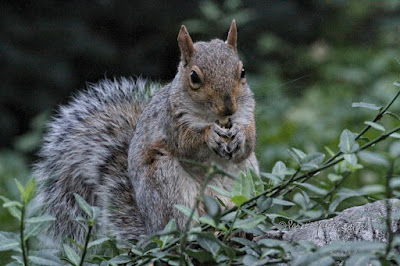 Twelve days ago, on Wednesday, October 3rd, I published an entry here on Blogger in honor of Squirrel Awareness Month, which always occurs in October.

The photograph of a lone Eastern Gray squirrel that is atop this entry is one I took when I went for a walk in Central Park  this past Friday and the following images of a "cinnamon" squirrel are ones I took last Saturday. 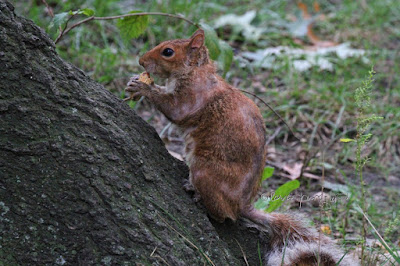 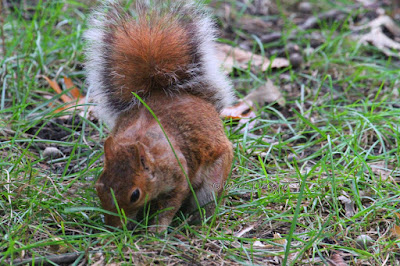 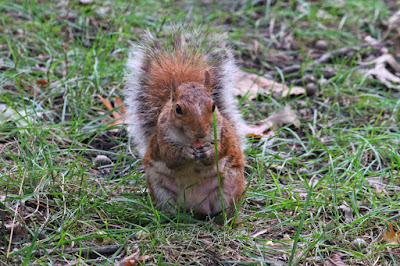 I was awestruck by this creature's coloring as it was the first time I'd ever seen a squirrel who appeared to be a "red head." I thought I was seeing a Fox Squirrel, but not wanting to report '"fake news" here on Blogger, I posted my ID question, which is something I mentioned in my blog post for that evening.

As I stated in the aforementioned entry, I'm grateful to have heard back (via a tweet) from the man in charge of the Squirrel Census currently taking place in Central Park, for he informed me that the squirrel I'd seen was "probably a cinnamon highlighted eastern gray squirrel that is molting."


This little "red-headed" guy/gal or the common gray squirrel who I featured in the image atop this posting could've easily been the "protagonist" featured in Ralph Waldo Emerson's poem, The Mountain and the Squirrel, which is posted (in a copy from a web-page) below:

The mountain and the squirrel
Had a quarrel,
And the former called the latter
"Little prig."
Bun replied,
"You are doubtless very big;
But all sorts of things and weather
Must be taken in together
To make up a year
And a sphere.
And I think it no disgrace
To occupy my place.
If I'm not so large as you,
You are not so small as I,
And not half so spry:
I'll not deny you make
A very pretty squirrel track.
Talents differ; all is well and wisely put;
If I cannot carry forests on my back,
Neither can you crack a nut."

The poem, like the cinnamon-colored squirrel is new to me and upon doing some research about interpreting it, I discovered an insightful  reflection on it which I listened to via a You Tube video. I thought it might be something readers of this blog would appreciate so I've posted it directly below.

I'll let this video suffice for my Monday musings, but not without reminding you to be cognizant that we are in Squirrel Awareness Month and advise you to observe the antics of these creatures during their special time. Moreover, I 'll leave you as I started this entry, with photos that I took of Eastern Gray squirrels when I was in the park this past Friday. 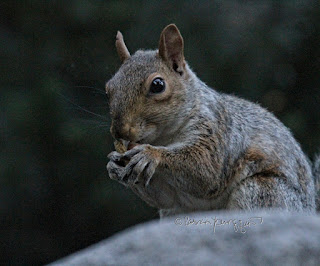 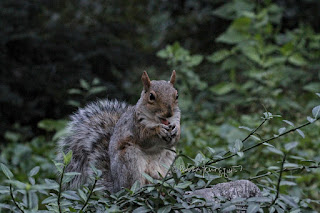 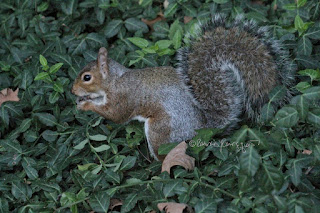