In honor of Sylvia Plath (and Frieda Hughes) 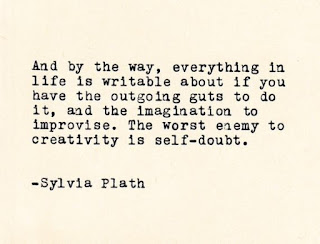 Had Sylvia Plath not died from suicide in February 1963, she might be celebrating her birthday with her daughter (Frieda Hughes) for she was born on this day of October the twenty-seventh in the year 1932. Frieda Hughes was not quite three years old at the time her mother died.

I've discussed Sylvia Plath in a few entries here on Blogger, including one post where I wrote about the quotation featured in the web-image that is atop this entry.

As of today, I don't have much else to say re Ms. Plath but I came upon a video) of Freida Hughes reciting her own poem, Bird.

I've posted it below in honor of the late Sylvia and as a way of paying homage to Hughes.