I've just been reminded that the Central Park Squirrel Census will be ending a week from today on October 20th 2018.

Because it is Squirrel Awareness Month, I knew the census was taking place, but my mind, as you may have guessed, dear reader, has been preoccupied with the delays in the release of the third volume of my book series, Words In Our Beak...

... but as I've mentioned here on Blogger in recent posts, I'm making it a point to not get discouraged re my circumstances and to (among other things) focus more than usual on squirrels during their month for awareness (which is always October).


I always am delighted by them but am glad to have an excuse to spend more time with them, so today, I was on a mission to do just that as I walked in Central Park. And these entertaining creatures certainly did not disappoint! In fact I came upon a type of squirrel, I'd never seen before and he/she can be seen in the next set of pictures. 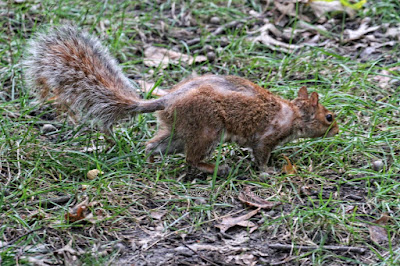 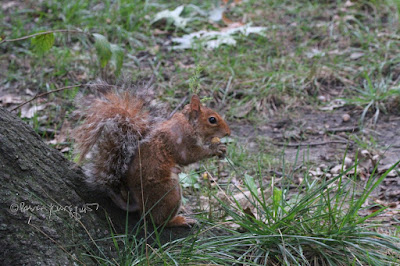 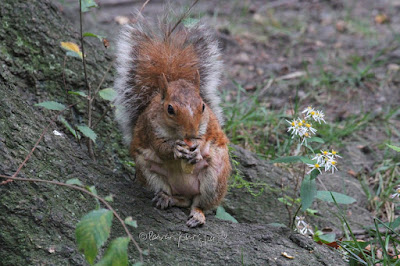 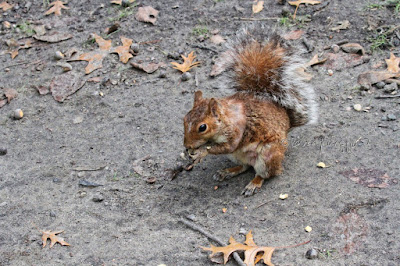 At first I wondered if the animal was  a Fox Squirrel, but after reading an article, I came to believe the squirrel I am now mentioning is a variant on the common Eastern Gray Squirrel. I turned to Twitter for an answer by tweeting the following:

I did not hear from those I tagged, but I did receive this response:

Looks to be a cinnamon highlighted eastern gray squirrel that is molting.

And as it turns out the reply is from the Squirrel Census Field Commander! He will be in NYC with those doing the census and I hope to meet him! I have a special entry re squirrels that is scheduled for this Monday (October 15 2018), after that I will reach out to him (which I've informed him).