"A Walk in the Park" 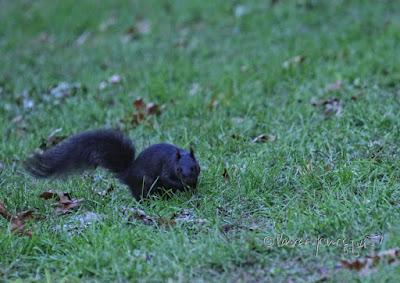 Cambridge Press defines the idiom, "a walk in the park," as "something that is very easy to do, and usually pleasant." And indeed, my walk in Central Park yesterday was pleasant. I went there to check out the squirrels since this is Squirrel Awareness Month (as I initially mentioned in my October third entry here on Blogger) and I did not come across the "cinnamon variant" which was the type I encountered last week, but I did meet up with a Black Squirrel who can be seen in the photo atop this entry. In by gone years I've only seen this type in the winter so it was a nice surprise to see this creature frolicking amongst the pigeons...

.... and having some quality time alone. 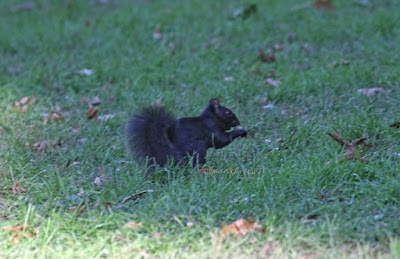 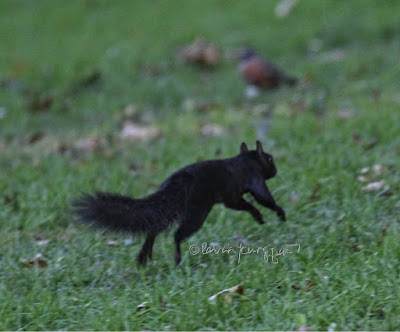 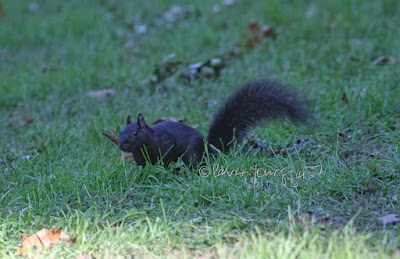 I can certainly understand why this squirrel's type color "has caused many people to admire them," and that was certainly the case with me, but, people around me had their eyes glued to their cell phones and seemed to not take notice of this beauty whatsoever.

This creature was by far not the only one who gave me cause to pause, for I came upon a sighting bear the Gapstow Bridge that was most unusual. I saw a parrot (who later I learned has the name Mango, keeping warm by snuggling in the fur of a cat, as evidenced in the pictures below. 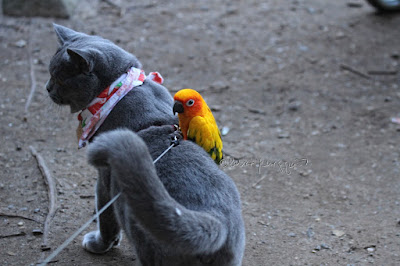 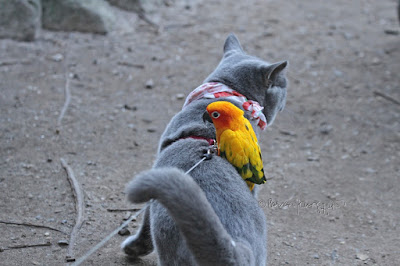 Mango could easily be a "spokes-bird" for how to stay warm on a cool autumn day AND Ponzu understands tolerance.

Another sighting that I happened upon was a white-throated sparrow, a creature I've seen a number of times in the park, but not in the area where I saw him/her, which was near to Sheeps Meadow. I only noticed this bird (who was nearly camouflaged by a rock as well as foliage) because a man who identified himself as Richard (and his partner as Elizabeth), pointed the white-throated sparrow out to me. The little bird can be seen in the next set of pictures and as you can see it would be easy to not notice this bird's presence. 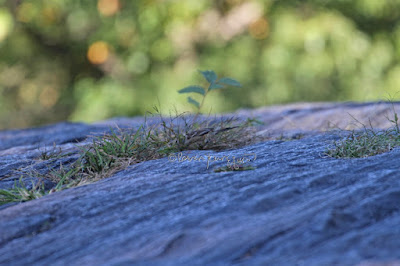 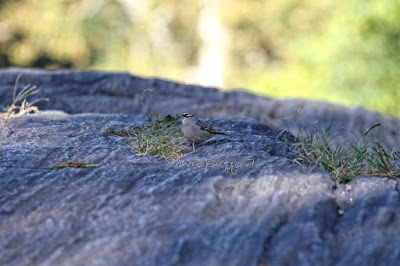 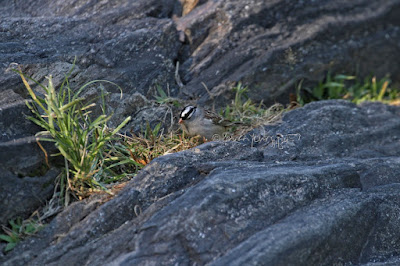 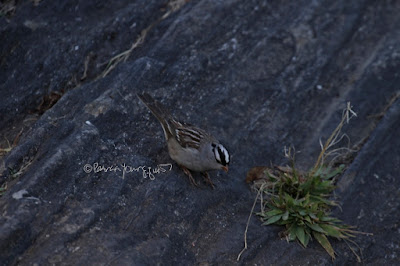 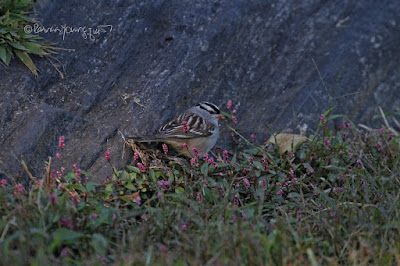 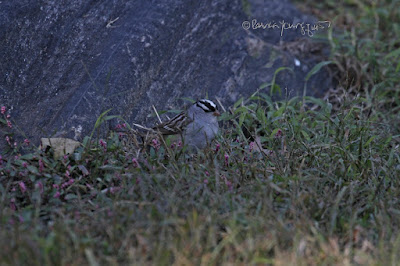 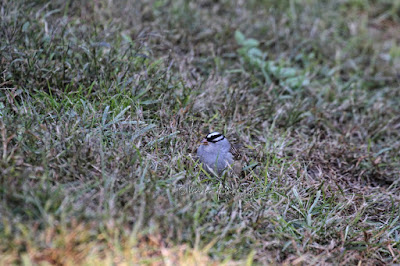 To my knowedge, a white-throated has only visited my rooftop garden on one occasion but I have referenced this bird type in my book series, Words In Our Beak. And that's it for now re today's walk in the park!


Please click here to go to my blog post that provides details as to where you can get these books.