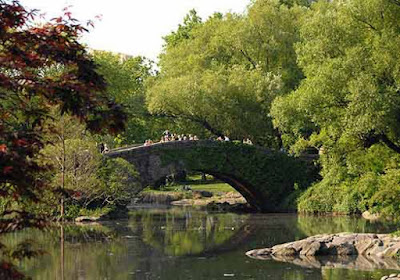 My sister snd her son (James Miranda) were in NYC for a few days last week and he wanted to see The Plaza Hotel, so at my suggestion, we walked through a portion of Central Park and headed towards the Gapstow Bridge to give him a scenic route of getting there.

An image of this famous bridge (which was taken from a web-page) can be seen atop this entry. The text accompanying states the following:

"Curving gracefully over the neck of the Pond at 59th Street, Gapstow is one of the iconic bridges of Central Park. It is the second bridge on the site. The first, a much more elaborate wood and iron bridge, designed by Jacob Wrey Mould, deteriorated and was replaced in 1896. The bridge offers postcard views of the surrounding cityscape. Facing south, you can see the famed Plaza Hotel and distinctive New York skyscrapers rising from above the Park's trees. Look southward in the winter and you'll see Wollman Rink's twirling skaters; in the warmer months you'll see the colorful amusements of Victorian Gardens."

In the lower right hand corner of their photograph there  is a view of a large rock that is often heavily populated by a number of birds (including Mallard ducks) as well as turtles, but, (probably) because it was unseasonably hot, there were only a handful of animals there on the day of my guest's visit.

They can be seen in the next picture. 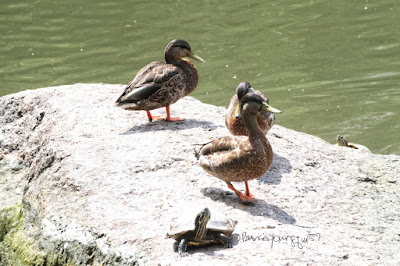 This image is very similar to one which is included in yesterday's entry on TLLG's FB page, where I discussed the fact that Central Park turtles influenced my kaleidoscopic photograph known as Turtle Pond, which is now available in many formats, thanks to Fine Art America.

But getting back to the web's image of the Gapstow Bridge, an area south of it, is where I have often come upon Wood ducks, a bird type which I was hoping to show my nephew, but, alas none of this variety were there on that hot day.

However in the tree tops that are southwest of the image I've included which features a lone turtle and a few female Mallards, a lone Great Egret was taking advantage of a view from those branches as seen below. 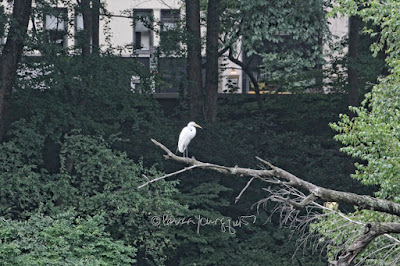 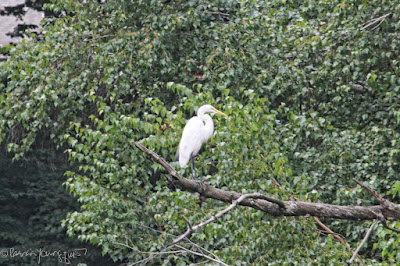 I've seen this fauna variety in those treetops on my previous walks in the park, but I have no way of making sure that the egret whom I saw this past Friday is the same creature whom I've seen in the past.

However, rather this egret is the same one whom I've noticed in the park before or not, I'm glad I had the chance to introduce this lovely creature to my nephew as well as my sister, who took the following photo of him/her. 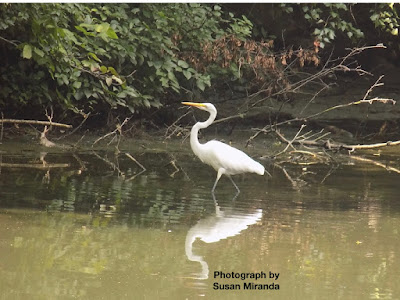 I also took pictures of this avian beauty and I will conclude today's post with my egret pictures as well as with a poem that Mary Oliver published re this bird variety. 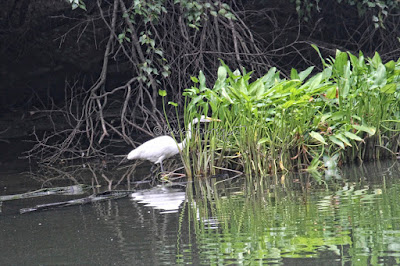 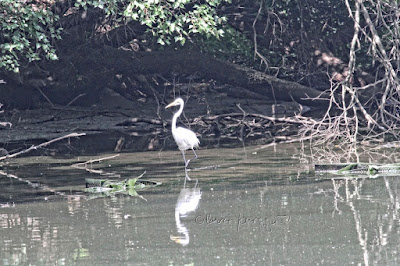 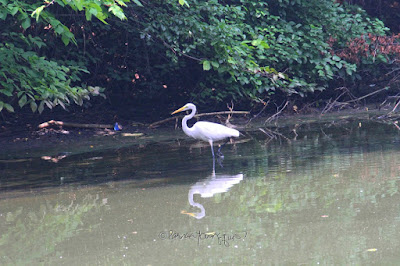 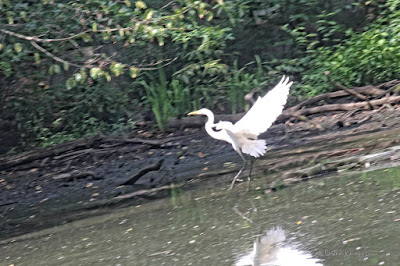 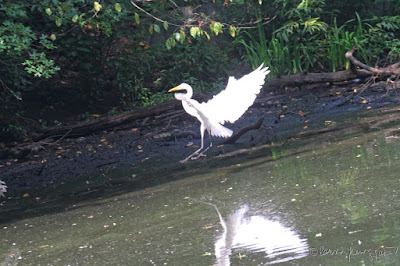 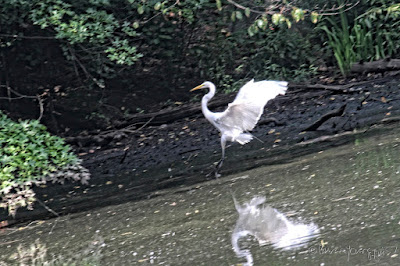 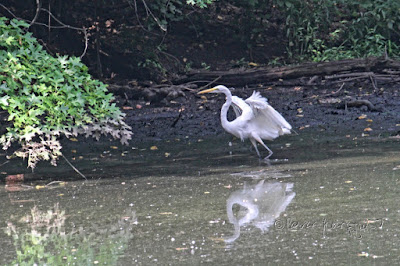 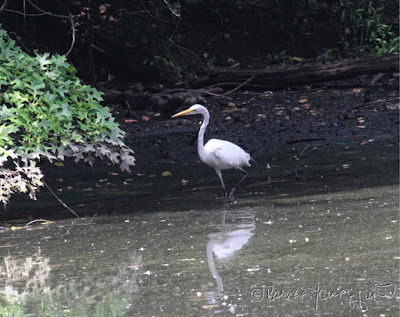 "Where the path closed
down and over,
through the scumbled leaves,
fallen branches,
through the knotted catbrier,
I kept going. Finally
I could not
save my arms
from thorns; soon
the mosquitoes
smelled me, hot
and wounded, and came
wheeling and whining.
And that's how I came
to the edge of the pond:
black and empty
except for a spindle
of bleached reeds
at the far shore
which, as I looked,
wrinkled suddenly
into three egrets - - -
a shower
of white fire!
Even half-asleep they had
such faith in the world
that had made them - - -
tilting through the water,
unruffled, sure,
by the laws
of their faith not logic,
they opened their wings
softly and stepped
over every dark thing."
Posted by The Last Leaf Gardener