WEATHER ALERT with a way to keep cool! (Monday's Memo) 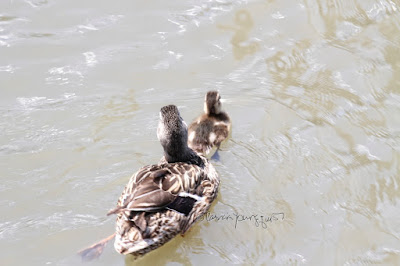 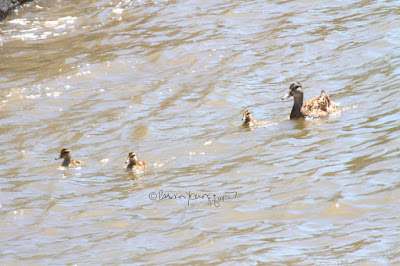 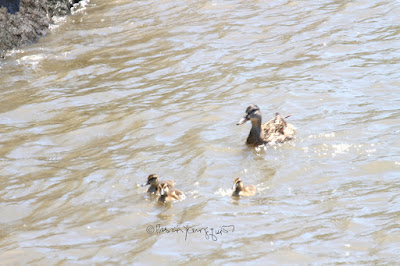 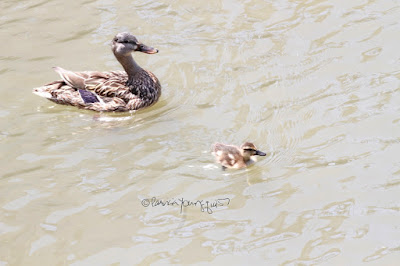 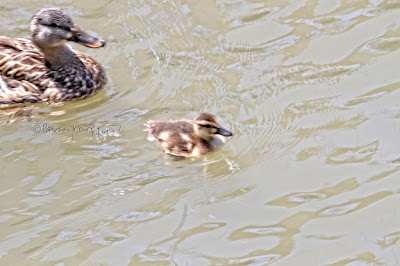 According to a number of reports (including one that you can reference here), New York City "will be under an air quality advisory for much of today (Monday, June 18th) as temperatures approach a record high. The mercury will reach near 92 degrees with a heat index temperature that feels as hot as 95, according to the National Weather Service. The state Department of Environmental Conservation issued an air quality advisory for 11 a.m. to 11 p.m. Monday as the temperature gets up near the 1929 record of 95 degrees...High ozone levels in the air will come with the hot weather, meaning young kids and people with medical issues such as asthma or heart disease should be careful in the heat, state officials warn."

Upon learning this, I immediately thought of a scene that I came upon this past Saturday, when I was on a pier located near the Boat Basin at the Hudson River.

On that day, I discovered a female Mallard duck being very attentive to her newborn ducklings, as evidenced in the images atop this entry.
The male Mallard was in close proximity, however, he was not as "hands on" with the newborns as was the case with the male Canadian goose (whom I wrote about in yesterday's blog post).

In any event, re Mallards, I have learned that "a mother duck will usually lay around 10 or so eggs. She tends the eggs by herself in a nest. Shortly after the ducklings hatch out of the eggs, the mother duck will lead them to the water. From that point on, they usually do not return to the nest. Baby ducklings are ready to go within a few hours after they hatch. They can swim, waddle, feed themselves, and find food right away (as  you might surmise from the following photographs). Their mother will watch over them and help protect them for the next few months. After around two months, the ducklings can fly and will become independent." 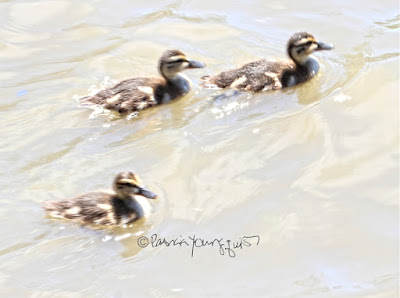 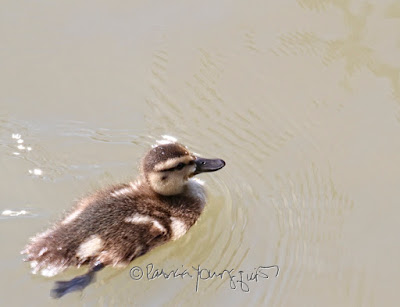 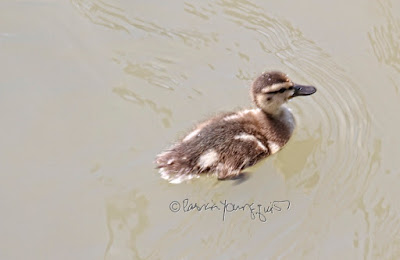 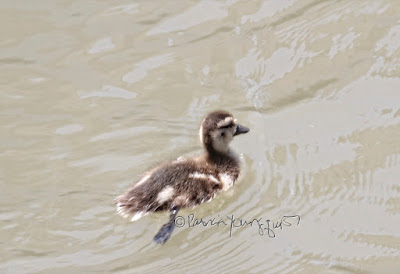 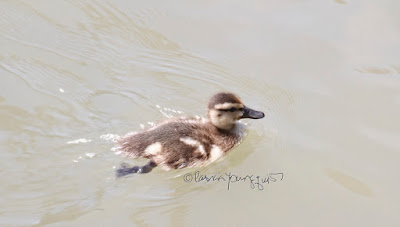 Since we are having extremely hot (record breaking) temperatures here in Manhattan, just looking at these ducklings swimming in the river is refreshing to me. I hope that's the case for you too, dear reader.
Posted by The Last Leaf Gardener