This Thursday's Testimony is for the Birds! (some of the birds that is)

This particular Thursday (March 22nd) "is the 81st day of the year (82nd in leap years) in the Gregorian calendar. There are 284 days remaining until the end of the year. This date is slightly more likely to fall on a Tuesday, Thursday or Sunday (58 in 400 years each) than on Friday or Saturday (57), and slightly less likely to occur on a Monday or Wednesday (56)."

Mooch and Earl are honoring the day by birding, as seen in the Mutts comic strip posted directly above, where Mooch is being "reprimanded" by a ruby-crowned kinglet for only noticing a robin.

Normally by the twenty-second of March, American Robins  have returned to my urban garden (here in NYC), but the spring season has been slow in getting underway in my area (as I mentioned in yesterday's post here on Blogger) and I haven't seen one spending time in my place as of this entry.

However, I saw them in Central Park, on February 8th, as they may have gotten the memo that the city's groundhog had predicted an early spring (which ended up being fake news) this past Groundhog Day (2-2-2018).

Be that as it may, one of the robins I encountered there can be seen in the set of pictures below.


In any event, American Robins were not the first birds I've seen in Central Park in this year of 2018, which as you may know, has been designated as The Year of the Bird, due to this being the one hundredth anniversary of The Migratory Bird Act.

Ever since the onset of 2018, I've seen the usual cast of avian characters who spend some of their time in Central Park. These include blue jays, Canadian geese, cardinals (female and male), common grackles, European starlings, House sparrows (including a very young one), Mallard ducks (female and male) pigeons, as well as white-throated sparrows. They are all represented below respectively: 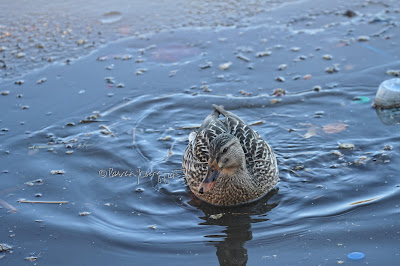 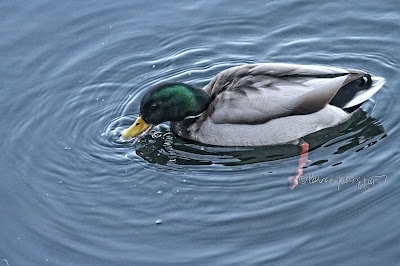 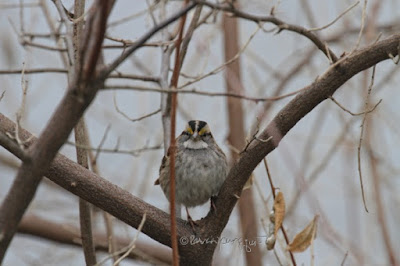 For me, this Year of the Bird, has also already provided me with the opportunity to meet a number of bird types whom I've never seen in Central Park.

My findings (with links to my blog posts) in order of how I discovered them in the park (during the time period from January 18th 2018 through March 19th 2018) can be seen in the next set of pictures. 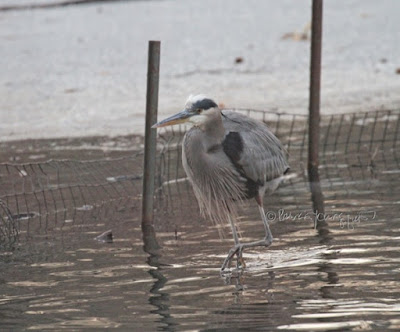 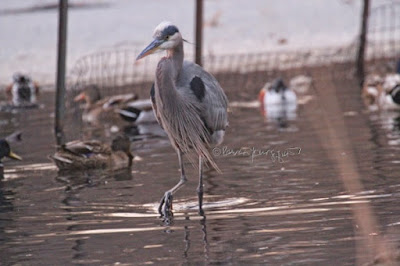 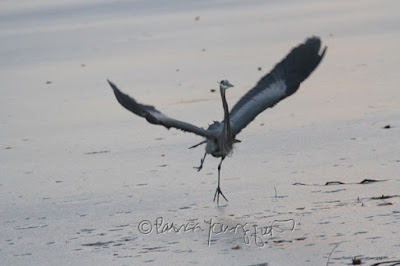 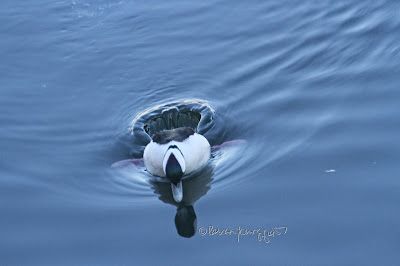 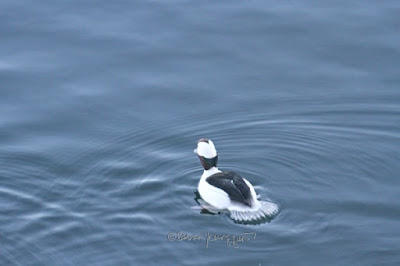 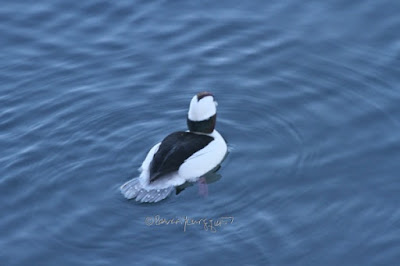 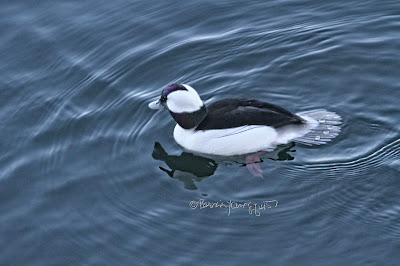 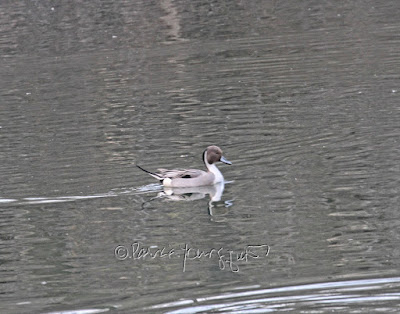 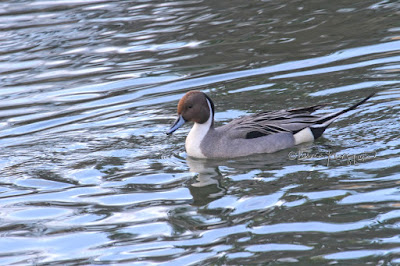 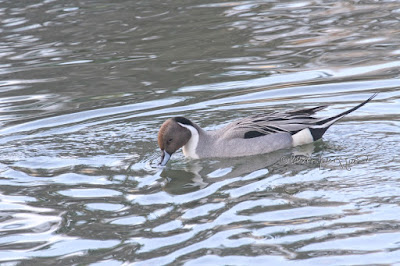 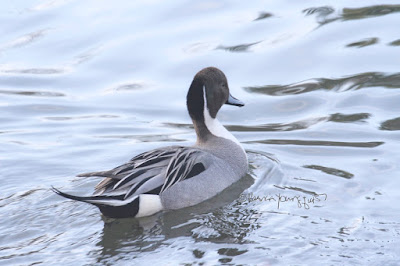 And last but hopefully not the least by means are two more types (known as the Wooden Duck and the American Coot) that I saw on March 19th, but haven't — as of this entry— been able to include in posts other than this one. They can be seen in the following two sets of photos (respectively): 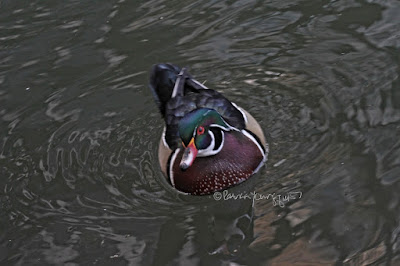 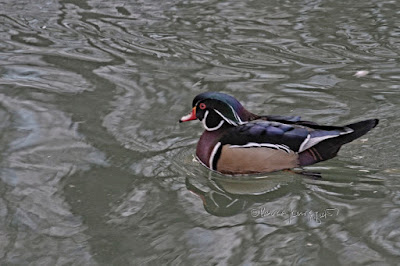 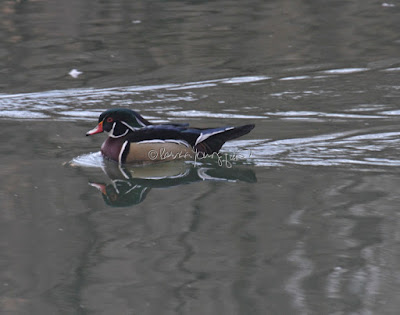 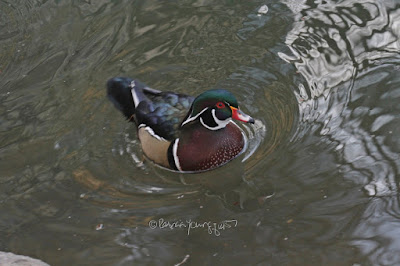 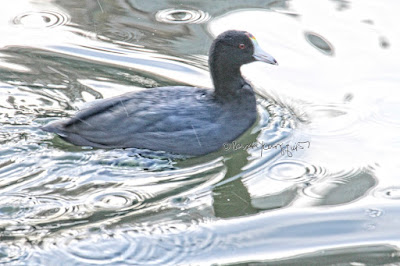 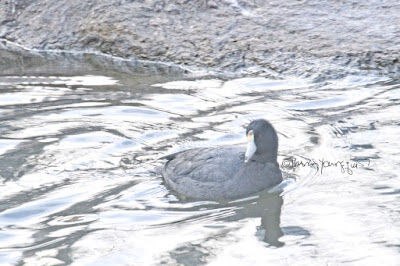 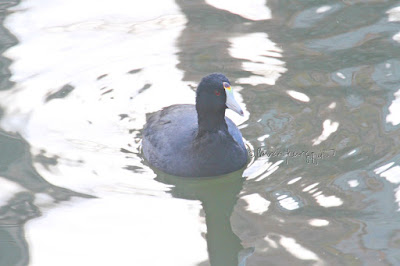 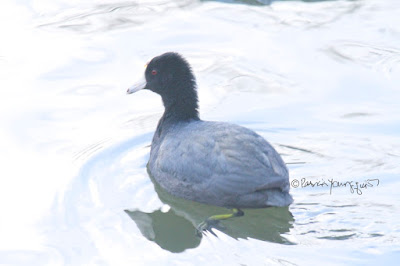 Admittedly, my images of the American Coot are far from my best bird pictures and I hope that I will have a chance to see him/her the next time I'm in Central Park.

Meanwhile, I'd like to thank Migratory Bird Ctr for responding to my tweet this morning (as seen in the screen shot below) when I was reaching out to others re this bird's ID. 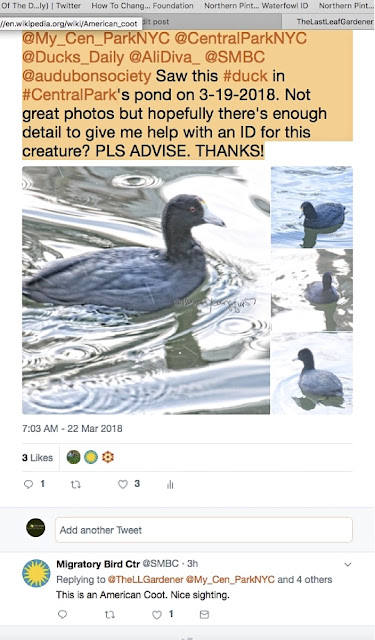 As you can see the Migratory Bird center not only responded with an ID, but they said I had a "nice sighting."

My sighting was a nice blessing to behold but my pictures of the American Coot do not give him/her justice, so I truly hope I'll see the creature again and get a better picture (stay tuned).

Meanwhile, in this Year of The Bird the members of the fauna community who are new to me in Central Park, have not been my only experience with an unfamiliar avian creature. This past January, I spotted a red-tailed hawk within the branches of an Ailanthus Tree that grows in a courtyard in close proximity to my rooftop garden.


As of today's blog entry, I've now encountered seven bird types within NYC on this eighty first day in The Year of the Bird! I hope to see more but I need to remember to remain grateful for the beauty of fauna that I've already seen, including the twenty plus types who have visited my garden and filled my life with joy.

Many of the types that have come here, as well as certain shorebirds (American Oystercatchers) and Canadian Geese are included in Cam's (my visiting female cardinal) book series, Words In Our Beak.

Hardcover versions of volume one, two and three can be found wherever books are sold.