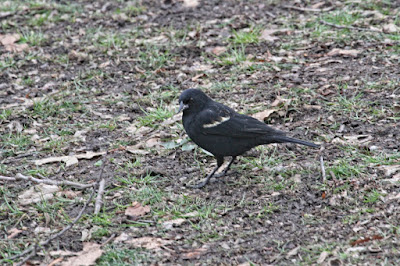 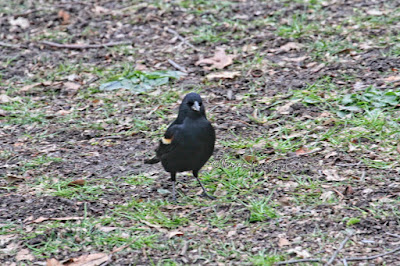 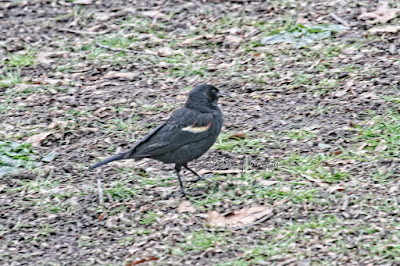 This past Friday I met my eighth new bird type (who can seen in the photographs posted directly above) in this Year of The Bird! I encountered the little fellow when I was walking in Central Park.

This particular is a member of the Red-Winged Blackbird family and his ID, as well as his gender, was confirmed for me by Robert DeCandido PhD. As you may recall, dear reader, DeCandido is the one who ID-ed a Great Blue Heron whom I came upon in Central Park earlier this year. You might also remember that he a provided bird information (gender) when I met a Bufflehead Duck for the first time. Both bird types can be seen in the photos below (respectively). 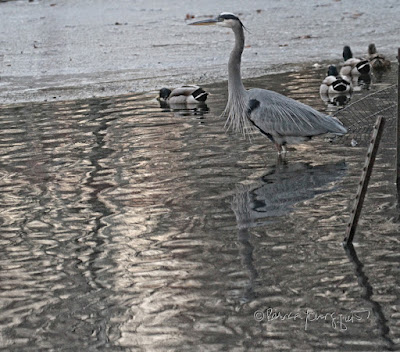 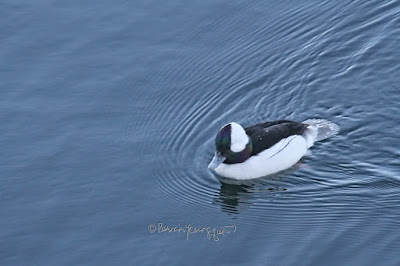 In any event, I'm very grateful for DeCandido and I hope I can afford to participate in one of his many bird walks in the near future.

But getting back to my coming upon a Red-Winged Black Bird, my encounter with him was by mere chance, for I had gone to the park and headed to the pond in hopes of seeing an American Coot, a bird type that I initially encountered on March 19th under very bad conditions for taking a photo and I was hoping to get a better picture of this bird.

Unfortunately, I did not see any American Coots at the pond but a couple of Wood ducks (a bird type that I also met for the first time on March 19th) were there, and they can be seen in the next set of pictures. 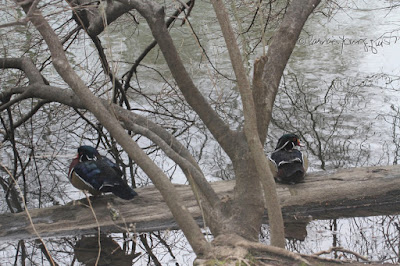 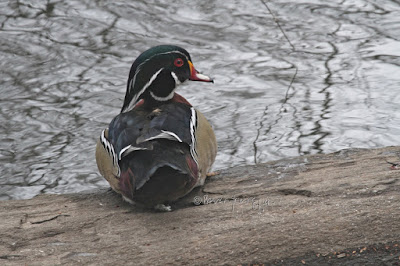 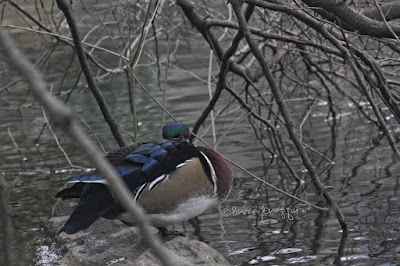 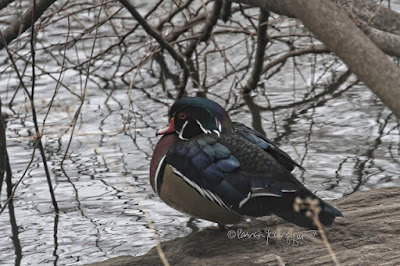 I came upon Khaki Campbell ducks (with heads that were black) for the first time (that I can recall) within Central Park's pond. Prior to this, I had only seen this bird type in the park's lake or swimming in the Hudson River. 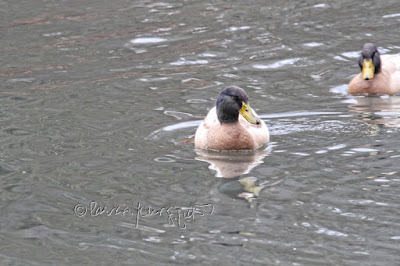 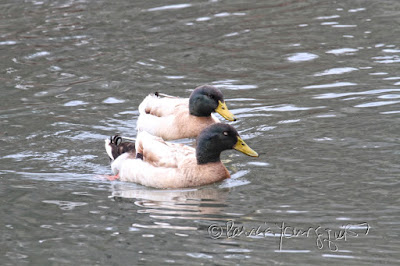 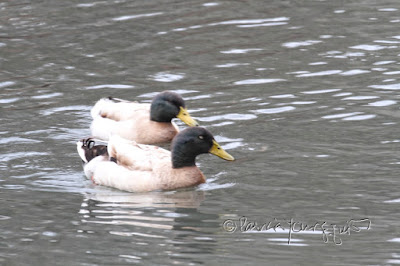 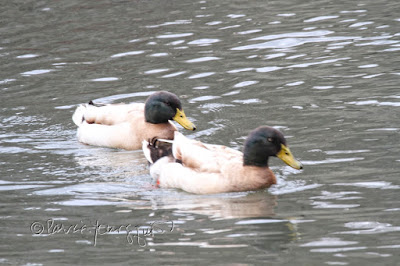 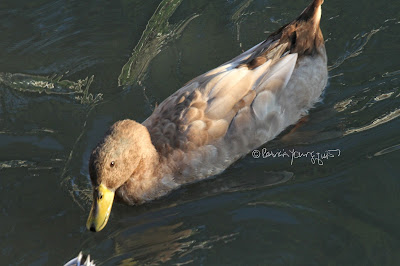 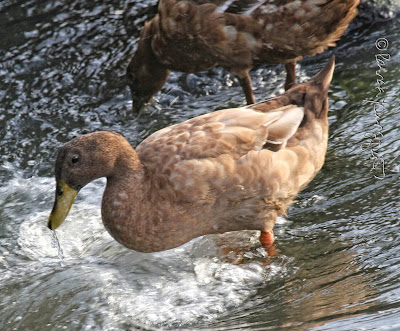 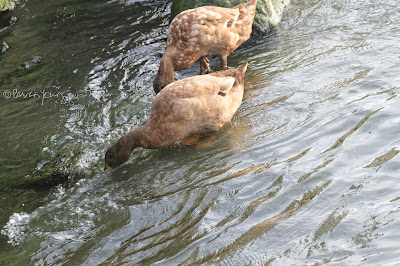 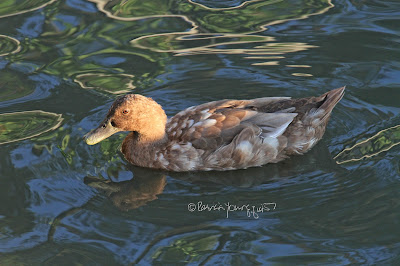 The "usual" cast of avian characters such as Mallard ducks were also enjoying the pond. I saw quite a number of them, including one who was spending his time dunking his head in the pond, and another who was preening.

Images of Mallards doing these activities can be seen directly below (respectively): 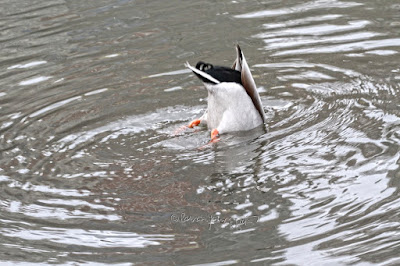 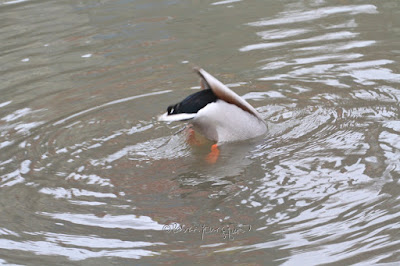 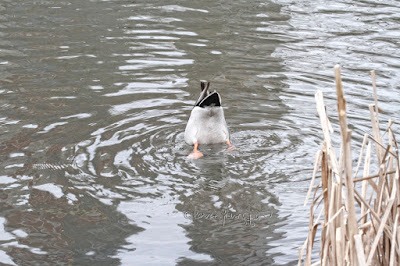 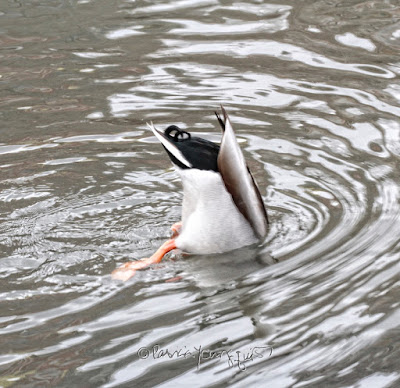 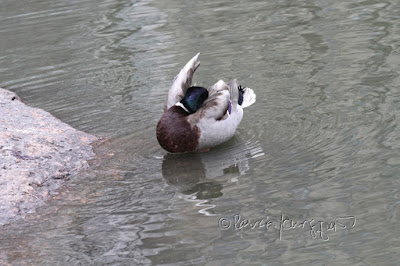 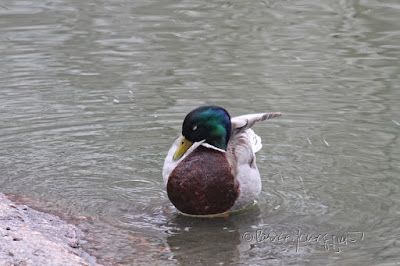 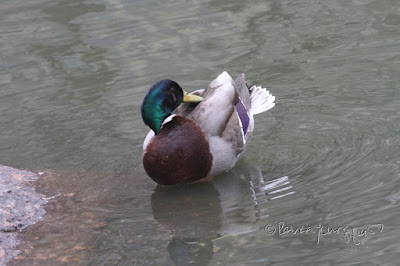 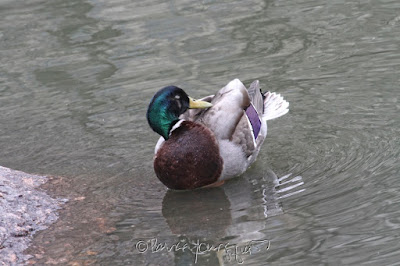 Canadian Geese were also among the 'usual" cast of characters. In the following sequence of pictures, a pair of them can be seen taking advantage of a chance to spend an afternoon in the pond.


Geese and mallards were not the only cast of characters who I designated as the "usual ones," the familiar Central Park fauna visitors were not limited to those belonging to water fowl families, I saw a number of non-water birds, including Common Grackles and American Robins, who were either spending time alone (enjoying the last of the snow from Toby) or in the company of house sparrows (all of them can be seen in the following photographs respectively).


I'll conclude my post by saying that on this day when I went to Central Park in search of seeing an American Coot, I happened on other creatures too including a number of squirrels (one is represented in a picture directly below) as well as a lone rat, who is also represented in the last image for this posting. 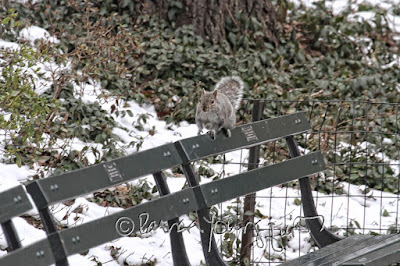 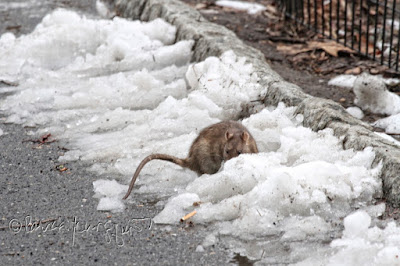 What a hoot! This goes to show you dear reader, that one never knows who they'll meet when on a mission to see an American Coot!
Posted by The Last Leaf Gardener