Thursday's Tale: Yet another walk in the park. (A View From OAK Bridge) 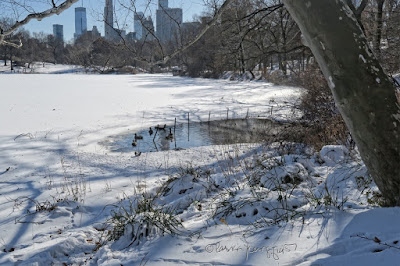 This past Monday, even though temperatures were only in the twenty-degree range, with "real feel" temperatures much colder, I took a walk in Central Park; to see how our wildlife was faring in the bitter cold.

After all, beyond-frigid temperatures haven't stopped me from going to the park before. As you may recall, from a previous post here on Blogger, I took a walk in Central Park earlier in the month when temperatures were far below what they were this past Monday.

The first photograph atop this entry was featured in the aforementioned blog entry, and I'm including it in this posting as I have a correction to make, for I stated that the view being featured in the image was a view from Bow Bridge, but I had a senior moment in stating this, the view is actually from the Oak Bridge, which I returned to Monday afternoon and took the following picture of the same subject from that vantage point.

The only difference is I zoomed in quite a bit (so a view of one of NYC's sky-lines is not included here as it was in the image I took earlier in January). I zoomed so that I could capture a bird type whom I've never seen in Central Park, or anywhere else for that matter.

I've indicated this bird by affixing an orange square to the second photo below (which is a duplicate of the first one that's there). 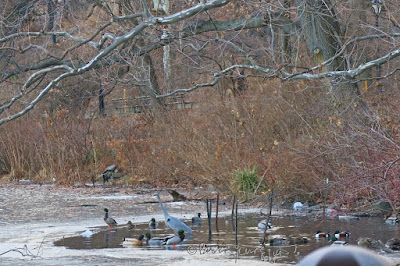 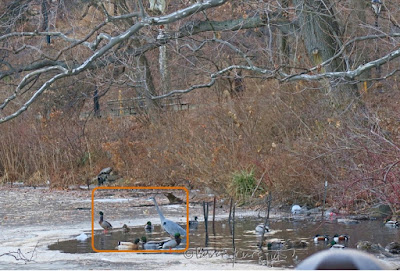 A passerby indicated that the bird who was new to me was a type of Egret. However, I did not take her at her word before writing this post, as I don't want to be accused of reporting fake news, which I inadvertently did when I referred to the view from this bridge as being from the Bow Bridge; and not the Oak Bridge, as I've just stated.

Upon my realizing that I'd confused the Bow Bridge with the Oak Bridge, I thought of a passage from Joan Didion's, Goodbye to All That, an essay on Didion's decision to leave NYC (which she ultimately moved back to years later):

".... All I could do during those years was talk long-distance to the boy I already knew I would never marry in the spring. I would stay in New York, I told him, just six months, and I could see the Brooklyn Bridge from my window. As it turned out the bridge was the Triborough, and I stayed eight years.
—-
In retrospect it seems to me that those days before I knew the names of all the bridges were happier than the ones that came later..."

Meanwhile, in terms of the bird who was new to me, I thought that I was ultimately able to find out his/her correct type from someone in my Twitter feed. Susan M. Thom, Esq solved my mystery, after I tweeted images of this bird and asked for an identification (since I could not find it in my own research).

In my tweet, I included the image atop this entry and three other photos of the bird (seen in the next set of images). 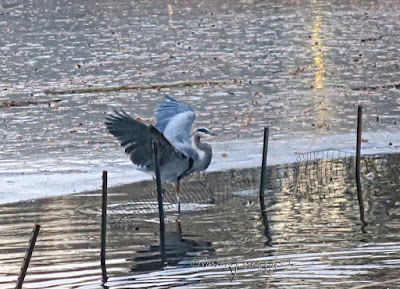 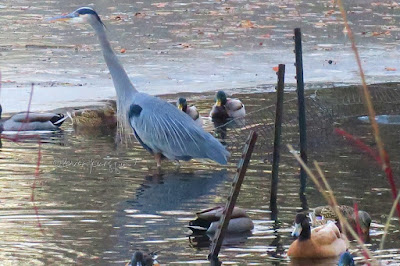 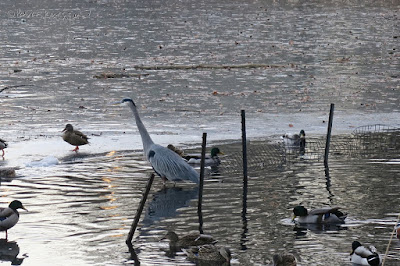 The three photographs directly above, were all taken from a vantage point, which is closer to the small area of the lake that never freezes; even when the rest of the lake does (as I discussed in my first posting re views from this bridge).

Susan M. Thom, Esq stated this in her reply to my tweet: "Looks like a #heron - possibly a Grey Heron (or Great Blue Heron?)."

I did some more research on the bird's id, and, according to a it seems Susan M. Thom was correct when she stated "(or Great Blue Heron?)."

My final confirmation came today. It was from Robert DeCandido PhD, whom I emailed at the suggestion of NYC Audubon. In My email I stated the following:

"I have queried many organizations about the ID of a bird (pictures included in this email) who I saw in Central Park this past Tuesday. I also did a lot of research; and I thought that I had ID-ed the bird, but am still unsure. I don’t want to spread any fake news in my posting about what I saw, could you please clarify the bird type?"

DeCandido got back to me promptly; giving me a lot of information, including the following:

easy one: adult (note white forehead) Great Blue Heron...not rare in NYC in winter (in fact common in some places). In Central and especially Prospect Parks, they can eat a lot of rats...so don't always need open water.

Additionally, I also heard back from "The Afternoon Birder," on Twitter and she stated: "It’s a Great Blue Heron. Congrats!"

Meanwhile,  I have returned to Central Park with my DSLR camera, twice since I came upon this striking Great Blue Heron, in hopes of being able to take better pictures of this lovely creature, but I did not come across the him/her. Therefore, like E.B. White's mother, my "remembrance of the beauty" I have seen, (at least in terms of the grey heron) will have to be sufficient.

Moreover, while I may not have encountered the grey heron on my return trip to Central Park, I did see a number of other lovely creatures whose pictures can be seen below. 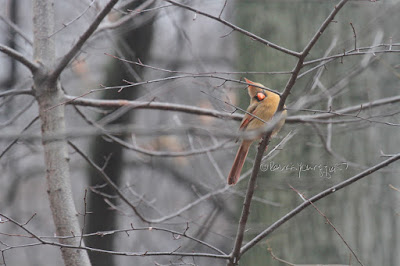 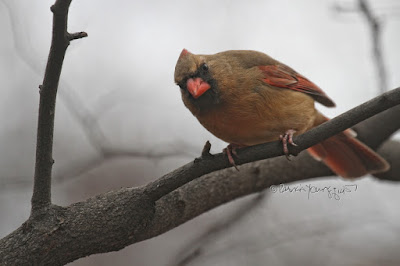 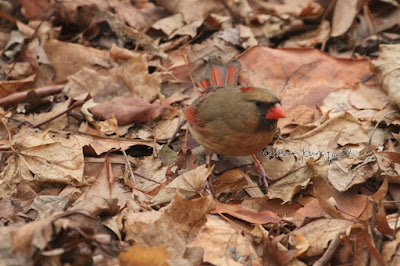 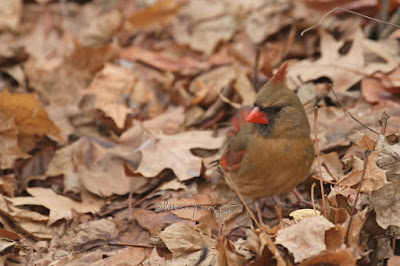 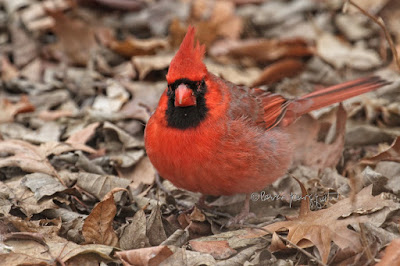 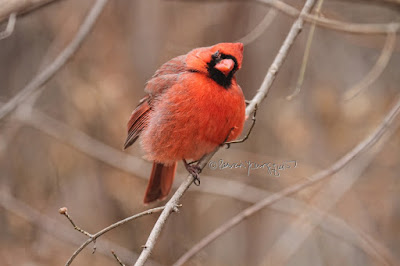 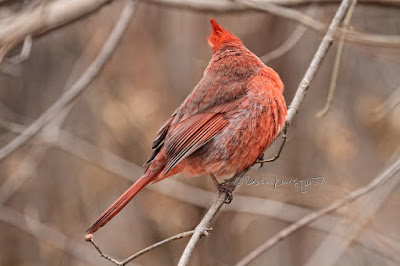 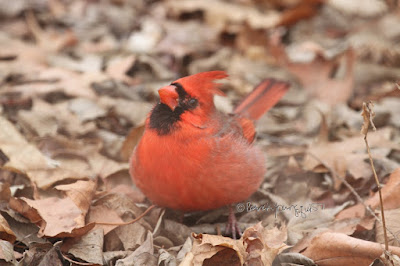 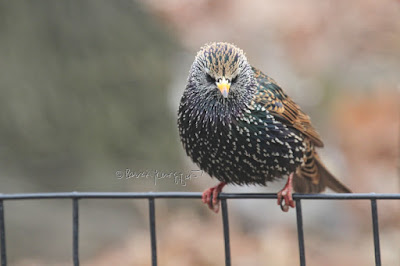 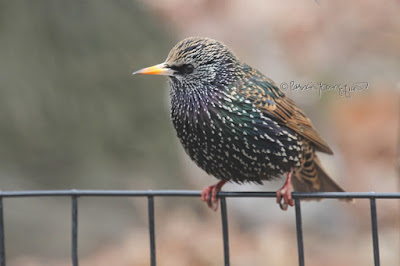 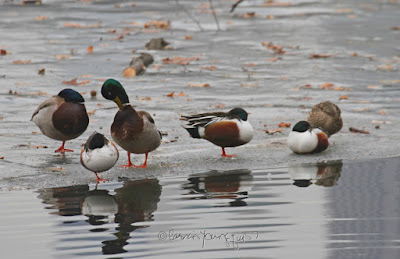 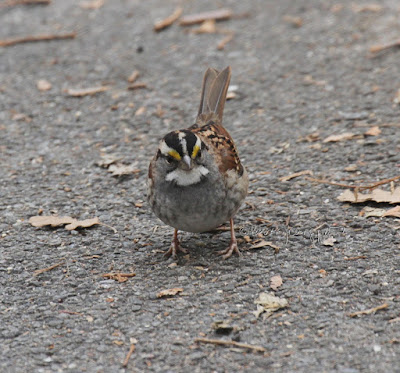 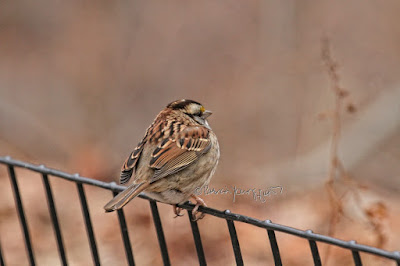 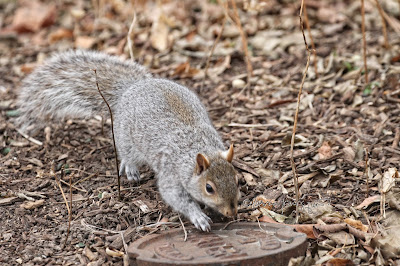 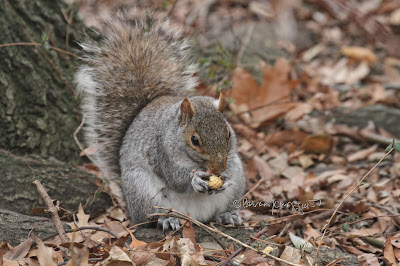 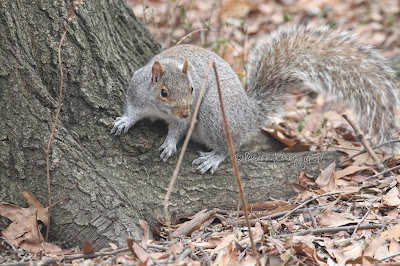