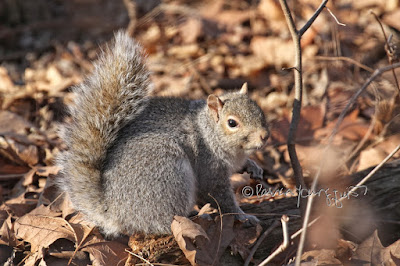 The squirrel featured in the photograph atop this entry is one I encountered in Central Park the other day when I was on a mission to catch another glimpse of a Great Blue Heron.

This squirrel seemed to be giving me a special look, as I took his/her picture; perhaps it's because he/she knew I would be writing about the holiday known as Squirrel Appreciation Day, which is today, January the twenty-first.
According to several sources, including the Huff Post, Squirrel Appreciation Day, was founded by Christy Hargrove, and an animal rehabber. Another source (Holiday Calendar), proclaims that this holiday is the time to "acknowledge the contribution that squirrels make to nature."

They go on to say, "After all, it is estimated that over a billion oak trees are planted by squirrels worldwide when they bury acorns to eat later and then forget where they have buried them – leaving them to sprout."

But getting back to Huff Post's article, it goes on to cite a few facts re a squirrel's tail (which is quite prominent in the image atop this entry). Here's what they have to say:

"Squirrels have big tails for several reasons. Its primary function is for balance by enabling them to dart around quickly without falling. Should they step amiss, the tail is also used as a parachute when they fall and a cushion when they land. In addition, tail gestures are a form of communication. When the tail is flicked, it means, 'Get away.' And lastly, those fluffy tails serve as excellent blankets in the winter."

And Huff post's article (as do many others re this subject) has this to say re this creature's teeth: "They have four front teeth that grow continuously, at a rate of about six inches per year."

I checked a number of sources and they all concur with the info I've offered here, Moreover, they all agree on the idea that one way to celebrate Squirrel Appreciation Day is to go to your local park (in my case this would be both Central Park as well as Riverside Park); and observe squirrels, making sure to photograph them; then post the images with #SquirrelAppreciationDay; and I urge you to do this in honor of this creature's day of recognition. 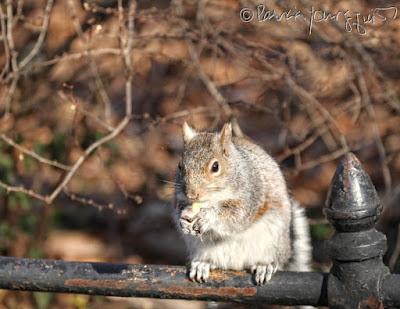 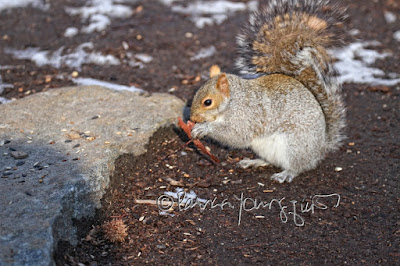 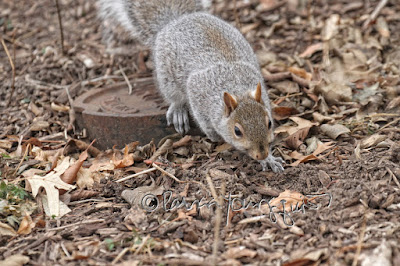 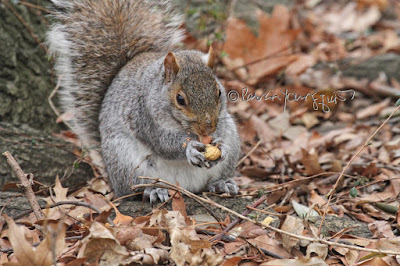 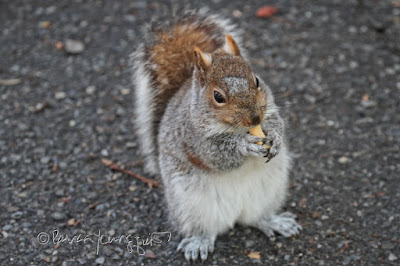 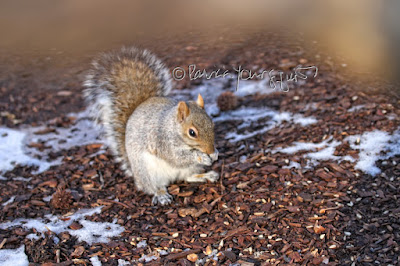 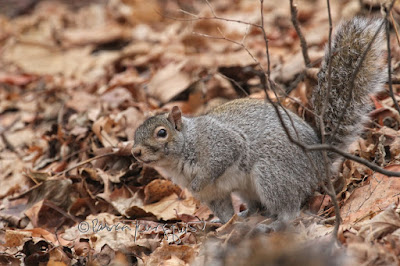 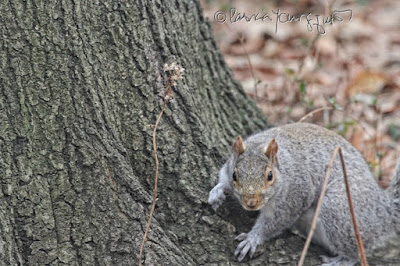 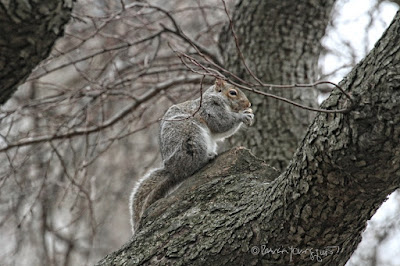 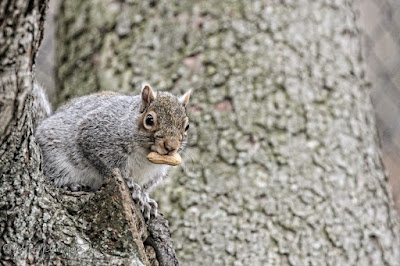 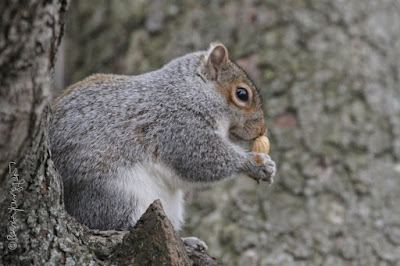 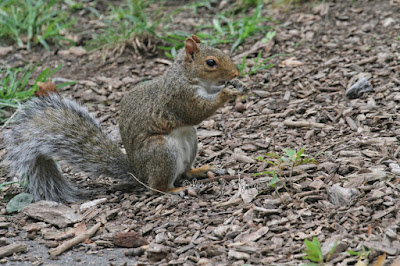 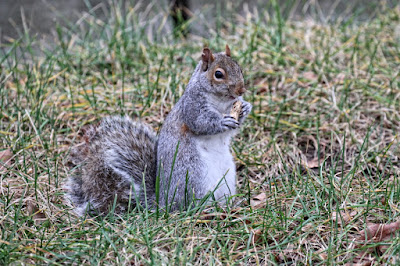 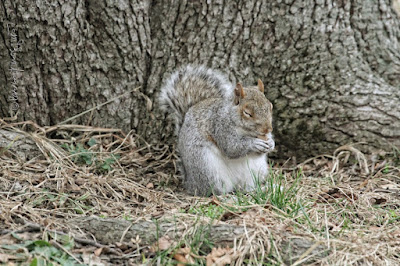 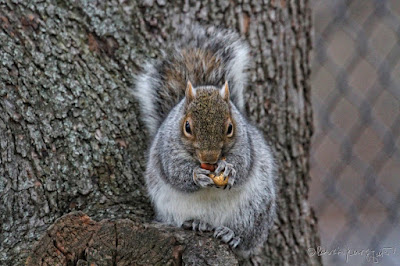 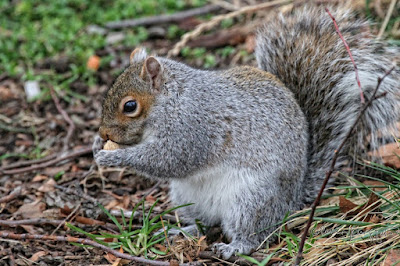