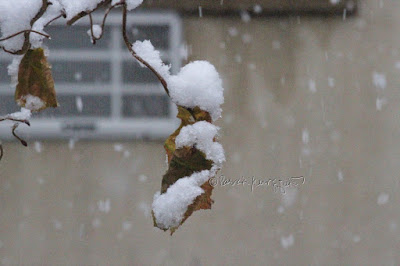 Seeing the leaves of my Avellana corylus AKA Contorted Hazelnut (a shrub which grows in my rooftop garden) all covered with snow (as evidenced in the photo atop this entry) and clinging to their branches, caused me to think of the song, On Top of Spaghetti, which is associated with a nursery rhyme.

But, fortunately, unlike the doomed meatball in that nursery rhyme, I didn't lose any my shrub's leaves that were covered in snow, because NOBODY sneezed!


In bygone years, the Avellana corylus became a Christmas tree in my urban garden, as evidenced in the set of images below. 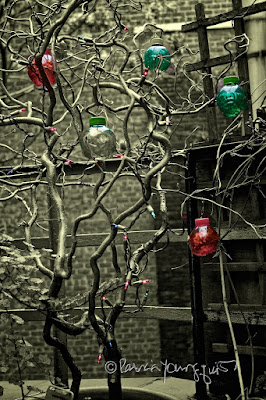 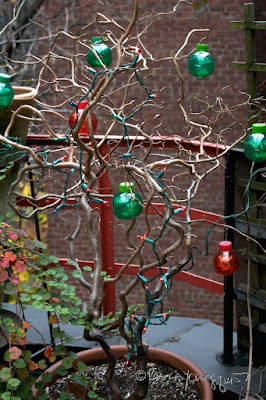 The first photograph in the series directly above features the way I used my Contorted Hazelnut's Christmas-tree look for a Christmas card, this was featured in a previous post here on Blogger, which you may reference by clicking here. The latter picture in this series shows a house sparrow admiring the awesome flowers that my Avellana corylus produces. A closeup of these flowers can be seen in the following pictures. 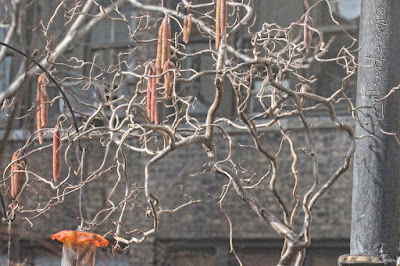 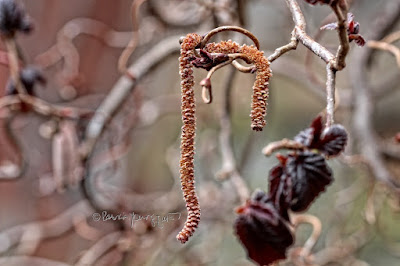 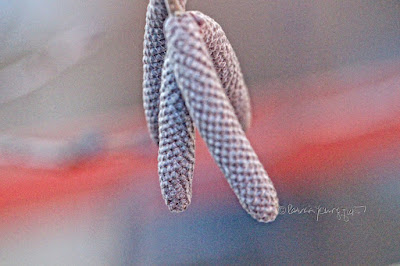 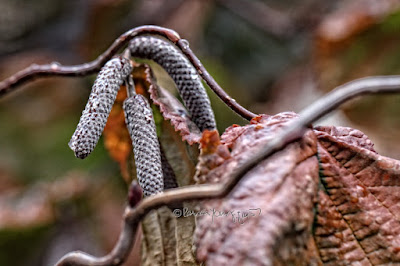 But the sparrow is not the only member of the avian community who enjoys spending time with the contorted hazel nut. Many other birds like to hang out with my Avellana corylus.

These include Cam (my Northern cardinal who is the author of WIOB VOL ONE), male house finches, and mourning doves. A representative from each of these varieties enjoying the contorted hazelnut can be found below.

All of the aforementioned bird types are featured with great detail in WIOB VOL ONE. Other birds who have enjoyed my Avellana corylus include representatives from the families of bluejays, Baltimore orioles, Northern mockingbirds, as well as European starlings of all ages (and are pictured below respectively).

Available in Halloween and all occasion styles!

Featuring Halloween as well as all occasion themes!