It has been bitter cold the past few days here in NYC, so when I heard a Northern mockingbird singing in my rooftop garden, while he/she alighted upon my Avellana corylus, AKA Contorted Hazelnut (as seen in the picture atop this entry), I thought of the poem, I Heard a Bird Sing, by Oliver Herford.

I have posted it directly below:


"I heard a bird sing
In the dark of December
A magical thing
And sweet to remember.

'We are nearer to Spring
Than we were in September,'
I heard a bird sing
In the dark of December."


While we may be "nearer to Spring than we were in September," I wonder if Herford's optimism is of any consolation to the Mallard ducks in nearby Central Park.

As you may know, if  you've followed this blog, their antics have given me so much pleasure, as evidenced in my posts about them, as well as by the following set of pictures featuring them enjoying the lake and pond in Central Park, during better weather conditions. 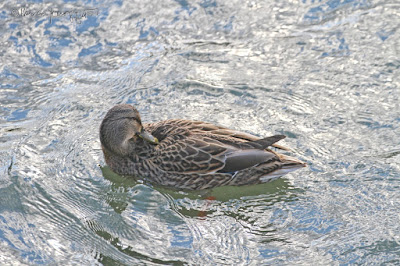 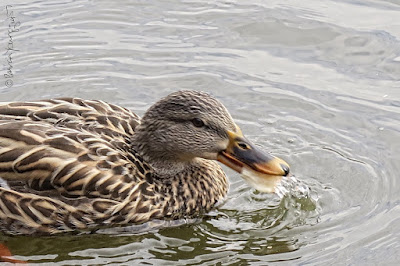 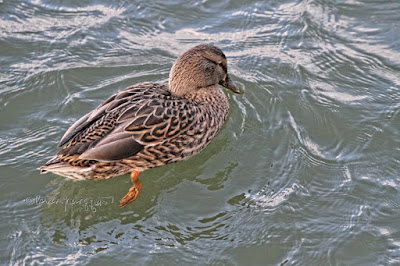 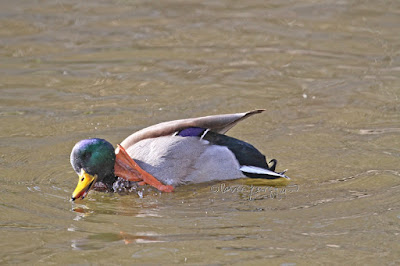 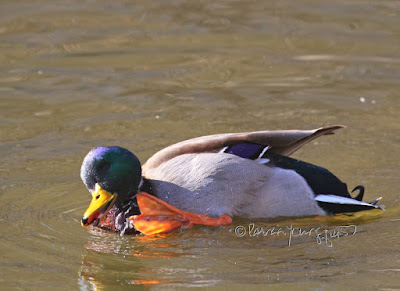 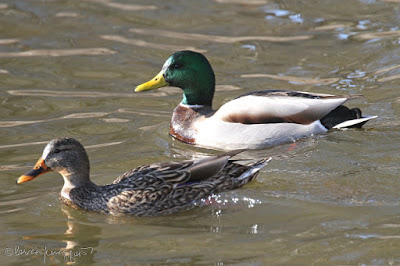 And I've also seen them spending time in the park when it has snowed as they are doing in the photographs below. 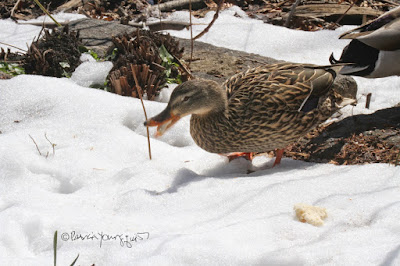 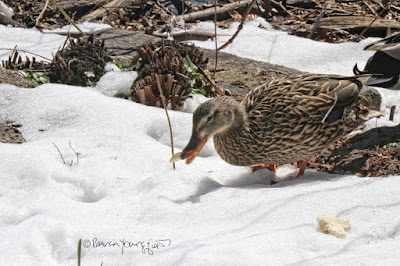 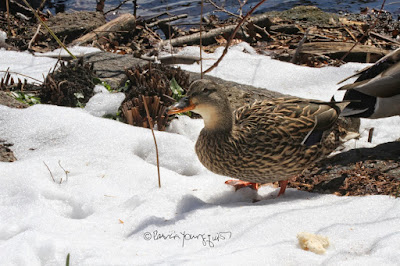 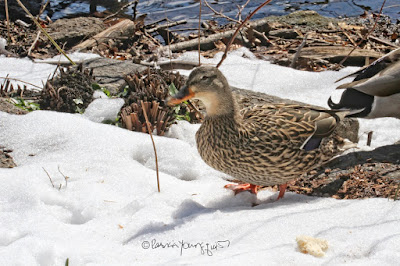 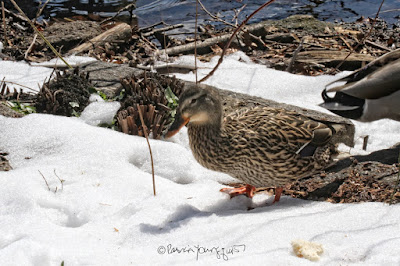 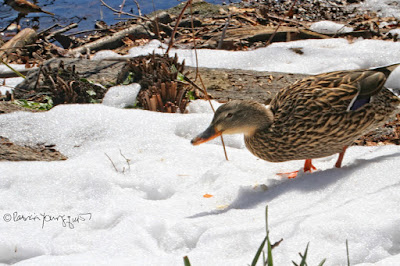 Because of my appreciation for all the birds that I've seen in Central Park, I thought of them when I came upon  a retweet (this morning) from Central Park Moments which stated: An arctic chill will be with us through at least New Year's Weekend. The forecast average temperature at Central Park is 19°F degrees. We do not expect temperatures to rise above the freezing mark for at least the next 7 days.

This retweet included the following image. 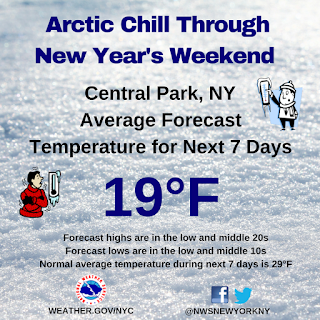 Upon seeing this retweet, I had a Holden Caulfield moment. Holden Caulfield, as you may know, is the protagonist in J.D. Salinger's, The Catcher In The Rye. In that novel, Caulfield questions what happens to the ducks in Central Park during the winter. I've written about this in prior entries here on Blogger, including a post in which I featured the following passages from the novel:

Like Caulfield, I have no answers about the what the Central Park ducks do in the winter, but I do know from my research (which I've referenced in a previous entry) that "According to a number of sources, including Ask a Naturalist, "Ducks, as well as many other birds, have a counter-current heat exchange system between the arteries and veins in their legs. Warm arterial blood flowing to the feet passes close to cold venous blood returning from the feet. The arterial blood warms up the venous blood, dropping in temperature as it does so. This means that the blood that flows through the feet is relatively cool. This keeps the feet supplied with just enough blood to provide tissues with food and oxygen, and just warm enough to avoid frostbite. But by limiting the temperature difference between the feet and the ice, heat loss is greatly reduced. Scientists who measured it calculated that Mallards lost only about 5% of their body heat through their feet at 0o C (32o F) 1. To put this in perspective, the rest of the duck is covered with feathers and in contact only with air, not ice, but because the body is relatively hot, 95% of the heat loss is from the head and body. Meanwhile, the cool feet sit on ice and give up very little heat.

"Less warm blood gets to the foot, keeping the foot cold and reducing the temperature difference between the foot and the ice. This reduces the flow of heat from the duck to the ice.
Bird’s legs and feet are relatively free of soft tissue and even the muscles that operate the foot are mostly located higher up in the leg and connected to the bones of the feet with long tendons. Because there isn’t much soft tissue in the lower legs and feet, there is less need for warm blood. Many birds also have valves in their leg arteries that control the blood flow, and there is evidence that some birds can pulse the blood to the foot. Every once in a while, warm blood flows to the foot to make sure it doesn’t suffer from frostbite. And when you see a duck or other bird standing on one foot in the cold, this probably serves to protect tissue reduce heat loss even further because the one leg that is tucked up under insulating feathers gets a chance to really warm up and recover from any potential cold damage, and with only one foot on the ice, the surface area in contact with a cold surface is cut in half!

Be that as it may, today's weather conditions may prove to be too harsh for them and I hope they survive these coming days of NYC's frigid cold snap, where it does not feel that "We are nearer to Spring, Than we were in September."
Posted by The Last Leaf Gardener