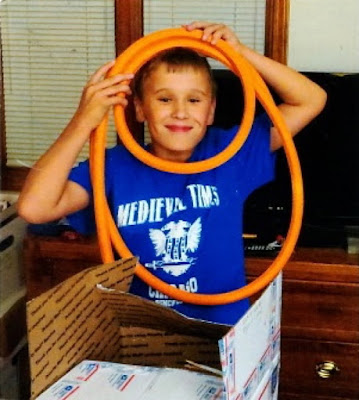 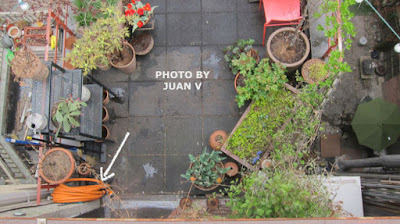 where it is indicated by an arrow I've superimposed over the image; which was also taken a number of years ago. It's an old story, but I'm featuring it today in honor of my nephew's birthday; and, also as a suggestion for what one can do with a garden hose that is too long or cumbersome.
Posted by The Last Leaf Gardener