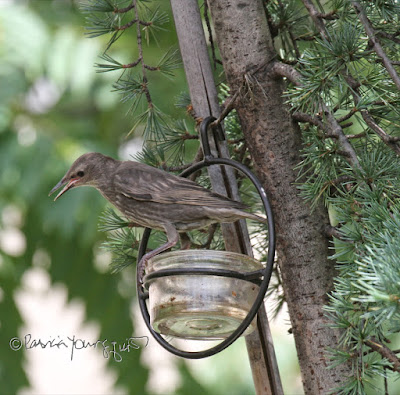 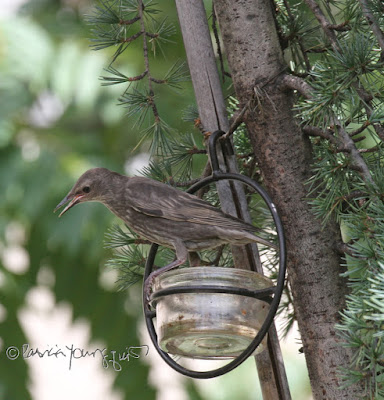 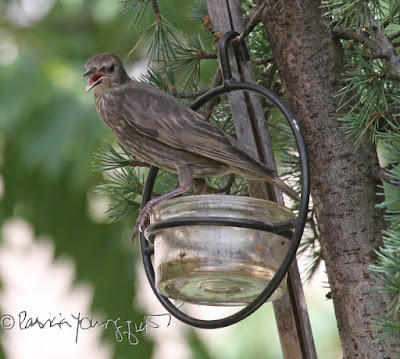 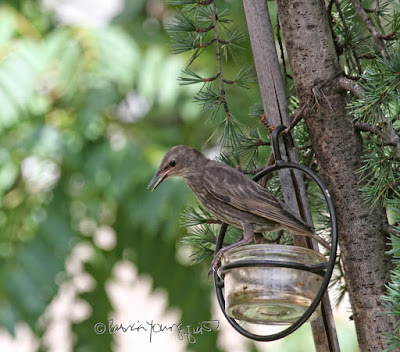 A very young European starling, alighting on a bird feeder, which is hanging on the Japanese Larch (Larix Kaempferi), that grows in my urban garden, had his/her beak wide open for a number of minutes (as evidenced by te four images atop this blog entry).

This is a habit that young birds indulge in when they are begging their parents to drop food in their beak. He/she continued this behavior for several more minutes (as evidenced in the next set of images). 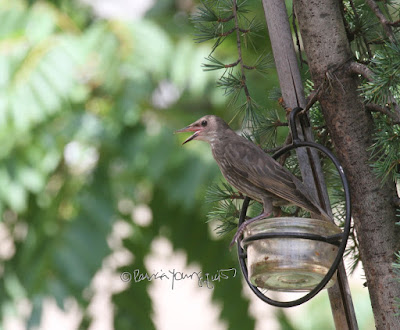 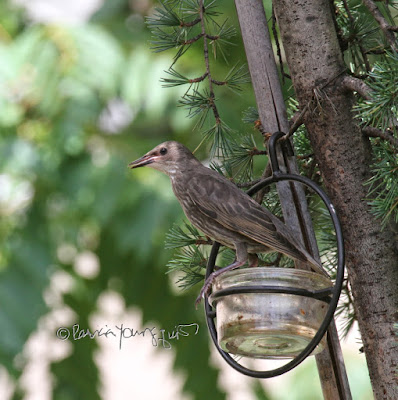 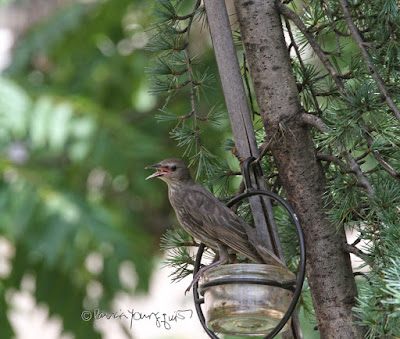 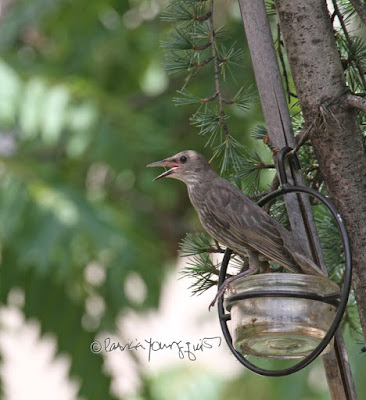 He/she held his/her beak open with a great sense of will and continued to do so! 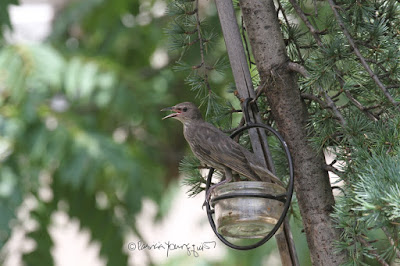 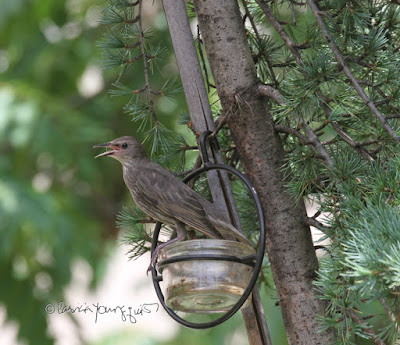 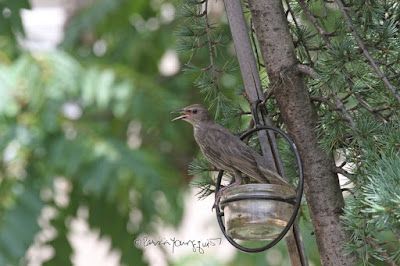 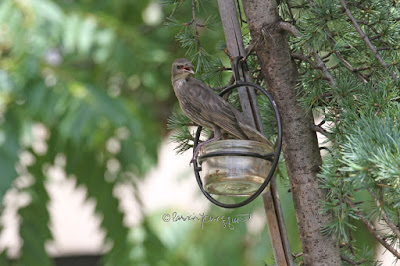 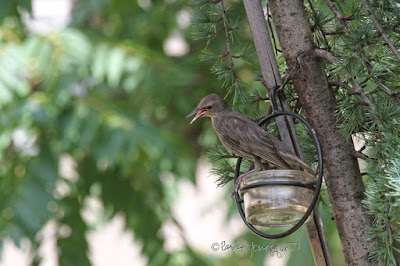 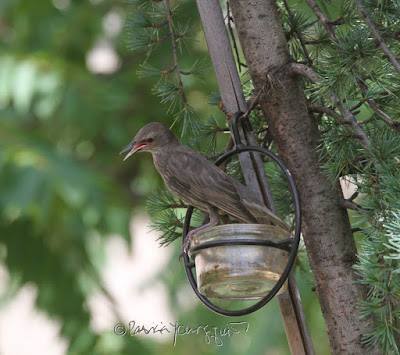 But his/her efforts seemed to be in vain, there was no response from either parent (who I assume were close by).

Finally this young starling, closed his beak and grimaced as he looked at the lone grape sitting in the feeder. 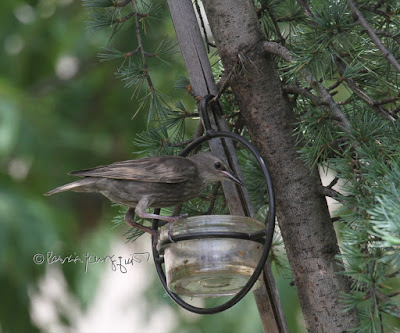 And, indeed, as his mom and dad probably suspected would happen, the young starling succeeded in picking up the grape with his/her beak (as evidenced in the following photograph which is included within a prior entry here on Blogger). 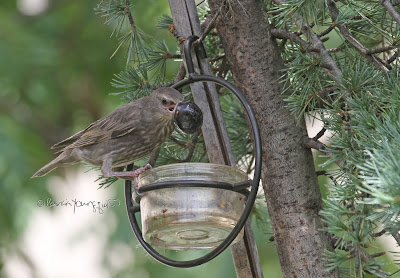 The whole scenario reminded me of an episode from The Family Guy which I've posted below.

My visiting starling seem to be trying the "Stewie tactic," but unlike Stewie's mom, this bird's parents did not give in, which in the end, served to help the young starling learn to help him/herself! Tough love is mastered by adult birds!
Posted by The Last Leaf Gardener