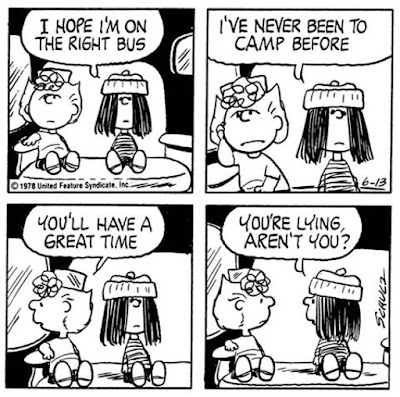 Earlier today, in an entry for my Tuesday's Truths series here on Blogger, I posted an entry which included a You Tube Clip dedicated to the memory of Matthew Garber. He died exactly forty years ago today: June 13, 1977.

Eudora first appeared in PEANUTS in a strip published thirty-nine years ago today on June 13, 1978 (a copy of the strip is posted atop this entry).

You never know when this might come up in conversation, and, now, in the event that it does, you'll know the non-fake news re this beloved PEANUTS character. For your information, dear reader, Eudora's last appearance was exactly nine years after her debut on June 13, 1987.
Posted by The Last Leaf Gardener