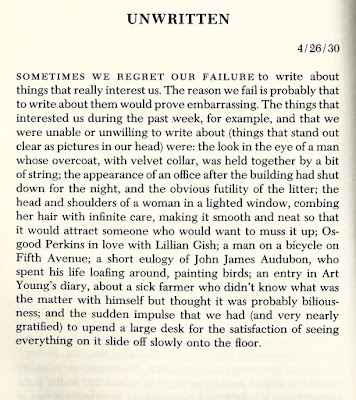 Today, is the eighty-seventh anniversary for The New Yorker publishing UNWRITTEN, a mini essay by E.B. White. I've posted a copy of it atop this blog entry, and it is a piece of writing that you may recognize from prior entries here on Blogger, as I have referred to this in a few posts; but never on the anniversary of the publication.

If you follow any of my cyber-venues, then you probably have realized that E.B. White's writings are something I truly appreciate. This essay speaks to me in terms of my unwillingness to write about things "that stand out clear as pictures in (my) head."

For me, some of those pictures in my head are the actions of an American robin visiting my rooftop garden who looked as if he was doing the hokey-pokey (as evidenced in the photos below). 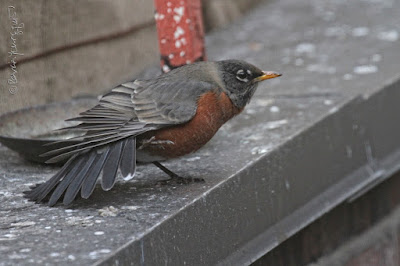 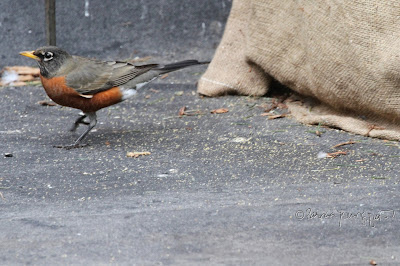 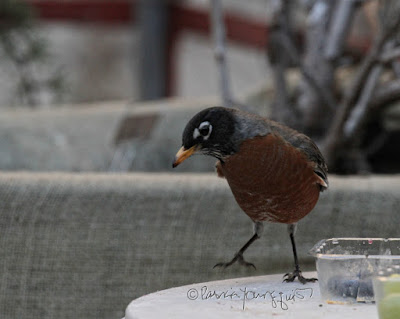 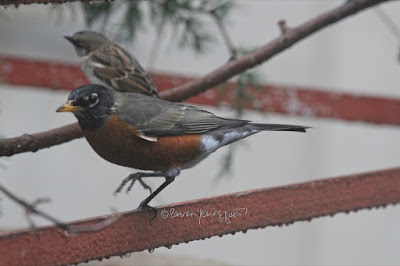 And I even researched the hokey-pokey where I discovered the following image (on Mental Floss); 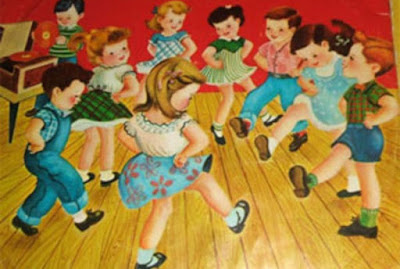 which accompanies a number of interesting facts regarding the origins of the Hokey-Pokey. (Please check out the aforementioned link if you are interested.) Also in my research for information related to the Hokey-Pokey, I found a number of videos on You Tube including the one posted below.

But even though I saw another American robin in Central Park, who looked to be doing the hokey- pokey (as evidenced in the next picture), 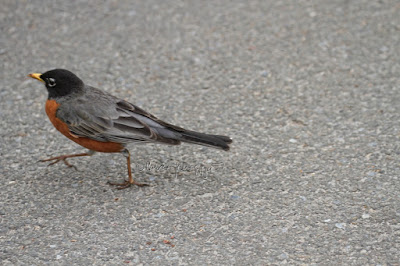 I kept my robin-doing-the-hokey-pokey observation in my head and did not share it via writing. I'm not sure if this was because I thought doing so would "prove to be embarrassing," as White suggests (in the essay atop this entry) to be a reason for an idea to remain in one's head and go unwritten, or if it's because I felt who cares about my equating a bird's movements with the hokey-pokey.


In any event, another unwritten item looming in my head has to do with a different behavior regarding an American robin who I observed this past Sunday; when he spent the afternoon at my place.

The behavior I am referring to involved the bird's beak, which he held open for quite some time as seen in the following images. 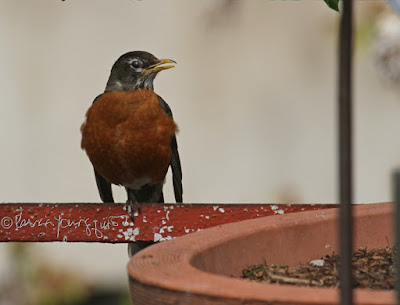 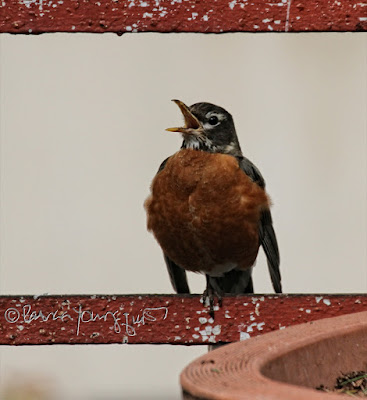 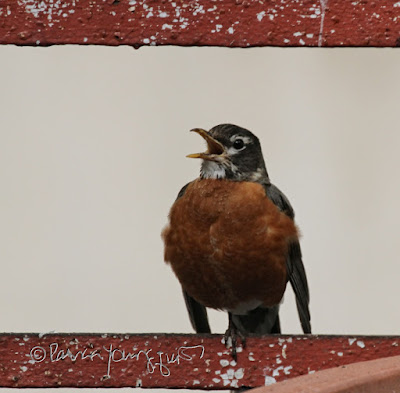 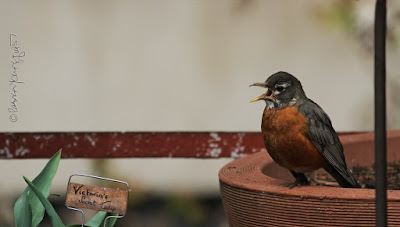 There was no sound coming from his beak. Therefore, I envisioned writing about him having laryngitis or him yawning. I did some research to see if birds yawned and discovered an array of info on this subject, including the following from Elizabeth Goldberg on Quora.

Goldberg explains that "birds do yawn... (and) another behavior that sounds similar is called 'gaping'. A baby bird does this to tell its parent 'feed me!' They can continue this behavior for a while after fledging, when they might look like a grown-up bird to you, but really are still babies."

I found these facts interesting. However, I let them remain in my head, unwritten, out of fear that readers would not; or that they might belittle me, which they have done in the past.

So, once again, my unwritten musings were not rooted in embarrassment as White suggests is the case in these situations. Rather they come from a lack of belief that I have anything to say. And, now that I reflect on my truism re myself, I am wondering if maybe this little robin was holding his beak open (while his thoughts remained in his head) because he might've felt no one wanted to hear him.

Whatever the robin's motive may have been, it is a fact that birds do hold their beaks open as a means of thermoregulation. But that particular behavior only occurs in conditions of hot and humid weather, which was not the case this past weekend when I saw a robin holding his beak open as he spent time in my garden.

Be that as it may, rather the robin was, or wasn't doing the hokey-pokey; and, rather he was yawning or begging to be fed by his parents (or voiceless from his lack of confidence), the robin's stories need to come out of my head and put in a piece of writing.

After all, I live in a tiny apartment and "upending my desk," no matter what the "satisfaction," is not an option, as it would have been for White, eighty-seven years ago.
Posted by The Last Leaf Gardener