Not Fake News: A Case of Mistaken Identity! (This bird is not a Savannah sparrow!) 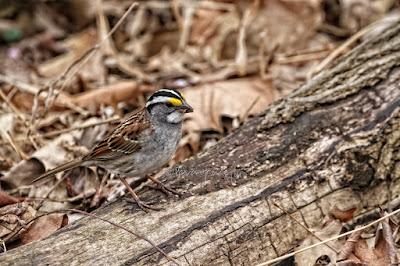 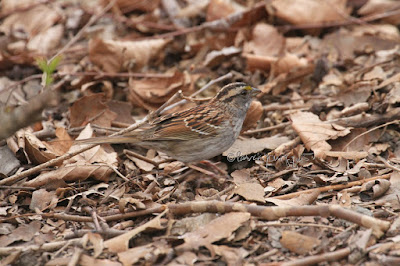 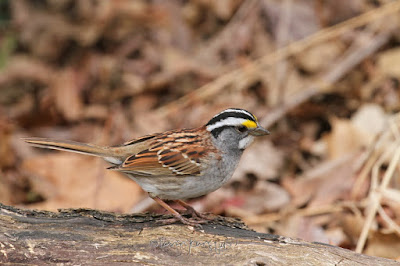 Last Saturday, while walking in Central Park, I came upon the bird featured in the photographs atop this entry. I had never seen this fauna type before and the creature truly fascinated me! I took a number of photos of my sighting, and in the days that followed my chance meeting with the bird, I included my images in posts here on Blogger as well as in my entries on tumblr and Facebook.

However, prior to any of my postings, I reached out to wild life experts to see if I was correct in determining that the sweet looking creature I had met in the park was a Savannah sparrow. Everyone that I contacted confirmed that my assessment was correct and I began to publish my entries on the aforementioned social media platforms, as well as on Cornell's Lab of Orinithology's FB Page.

A few days later, I received a comment (on my Cornell posting) from Jennifer DeSelle-Milam, stating, "Looks like a white-throated sparrow to me. They also have yellow lores."


I responded to her comment, "I truly appreciate you weighing in on this! But, I sought the advice of naturalists, and they agree the bird is a Savannah sparrow. BUT I can ask them again. I am very careful about what I post!"

Ms. DeSelle-Milam was kind enough to reply and I just saw it today. She stated "That clean gray breast, bright white eyebrow and throat... Definitely white-throated."

With all the scrutiny over what is and what isn't fake news, I reached out to my Twitter community; and asked them to help me clarify if the bird I had been told was a Savannah sparrow, was indeed a White-throated Sparrow!

Fortunately for me, someone from Wild Birds Unlimited Michigan responded to my tweet and referred me to the You Tube Videos posted below.

In addition to referring me to these videos, Wild Birds Unlimited Michigan also referred me to their blog post re White-throated sparrows, which states: "The White-throated Sparrow is medium sized sparrow with brown streaked upper parts, plain gray underparts, and has a conspicuous white throat and yellow lores above the eyes between black-and-white or black-and-tan stripes on the head."

And, so dear reader, it appears that the naturalists I consulted as well as myself made the wrong determination, the bird whom I've been referring to as a Savannah sparrow is indeed a White-throated sparrow!

I'm very grateful to Jennifer DeSelle-Milam for reaching out to me about this which led me to my quest in confirming the bird's identification. And many thanks to Wild Birds Unlimited for their detailed response to my tweet.

I'll end it here as I want to retrace my steps in cyber-space before any fake news is spread re the bird I encountered last Saturday in Central Park!
Posted by The Last Leaf Gardener