In any event, this year's Easter season did not find me participating in organized religious services (other than Ash Wednesday), as I have felt alienated from my parish, and my attempts to worship elsewhere have been futile. Moreover, for the most part, church going folks have been the ones to let me down while those who don't attend services have been supportive of me.

However, this past Friday, which was Good Friday, I had planned to attend a service at a church other than my own. This was because someone who lives out of state had contacted me in early March to let me know that she would be in NYC, and wanted me to go to church with her on that date.

She also mentioned that she intended to introduce me to someone influential who might be helpful to me in advancing my endeavor with my collection of fauna-flora-insect-themed postcards and or my book, Words In Our Beak Volume One.

For on Good Friday, while I was waiting for her call, I did a bit of organizing in my home (moving my winter clothes to the back of my closet), and I had an unexpected visitor (a young mourning dove) enter my home. He can be seen perched on my air-conditioner, staring out into my urban garden, through my somewhat dirty window (in the following photograph). 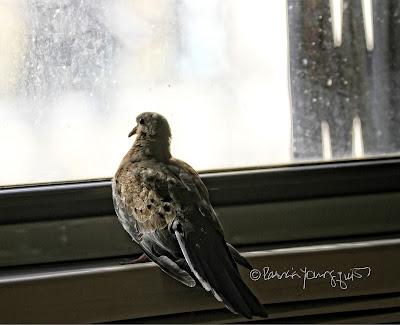 He had been so quiet that I hadn't noticed his presence, but when I moved about, it startled him and he began flying extremely close to the window; in an attempt to make an exit (as evidenced below). 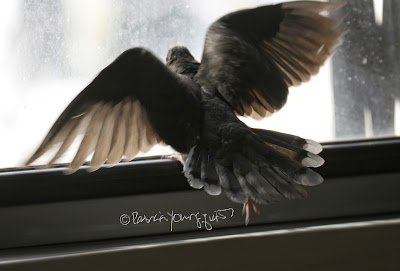 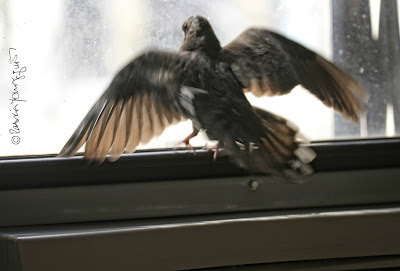 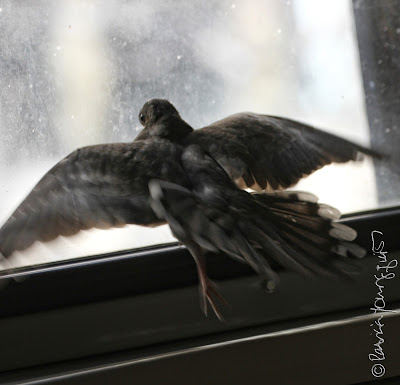 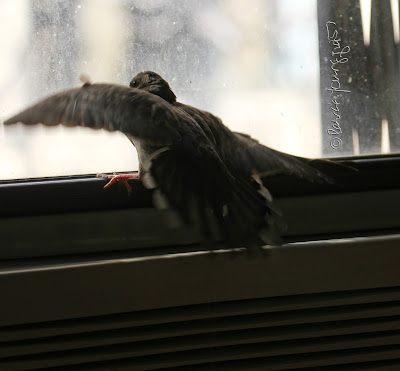 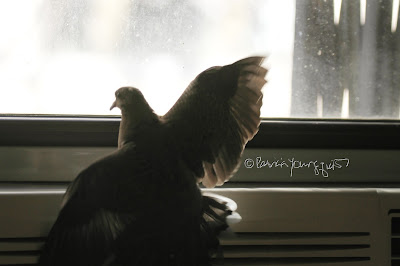 I was truly worried that he'd get a concussion, therefore, I was very careful in my attempts to usher him outdoors. Although it's very hard to determine exactly what a given bird is looking at, it seemed he was getting guidance from one of his parents. I say this because he kept his point of focus, before doing something that adult mourning doves do when they perceive danger is present, which is to perform nest-distraction displays, such as a broken-wing display. (This is a topic that I discussed in a recent entry here on Blogger.)

At least it certainly appeared that he was attempting to do a broken-wing display, which he may have seen his parents do (as evidenced in the next picture) or they have been guiding him to do from the other side of the window. Whatever he was doing, he kept his gaze centered on the same focal point. 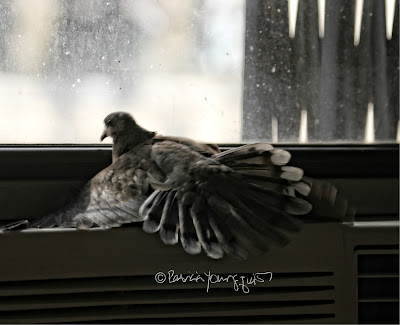 Because I had been in the process of putting my winter clothing in the back of the closet when the mourning dove arrived, my heavy jacket was on a chair that happens to be near the window. And while I was devising a plan to help him get out of my place without causing him fear, he moved from his spot atop my air-conditioner and sat on my coat, but kept the same wing display. 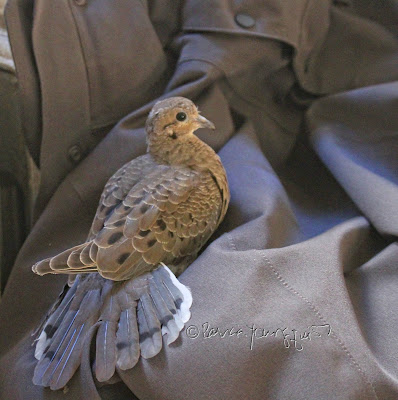 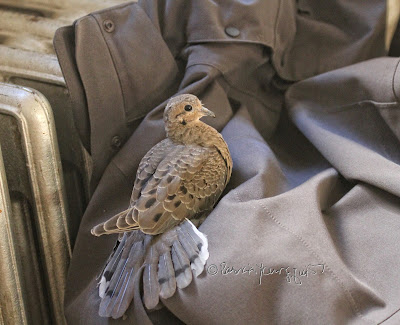 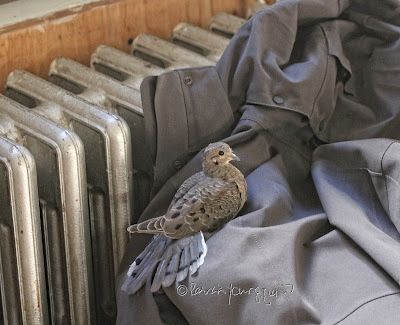 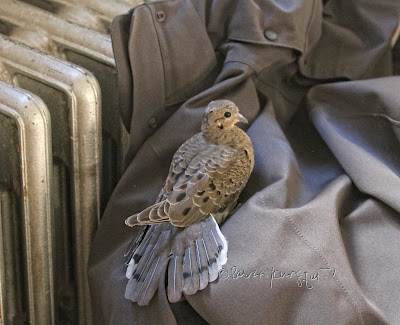 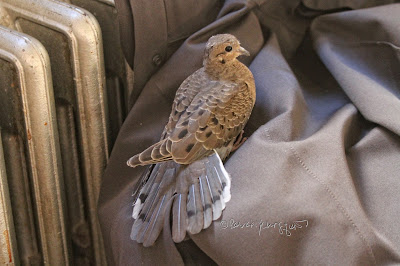 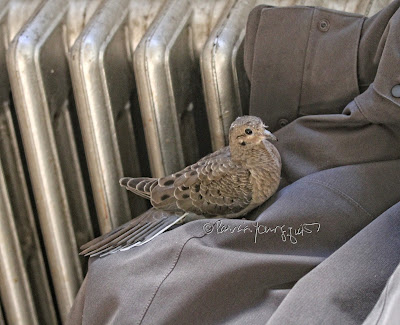 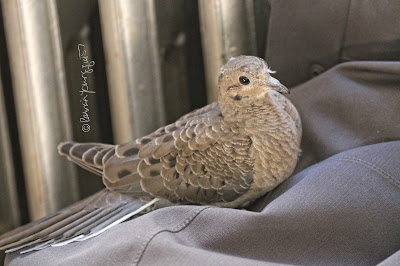 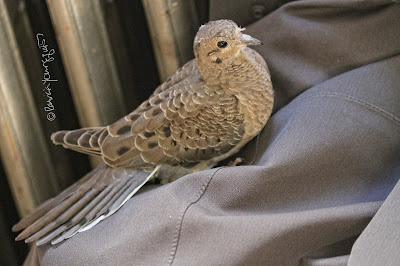 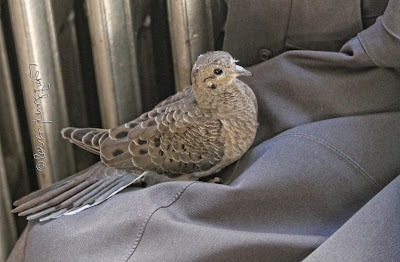 I would've been honored to be in his company for whatever the duration, but I knew he would have to go back outside.

Fortunately because of my first experience in participating in rescuing a pigeon, I was taught what to do if I encountered an injured bird. And while my visitor wasn't injured, I assumed the "what to do" procedure would be similar. The "what to do" involved my not towering over the bird and attempt to throw a towel over him, put him in a box, and free him in my garden. However, I was not successful at putting a towel around this bird, but I did notice a lid to my storage box was close to the mourning dove and I was able to coax him on to it. Then I carried the lid with him atop it to the doorway which leads to my garden; and off he flew!

This mourning dove's visit caused me to recall Henry David Thoreau's remarks about the time when a sparrow came to him while he was gardening. I have mentioned it a few times here on Blogger, but it is worthy of repeating: “I once had a sparrow alight upon my shoulder for a moment, while I was hoeing in a village garden, and I felt that I was more distinguished by that circumstance than I should have been by any epaulet I could have worn.”

I was so honored to be in the presence of such a sweet bird, that my being blown off by my out of state friend no longer seemed so disappointing.